Scientists just published their findings on the discovery of two 99 million-year-old baby dinosaur wings – with feathers still attached – found encased in amber. I'm going to repeat that: We've got two dinosaur wings so well-preserved in amber that scientists can study their feathers.

No, you aren't living in the first 10 minutes of an unpublished Jurassic Park sequel.

The wings seem to come from enantiornithes, a group of transitional dinosaurs with teeth and claws on their wings but that otherwise resembled modern birds. The wings got trapped in tree sap, which – as it turned to amber – encased them and preserved them more effectively than the more common fossilisation process would have.

In their paper revealing their findings, the researchers "tentatively" suggest that the two wings come from the same species of enantiornithes. And they're so well-preserved that they show how similar the feathering is to that of modern birds.

Modern birds are understood to be the last surviving dinosaurs, so any glimpse into how they emerged is fascinating.

Preserved colouring in the feathers reveals layers of brown and white feathers in one of the wings, in patterns similar to those we still see today. In fact, almost everything the researchers examined from the skin and muscle to the microstructures of the individual feathers resembles the wing structure of today's avians. 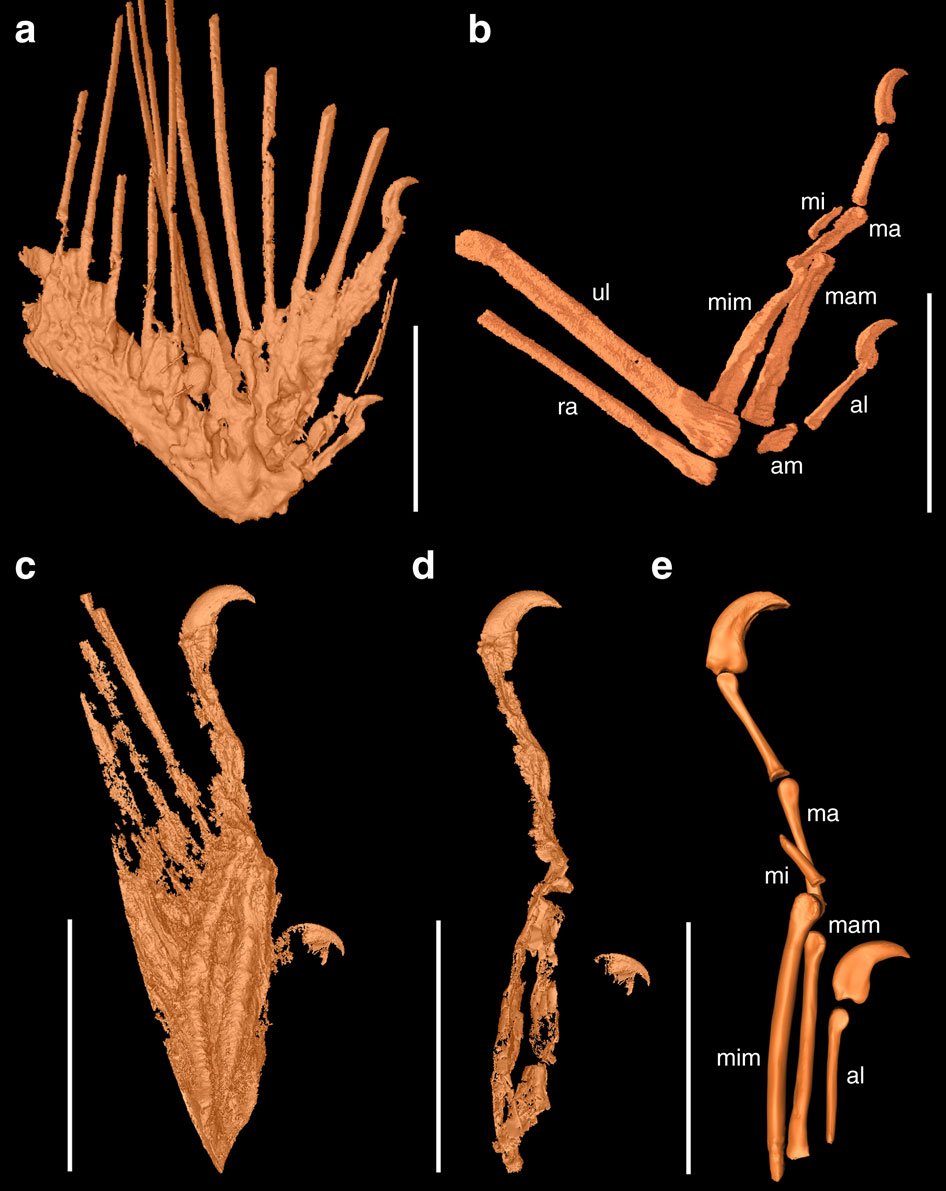 These findings are special because it's incredibly rare to find fossils this old and well-preserved. In normal fossilisation processes, feathers tend to disappear, leaving behind only difficult-to-interpret impressions on surrounding rock. And when feathers do turn up in amber, it's usually alone and without much context. These wings though are astonishingly complete.

One more amazing fact from the paper: It looks like the ancient dino-bird baby might have still been alive when it got buried in the tree sap. Preserved claw marks around the wings suggest some kind of struggle happened before the sap hardened.