Society07 May 2018
By Fiona MacDonald

Researchers have tallied up the "scientific" advice offered by popular US TV programs The Dr Oz Show and The Doctors, and found that half of it was blatantly wrong or had no evidence behind it.

We can't say we're surprised, but with both shows attracting huge audience, and The Dr Oz Show just having been renewed for its 11th and 12th season, it's a pretty disappointing result.

Back in 2014, the team of researchers from the University of Alberta in Canada came up with the number after watching random episodes and investigating 479 recommendations The Dr Oz Show and 445 from The Doctors.

Their research showed that, on average, the shows give their viewers around 12 different recommendations per episode. But only half of them are supported by research.

The other half are either baseless or actually contradict what the best-available science tells us.

The results were published in the British Medical Journal.

The chart from the article below breaks down some of the most common advice given on the shows. 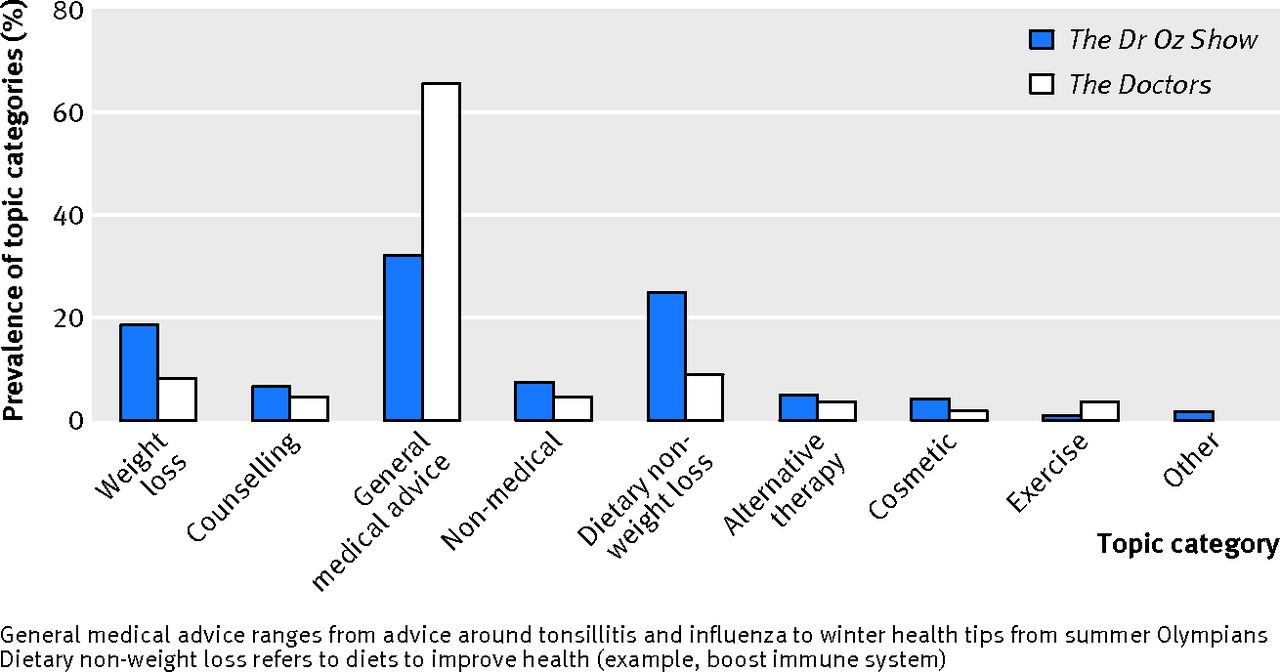 "Anyone who followed the advice provided would be doing so on the basis of a trust in the host or guest rather than through a balanced explanation of benefits, harms, and costs," the authors write.

"The near absence of potential conflict of interest reporting further challenges viewers' ability to balance the information provided."

Their conclusion? "Consumers should be skeptical about any recommendations provided on television medical talk shows, as details are limited and only a third to one half of recommendations are based on believable or somewhat believable evidence."

Maybe they should have that as a disclaimer at the end of each show.

We'll soon get to see if Dr Oz's advice to Trump's Council on Fitness, Sports, and Nutrition is any more accurate.

A version of this article was first published in December 2014.