In astronomy, cutting-edge technology often begins with a bunch of bulldozers, busted rocks, and dump trucks.

So it goes with the Giant Magellan Telescope (GMT), which will be the world's largest and most powerful when it sees "first light" in 2024. Astronomers hope to use the huge observatory to study the ancient universe and look for signs of alien life.

Construction crews atop a Chilean mountain range broke ground for the $US1 billion project on Tuesday.

The final device will weigh more than 2 million lbs, so workers are now punching a 23-feet-deep hole in bedrock that they will eventually fill with concrete to support GMT's enormous weight.

"It will be supported by a 1,000 ton steel telescope structure that will be housed inside a rotating enclosure that will measure 22 stories tall and 56 meters wide," a representative for GMT told Business Insider in an email. 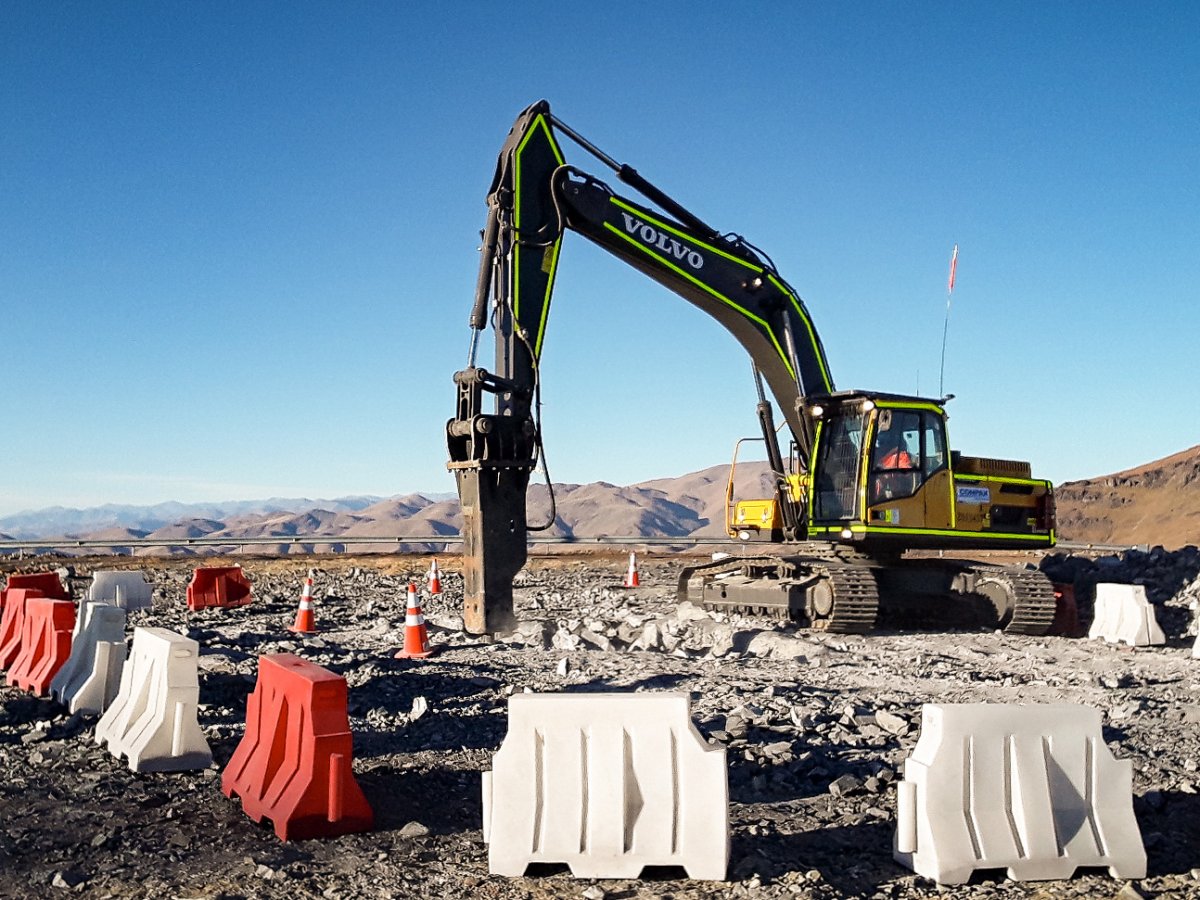 The GMT is being built at Las Campanas Observatory in the Atacama Desert, one of the highest and driest regions on Earth. The site provides astronomers with clear views of the night sky almost year-round.

To help probe the universe, GMT will eventually have seven 27-feet-wide mirrors, each weighing close to 20 tons. Together their light-collecting area will be about the size of a basketball court.

The telescope will also use laser-based "adaptive optics" to measure distortion caused by Earth's atmosphere, correct for that interference, and produce crisper and clearer pictures.

"The GMT mirrors will collect more light than any telescope ever built and the resolution will be the best ever achieved," the project claims on its website.

One estimate suggests the images will be up to 10 times more resolute than those of NASA's Hubble Space Telescope.

What the Giant Magellan Telescope may discover 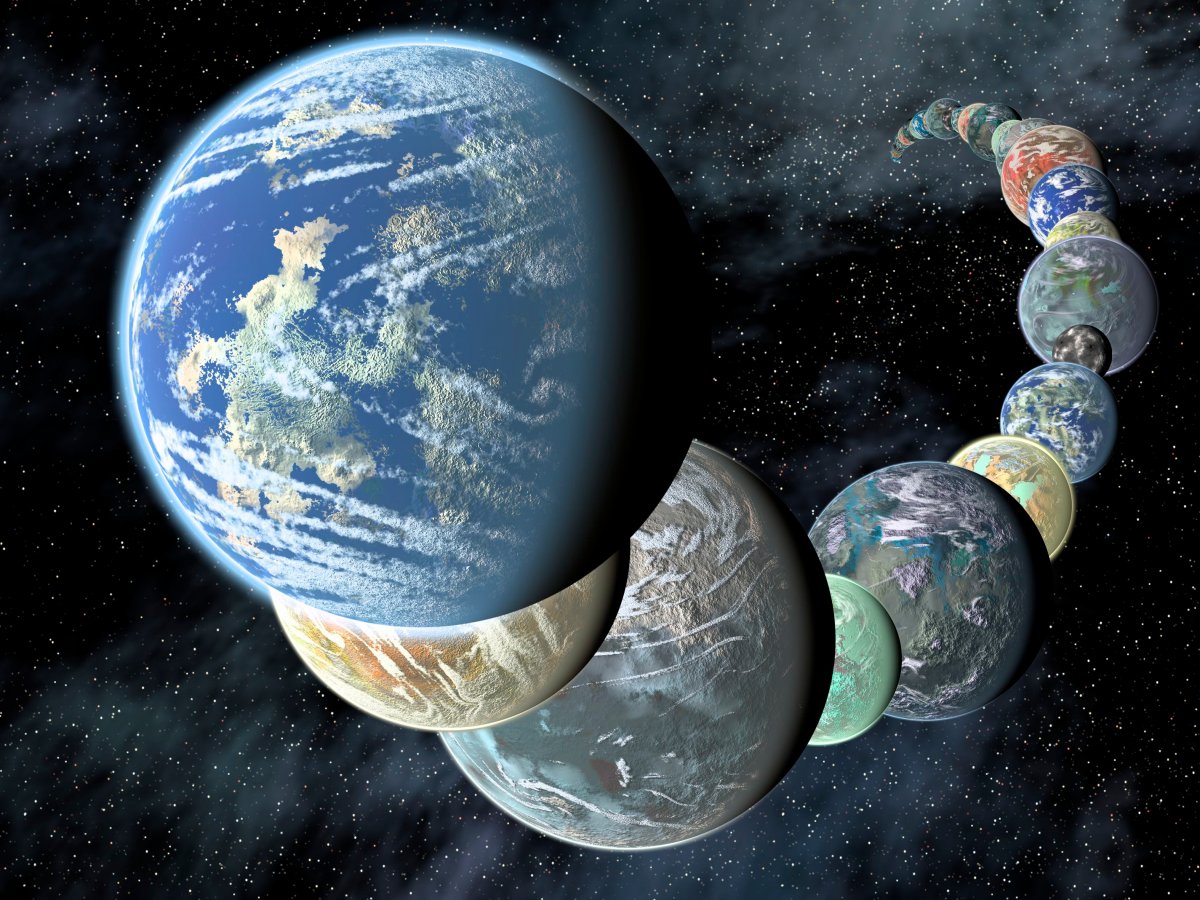 The Giant Magellan Telescope is geared toward studying galaxies in the deep universe, but it could play a pivotal role in answering whether or not life on Earth is alone in the universe – or at least refine the likelihood of that possibility.

GMT will follow in the footsteps of NASA's Kepler space mission, launched in 2009, which discovered thousands of new worlds. About 50 of those are Earth-size and may be cosy enough to support alien life.

But Kepler probed deep and narrow sections of the night sky. NASA's follow-on space mission, called the Transiting Exoplanet Survey Satellite (TESS), is now scanning 85 percent of the entire sky for worlds within about 200 light-years of our own (a relative stone's throw in space). TESS is only equipped to detect possible exoplanets, though, not study them in detail.

Another upcoming NASA space mission, called the James Webb Space Telescope (JWST), may be powerful enough to sample light from an exoplanet's atmosphere after it launches, perhaps in 2021.

Such measurements could help verify if an Earth-size planet has signs of biology and perhaps even breathable air.

However, JWST may not be big enough to take detailed measurements of an Earth-size planet. This is where GMT – expected to be about 14 times as large – could excel. Here's how it compares to JWST and other planned and current astronomical observatories:

With its full resolving power, GMT might be able to "sniff" alien atmospheres.

"As a planet passes in front of its star, a large telescope on the ground, like the GMT, can use spectra to search for the fingerprints of molecules in the planetary atmosphere," Patrick McCarthy, a leader of the project, previously told Business Insider.

Spectra refers to the blend of colours in starlight. When that light passes through a planet's atmosphere, chemicals absorb and remit certain parts – leaving a smoking-gun pattern of their presence.

A mix of oxygen and methane gases similar to that of Earth's atmosphere, for example, could be a "fingerprint" of life's presence on an exoplanet.

McCarthy also said large and powerful new telescopes like GMT might be able to deduce weather systems and surface features of planets located trillions of miles away.

If Russian billionaire Yuri Milner has his way, we might even send tiny, high-speed spacecraft past the most promising planets in the next few decades.