A 74-Year-Old Woman Has Given Birth to Twins. Here's How That's Possible

A 74-year-old woman has given birth to twin girls in the southern Indian state of Andhra Pradesh, reviving several controversies around geriatric pregnancies.

The doctor who delivered the babies, Sankkayala Uma Shankar, told The Washington Post on Friday that the mother, Mangayamma Yaramati, provided a birth certificate showing that she is 74, though some news outlets have reported that she is 73.

Shankar, an IVF specialist, delivered the twins via Caesarean section Thursday, and told The Post that the mother and the babies are doing well.

Yaramati and her 82-year-old husband, Sitarama Rajarao, said they had wanted children for years, and that they had been stigmatized in their village for being childless, BBC reported.

"We tried many times and saw numerous doctors," she said. "So this is the happiest time of my life." 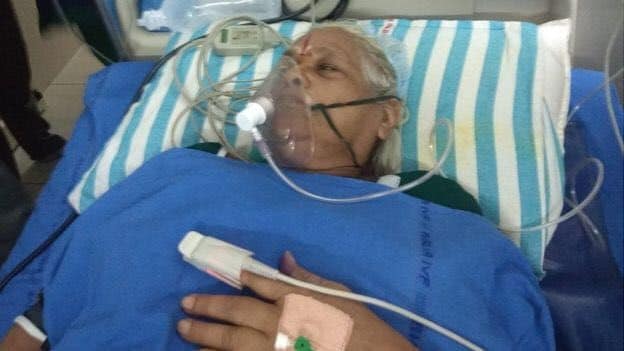 "The [pregnancy] was smooth. There were no complications," Shankar told The Post. "She only had respiratory issues, but that was taken care of."

The twins were conceived through in vitro fertilization. Because Yaramati had experienced menopause, a donor's egg was fertilized with Rajarao's sperm before it was implanted in the new mother, doctors told the Hindustan Times.

Shannon Clark, a professor of maternal and fetal medicine at the University of Texas Medical Branch at Galveston, said Yaramati's delivery is atypical but not surprising given the existing technology around assisted reproduction.

A woman's eggs deteriorate in quality and quantity over time, but her uterus "is not subject to the same age constraints," Clark explained. By turning to egg donors, as Yaramati did, women are able to carry babies at an advanced age. 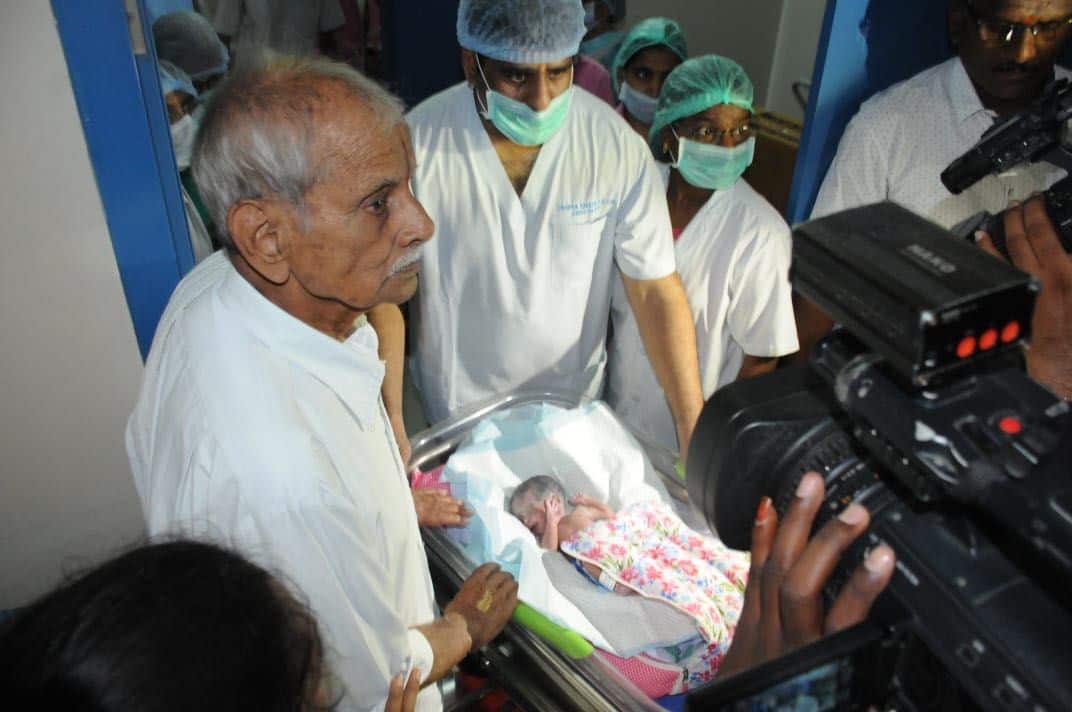 Sitarama Rajarao, 82, stands with one of the twins his wife birthed. (B. Venugopalarao)

Yaramati's doctors say that at 74, she is the oldest person in the world to give birth, though this was not immediately verifiable. Three years ago, another Indian woman, Daljinder Kaur, gave birth in her early 70s.

She was reported by the Guardian to be 72, though her age was also not verifiable at the time. In 2007, a 59-year-old British mother broke the world record for giving birth after a natural pregnancy, the Telegraph reported.

Several ethicists raised concerns about Kaur's pregnancy in 2016, arguing at the time that giving birth at such a late age is irresponsible. Others, including Kaur's doctor, countered that childbirth is a "fundamental right" that should not be denied to individuals based on their age.

In a 2016 document, the Ethics Committee of the American Society for Reproductive Medicine discouraged physicians from "providing donor oocytes or embryos to women over 55 years of age, even when they have no underlying medical problems."

The committee cited concerns around maternal and fetal safety, longevity and "the need for adequate psychosocial supports for raising a child to adulthood."