When stars are young, they're often surrounded by a ring of dust and gas known as a protoplanetary disk. Eventually, the material in this disk can clump together, forming everything from planets to asteroids.

Now, an international team of researchers has found a young star with thin rings and gaps in the outer part of its protoplanetary disk, a region typically home to wide, smooth halos - and they think a newborn exoplanet is to blame for the strange but stunning structures. 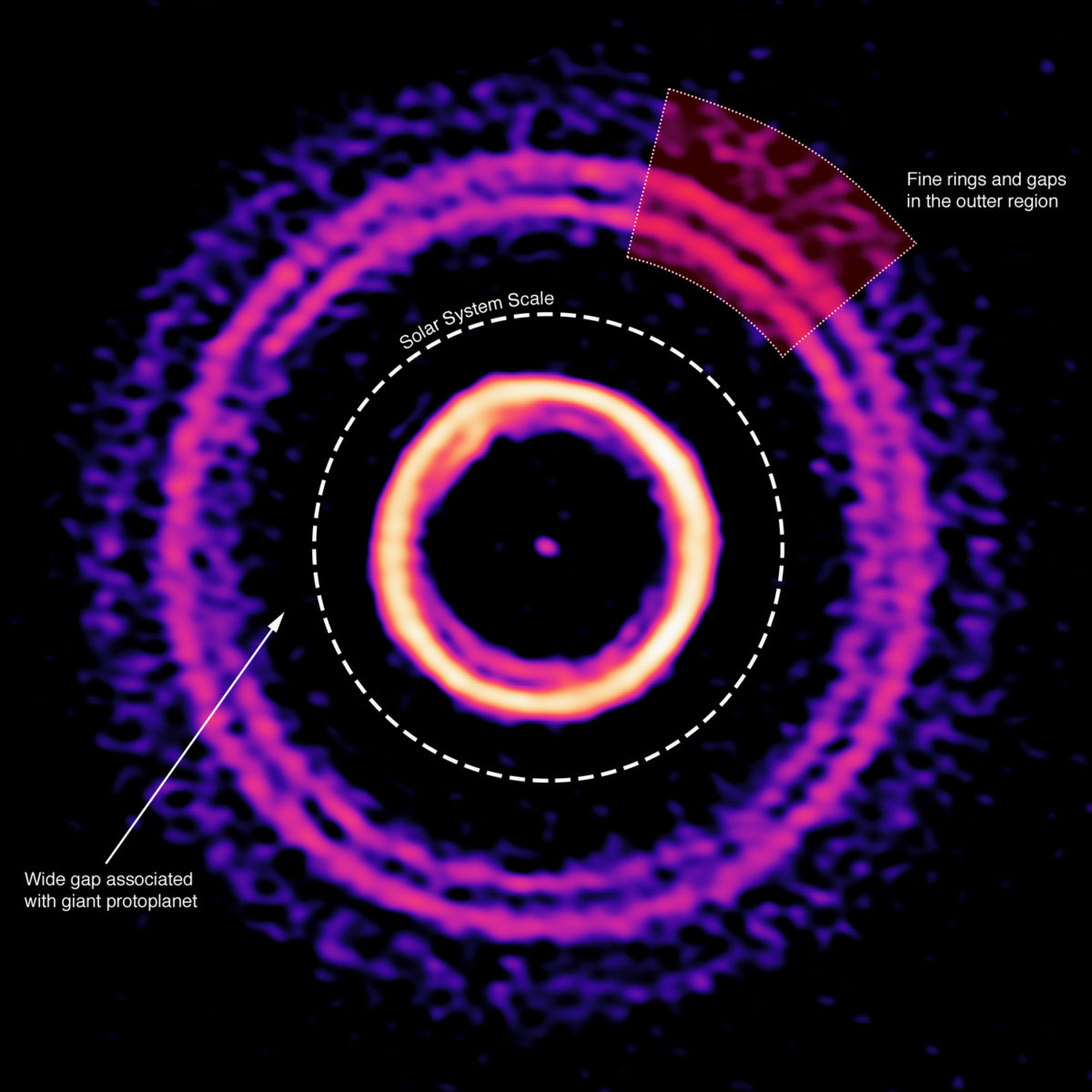 In a paper published Friday in The Astronomical Journal, the researchers describe how they noticed the strange rings while studying images of HD169142, a protoplanetary disk 370 light-years away, produced by the Atacama Large Millimeter/submillimeter Array.

Based on their analysis, the scientists determined that the never-before-seen structures in HD169142's outer disk were likely caused by the inward migration of a recently formed exoplanet about 10 times as massive as Earth.

"Here, one small planet interacting with tiny dust particles can reproduce these rings in isolation, revealing its properties in an indirect way," lead researcher Sebastian Pérez from the University of Santiago, Chile, said in a press release.

"This one and other similar experiments open new possibilities of characterization of super young extra-solar planets."