The pups are a rare example of monozygotic, or 'identical', twinning in mammals - something that’s been reported in horses and pigs before, but appear to be incredibly uncommon in most species except for humans and armadillos.

When de Cramer delivered the pups from the same placenta via a Caesarean section, he suspected he had the first monozygotic dogs known to science on his hands.

"When I realised that the puppies were of the same gender and that they had very similar markings, I also immediately suspected that they might be identical twins having originated from the splitting of an embryo," he told Melissa Hogenboom from BBC News. 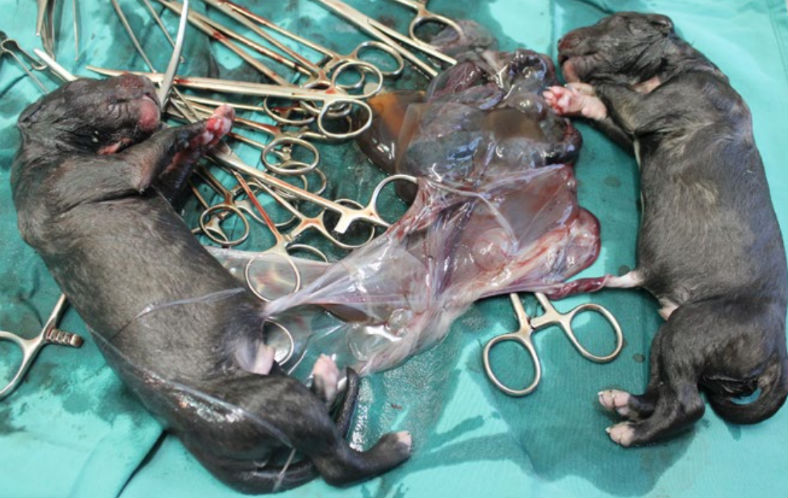 But there was one problem - the pups didn’t look entirely identical. They had slightly different markings on their paws, the tip of the tail, and chest, and seeing as pups from the same mum often look very similar, he needed more proof.

At two weeks old, the pups had blood samples taken and these were sent to reproductive specialists Carolynne Joone from James Cook University in Australia and Johan Nöthling from the University of Pretoria in South Africa, and they confirmed de Cramer’s suspicions.

"DNA profiles of twins A and B were identical at all 40 genetic markers," the researchers conclude in Reproduction in Domestic Animals. "To the best of our knowledge, this is the first report of monozygotic twinning in the dog confirmed using DNA profiling."

The researchers explain that, just like in humans, animals can be identical twins without being entirely identical, because the genes that encode certain physical differences can be expressed in different ways.

If you know a pair of identical twins, you can often pick out subtle variations between the two, such as slight differences in height or a mole on one and not the other. The same thing goes for identical twin dogs with slightly different colour patterns.

"Human identical twins also have the same genes, but because those genes are expressed differently in each person, they have different freckle and fingerprint patterns," de Cramer told the BBC. 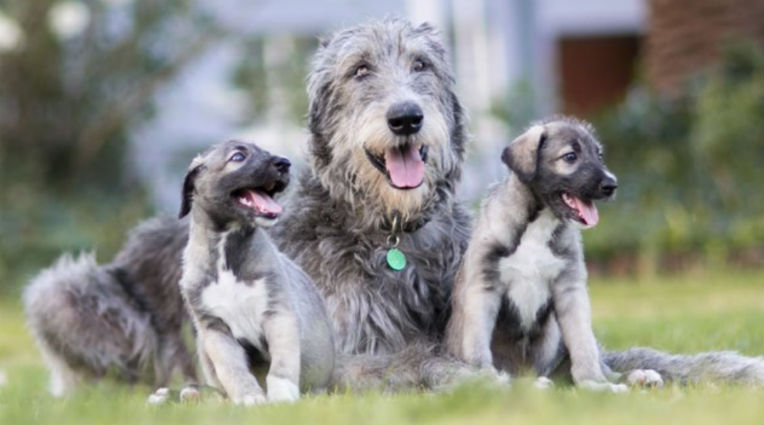 So if humans have a 1 in 330 chance of birthing identical twins, why is the phenomenon so incredibly rare in most other animals?

There team offers up two explanations.

The first is that monozygotic twins might not be all that uncommon at conception, but because they put such an incredible strain on the mother by having to fit into the same placenta, and then share nutrients throughout the pregnancy, it's thought that many don't make it to term.

"For instance, identical twin foetuses have been reported in horses, but none have survived," Hogenboom explains. "A horse's placenta is not efficient enough to transport oxygen for two foetuses."

The other explanation is that maybe they're not as rare as we think. Just because these little wolfhounds are the first ever identical twin dogs known to science doesn't mean there haven't been others that have gone unnoticed.

Think about how many pups are born on the streets, or in the basement of their owner away from view. Dogs tend to eat their placentas once they've given birth, which hides the evidence that tipped off de Cramer, and considering identical twin pups can differ in appearance, there might be a bunch of identical twin pups running around and we don't even know it.

But given the fact that no vet has ever delivered one - and de Cramer himself averages about 900 Caesarean sections every year - it's safe to say that even if we've missed some, they're still incredibly rare.

"There have been rumours about twins in dogs before," Joone told the BBC. "We just happened to be lucky enough to be able to confirm it genetically."