A Man, a Horse And a Dog Found in Extremely Rare Boat Burial Unearthed in Sweden

Not one, but two incredibly rare boat burials have been excavated in Uppsala, Sweden. One of these was still intact, with remains inside of not just a human, but also a dog and even a horse, all in good condition. According to archaeologists, it is a remarkable find, and indicates the burial of a high-status male.

"This is a unique excavation," said archaeologist Anton Seiler of Swedish archaeology firm The Archaeologists. "The last excavation of this grave type in Old Uppsala was almost 50 years ago."

Ship burials are found all across Europe, particularly in Scandinavian countries, but that doesn't mean they were common. They seemed to have been reserved for the upper echelons of society, those of the very highest status. These elite individuals were interred inside a ship, or a smaller boat, often loaded with rich grave goods.

The addition of horses, dogs, and hunting birds was also not uncommon.

"It is a small group of people who were buried in this way," Seiler explained. "You can suspect that they were distinguished people in the society of the time since burial ships in general are very rare." 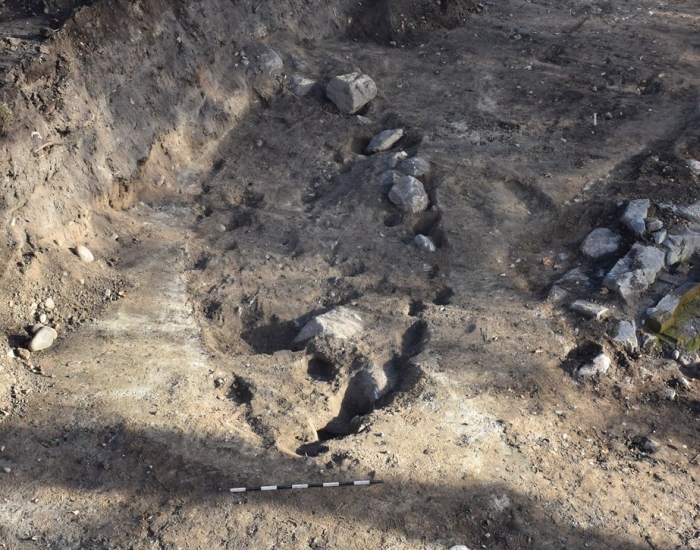 These graves usually date back to the Iron Age, around 550 CE, and up to around the end of the Viking Age, in 1050 CE. But the ravages of time are not kind - sometimes all that remains for us to find is the ghostly imprint of where a now-rotted ship once lay.

In all of Sweden, only around 10 boat burials of this kind had been previously discovered, and those not always in the best condition, so two newly discovered ones are a big deal - especially when one of those is still intact.

The two were found at a site in Old Uppsala, or Gamla Uppsala, by accident. The team had been working on the site of a new vicarage under construction; they had excavated a medieval well and cellar when someone spotted one of the boat graves poking out from beneath a more recent structure. 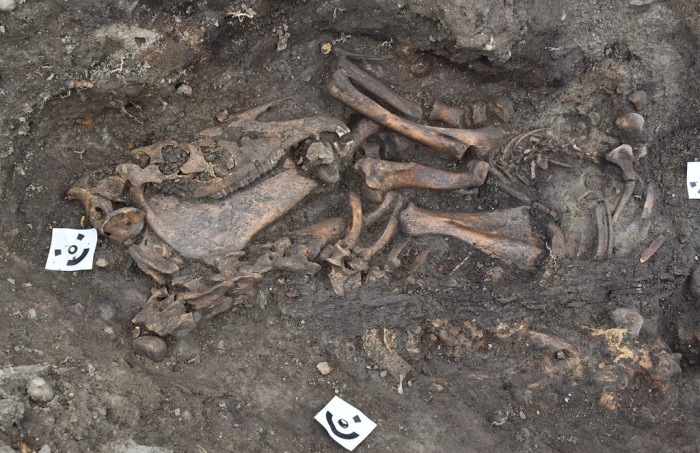 It took a month to excavate them both.

One had been significantly damaged, probably when the 16th century cellar had been built on top of it.

The other contained the skeleton of an adult man in the stern, and the skeletons of a horse and dog in the bow. In addition, the grave contained arms - sword, shield and spear - as well as an ornate comb, and wood and nails from the boat itself.

Because it's been so long since a grave of this kind has been discovered, the team will be able to apply scientific techniques never before used on one. We don't know much about the graves yet - when they were interred, how old the man was when he died, whether he was ill or injured. 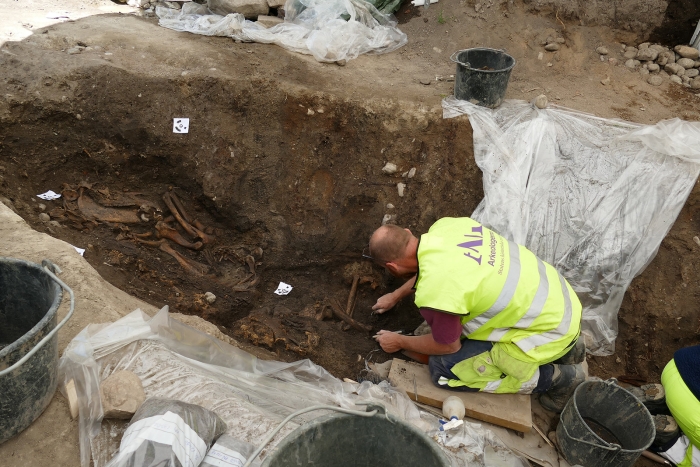 "It is extremely exciting for us since boat burials are so rarely excavated," Seiler said.

"We can now use modern science and methods that will generate new results, hypotheses and answers. We will also put the boat burials in relation to the very special area that is Old Uppsala and the excavations done here before."

We'll be waiting to see what they find.

Meanwhile, parts of the discovery will be on display at the Gamla Uppsala Museum and Swedish History Museum in Stockholm.