Everybody has their own weird, idiosyncratic habits that probably don't make sense to anybody else, but one Chinese man's tendency for personal daily weirdness turned out to be a serious danger to his health.

The man in question, a 37-year-old named Peng in reports, had apparently developed a strange custom of sniffing his worn, dirty socks every day after he finished work.

Okay, so that might seem a little unusual (and off-putting) to the rest of us, but to each their own, right? Wrong.

Peng's weird penchant for checking out his own foot odour might have seemed like a harmless habit to him, but it turned to be the exact opposite.

Peng, who lives in the city of Zhangzhou in China's Fujian Province, ended up being admitted to hospital with a serious bout of chest pains, feeling tightness in his chest while breathing, and also coughing. 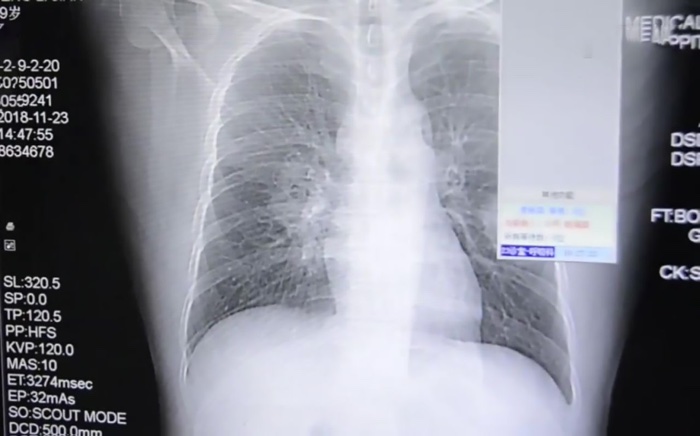 Doctors treated the patient for a suspected case of pneumonia, but after the symptoms continued – with no improvement in his condition – further examinations by doctors revealed Peng had developed a serious fungal infection in his lungs.

It was only later when doctors re-interviewed Peng that they found out about his daily sock-sniffing ritual, and realised his diagnosis of pulmonary fungal disease could have been caused by inhaling fungal spores embedded in the dank fibres of his dirty socks.

According to local reports, Peng confessed to the physicians that he had become "addicted to smelling his socks that he had been wearing", and while it's difficult to prove his strange habit was the definite source of his chest infection, doctors concluded it was the most reasonable explanation – exacerbated by a lack of sleep that may have compromised his immunity.

"The infection could also be attributed to the patient's lack of rest at home as he had [been] looking after his child, leading to a weaker immune system," one of his doctors, Mai Zhuanying from Zhangzhou's 909 Hospital, explained to Pear Video.

Once the infection was diagnosed, Peng was hospitalised and treated for the condition. Fortunately, the sock-sniffer is expected to make a full recovery.

We can only hope the experience helps him to reconsider his weird habit – and perhaps others may also take the time now to rethink some life choices.

After media reports of the infection went viral on Chinese social site Weibo, it became clear that Peng isn't the only one with a perverse predisposition to sock sniffing.

"Oh, no! Maybe I should stop sniffing my socks after wearing them for an entire day!" one user commented.