Yesterday, officials announced that a "moderate" geomagnetic storm would hit Earth, and then gradually weaken over the next 24 to 48 hours.

Caused by Earth's transition into strong solar winds blasted from a hole in the Sun’s corona, the solar storm failed to disrupt power grids, satellites, and radio navigation systems as feared, but it’s been putting on a hell of a show in the night sky instead.

Solar storms like the one we’re experiencing right now are caused by coronal holes on the Sun, which look like ominous, black patches in the outer atmosphere.

No one's quite sure what causes a coronal hole to form, but once it does, a stream of electrically charged particles referred to as solar wind starts escaping from the Sun's atmosphere up to three times faster than usual. 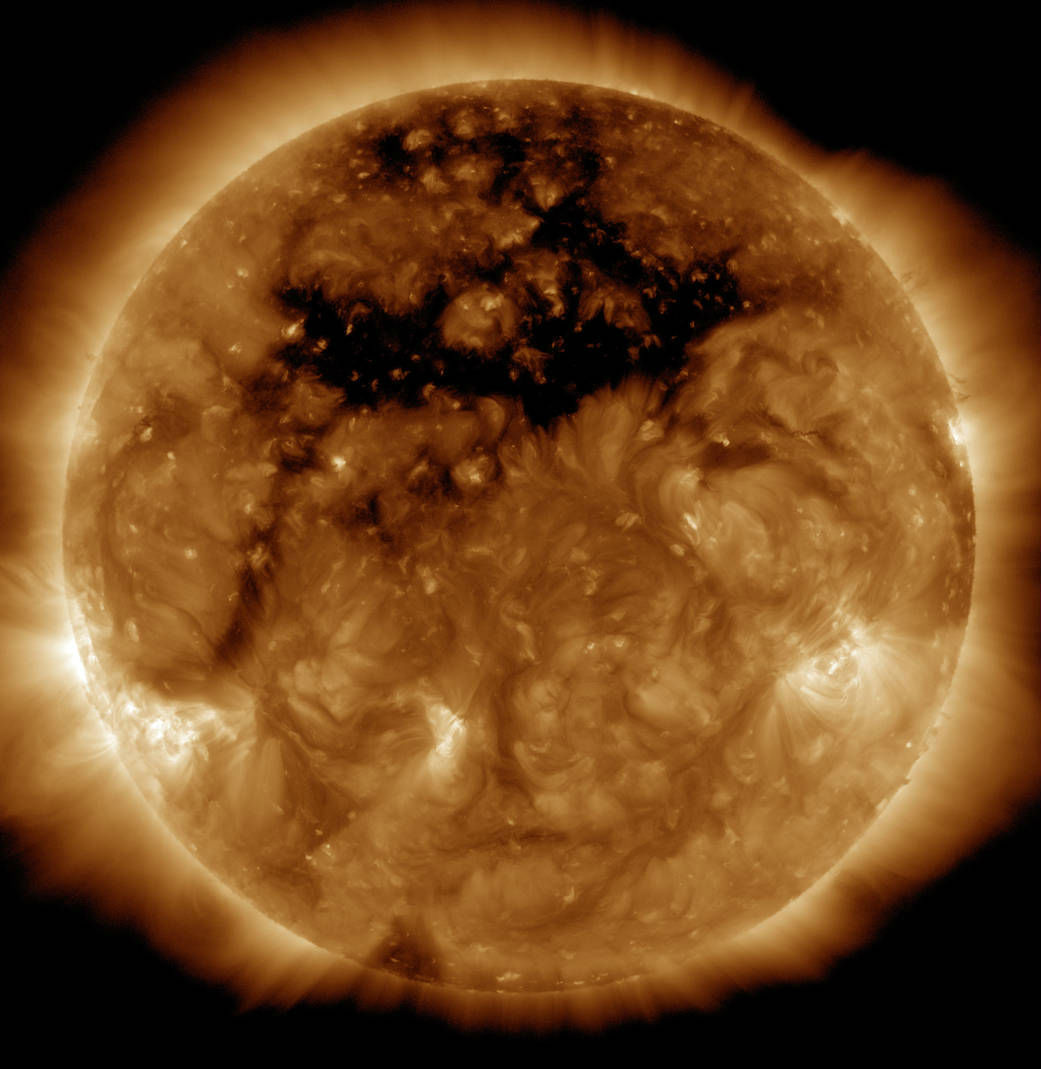 If the coronal hole is big enough, and happens to be pointing at Earth, all the solar wind can blast into our magnetic field at speeds of around 400 km/s (roughly 1 million miles per hour) and potentially damage power systems, and disrupt phone and internet networks.

According to Bloomberg, the US Space Weather Prediction Centre originally altered power stations of a "serious" G3 level solar storm, but has since downgraded their warning to a "moderate" G2 storm.

So far, the effects have been minor, and with the solar storm finally winding up, it’s safe to say it’s been a fairly uneventful one, as far as threats to global power and communications systems are concerned.

"Voltage corrections may be required, false alarms triggered on some protection devices," said the Space Weather Prediction Centre. "Drag may increase on low-Earth-orbit satellites, and corrections may be needed for orientation problems."

But the storm has been eventful in another, much more awesome way - all that interference with Earth’s magnetic field has supercharged the northern lights (or Aurora Borealis), making these stunning aurorae visible in parts of the Northern US and the UK right now.

In the US, they should be visible in northern parts of the country, including South Dakota, Iowa, Montana, Minneapolis, and Washington.

Here’s a location map from Accuweather.com, which reports that, "The storm has produced two nights of good aurora displays, and tonight should be no different."

Parts of Europe, including Norway, Sweden, and Finland should also be able to see the aurorae tonight.

If you can’t get outside now to watch the Aurora Borealis for yourself, check out Spaceweather.com's real time aurora gallery, where people from all over the world are posting some incredible shots.

And even if you've missed the southern lights (Aurora Australis), which lit up the sky last night, check out some amazing shots from New Zealand and Tasmania here.