A retired professor from the UK says he might have pinpointed the location of Camelot, the legendary castle where stories claim that King Arthur held court some 1,400 years ago - if he actually existed.

According to Arthurian literature expert Peter Field, Camelot used to stand at the site of an ancient Roman fort called Camulodunum in Slack, West Yorkshire in the UK, which would have been an ideal spot in 500 AD, when King Arthur is argued to have existed as a real-life military expert tasked with defending Briton from invaders.

"It was quite by chance. I was looking at some maps, and suddenly all the ducks lined up," Field, who taught at Bangor University in the UK from 1964 to 2004, told the BBC.

Field presented his findings during the official launch of Bangor University's Stephen Colclough centre for the history and culture of the book last week.

His hypothesis is yet to be peer-reviewed, so to be clear, a whole lot more research needs to be done before we can read too much into it.

It's also important to note that, despite more than 1,000 years of research, historians and archaeologists have been unable to confirm if King Arthur and Camelot existed outside of the legends at all.

As Bec Crew explained for us earlier this year:

"Despite the fact that the mythological figure has been wildly popular for centuries, no one's actually been able to prove he existed. But what makes Arthur so intriguing is the way we can tie certain historical places and events to him."

But if we take a big leap and assume Camelot did exist, where was it?

Previous research has suggested that it could have been in places like Caerleon in South Wales or Cadbury Castle in England. But so far, there's not been enough archaeological evidence to tie any physical place to the legend.

So Field did additional research based on the historical forts of the time and compared them to the legend of King Arthur. He says the site that best fits Camelot was the modern-day village of Slack.

Looking at Slack today, you'd be hard-pressed to find a reason why someone would want to build a stronghold in what looks to be a mere clearing, but Field says the location was once of great military importance.

Back in 500 AD, Celtic-speaking Britons held back Anglo-Saxon invaders who flooded into the country from the north and west coasts.

It turns out that Slack, which is seemingly in the middle of nowhere, could have been the ideal spot to set up camp to quickly funnel troops to either coast to defend the nation. Its middle-of-nowhere-ness, it turns out, was important.

Here's where it is on a map: 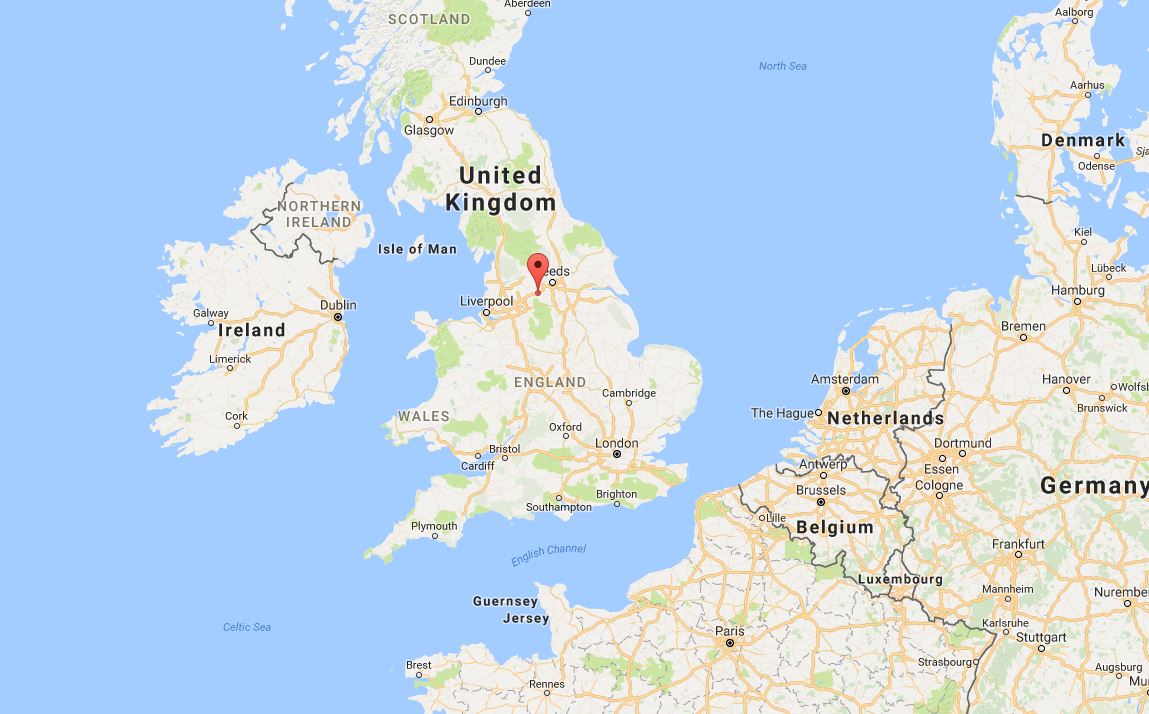 To add to Field's hypothesis, in Roman times, the fort at Slack was thought to be named Camulodunum, which researchers think might have changed linguistically over the years to become Camelot.

And that could explain why the first mention of Camelot only surfaced in literature many years after King Arthur's suspected rule.

"If there was a real King Arthur, he will have lived around [500 AD], although the first mention of him in Camelot is in a French poem from the Champagne region of France from 1180 [AD]," said Field.

"There is no mention of Camelot in the period between those dates, known as the Dark Ages, when the country was at war, and very little was recorded. In this gap, people passed on information, much got lost in transmission, and people may have made up facts or just messed up known information."

Without some type of physical proof in the form of archaeological remains, we won't be able to confirm if Field is onto something here. But he's not the only researcher seeking out the legendary artefacts.

Earlier this year, a team of British archaeologists uncovered a series of massive walls that appear to be from the Dark Ages at a location thought to be tied to the Arthurian legend.

The researchers suggested that these walls were once part of the palace where King Arthur was born, and they're currently excavating the site to uncover more details.

But while it's fun to think that the King Arthur of legend - who had a roundtable and hung out with a wizard named Merlin - did actually exist, some experts claim that the Arthurian legend might actually be a hodgepodge of different British rulers coming together into a single, unified story.

So far, Field - who's been researching Slack for the past 18 months - hasn't mentioned taking his idea further into a physical dig at the site.

But hopefully, his hypothesis will prompt further archaeological study at this site or others like it, so we can finally get some real clues into the enduring mystery of King Arthur, or the real-life kings who inspired the legend.