Just days after a cluster of more than 200 small earthquakes shook the Salton Sea area of Southern California, scientists have found evidence of a second fault line that runs parallel to the massive San Andreas Fault - one of the state's most dangerous fault lines.

The new fault appears to run right through the 56-km-long Salton Sea in the Colorado Desert, to the west of the San Andreas Fault. Now that we know it's there, seismologists will be forced to reassess earthquake risk models for the greater Los Angeles area.

"This previously unidentified fault represents a new hazard to the region and holds significant implications for fault models … and, consequently, models of ground-motion prediction and southern San Andreas Fault rupture scenarios," the team from the Scripps Institution of Oceanography and the Nevada Seismological Laboratory reports.

Now known as the Salton Trough Fault, the newly mapped fault has been hidden for all this time because it's submerged beneath the Salton Sea - a vast, salty rift lake that formed as a result of all the tectonic activity in the area.

The team had to use an array of instruments, including multi-channel seismic data, ocean-bottom seismometers, and a surveying method called light detection and ranging (LiDAR), to precisely map fault inside several sediment layers both in and surrounding the lakebed.

"The location of the fault in the eastern Salton Sea has made imaging it difficult, and there is no associated small seismic events, which is why the fault was not detected earlier," says Scripps geologist Neal Driscoll.

Oddly enough, the fact that we now know there's an extra fault line running parallel to the San Andreas Fault doesn't necessarily mean the area is more prone to earthquakes than we originally thought.

It might actually solve the mystery of why the region has been experiencing LESS earthquakes than expected.

As the team explains, recent research has revealed that the region has experienced magnitude-7 earthquakes roughly every 175 to 200 years for the last 1,000 years.

But that's not been the case more recently. In fact, a major rupture on the southern portion of the San Andreas Fault has not occurred in the last 300 years, and researchers think the region is long overdue for a major quake.

Now they have to figure out what role the Salton Trough Fault could have played in all that.

"The extended nature of time since the most recent earthquake on the Southern San Andreas has been puzzling to the earth sciences community," said one of the Nevada team, seismologist Graham Kent.

"Based on the deformation patterns, this new fault has accommodated some of the strain from the larger San Andreas system, so without having a record of past earthquakes from this new fault, it's really difficult to determine whether this fault interacts with the southern San Andreas Fault at depth or in time." 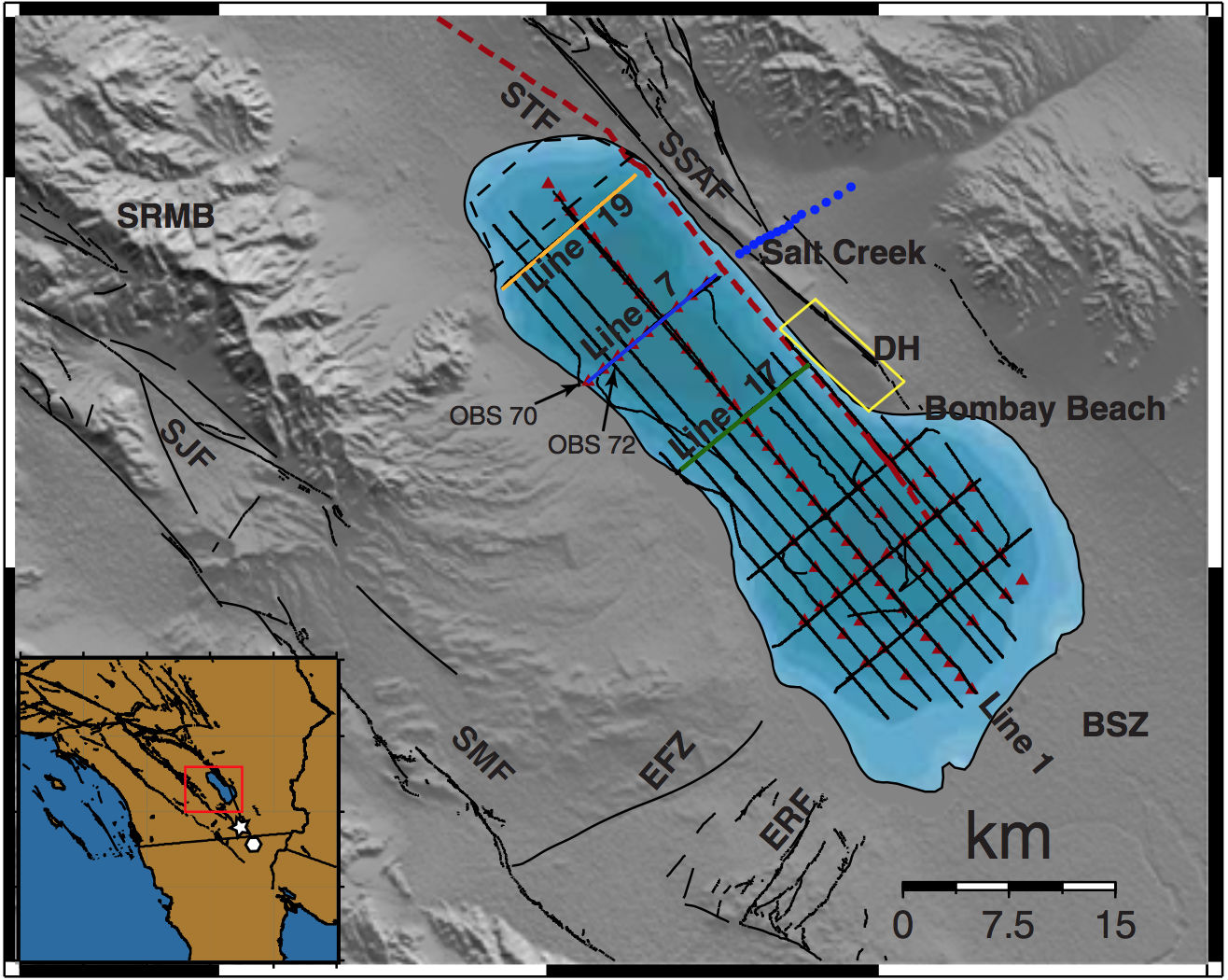 On Monday morning, ominous rumblings started to emanate from deep underneath the Salton Sea, and then a 'swarm' of small earthquakes - three measuring above magnitude 4 - ruptured at the nearby Bombay Beach.

The ruptures continued for roughly 24 hours, with more than 200 small earthquakes having been recorded in the area.

These small earthquakes - or temblors - were not very severe, but this is just the third time since records began in 1932 that the area has experienced such an event. And this one had more earthquakes than both the 2001 and 2009 events.

The event caused the US Geological Survey to increase the estimated risk of a magnitude 7 or greater earthquake in the next week from to between 1 in 3,000 and 1 in 100. To put that in perspective, without any quake swarms, the average risk for the area sits at around 1 in 6,000.

Fortunately, the increased risk now appears to have passed, and according to the Los Angeles Times, California governor's Office of Emergency Service just announced that the earthquake advisory period is now officially over.

Of course, for those living in the area, it's cold comfort, because the southern San Andreas Fault is still "locked, loaded, and ready to go". Let's hope the discovery of the Salton Trough Fault will make it easier for seismologists to at least predict when that will happen.

The research has been published in the Bulletin of the Seismological Society of America.