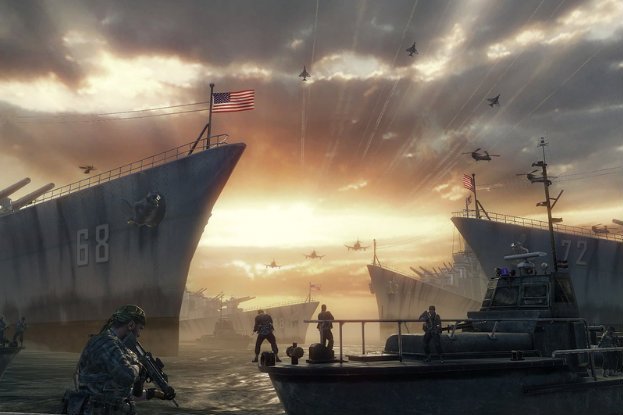 The impact of video games on young people has gotten a lot of criticism, but more studies are finding that they could have some benefits. Last month, scientists revealed that those who play action games have better motor skills. Then just last week, a scientist in the US found zero links between violence in video games and in real life. Now, researchers at the University of Rochester in the US have for the first time discovered that playing fast-paced action video games can make you a better learner.

The team compared the cognitive abilities of action-gamers (those who play games like “Call of Duty”) with non-action gamers (those who play games like “The Sims”). Participants were asked to complete a series of 'pattern discrimination tasks' that tested their reaction time and identification skills, such as identifying fuzzy shapes on a screen. The results showed that action-gamers were much faster at the tasks than non-action gamers. Based on these findings, the team suggests that action-gamers’ brains are able to create a better learning ‘template’ for the task at hand.

"Our brains keep predicting what will come next - whether when listening to a conversation, driving, or even preforming surgery," said lead researcher and neuroscientist Daphne Bavelier, in a press release. "In order to sharpen its prediction skills, our brains constantly build models, or 'templates,' of the world."

Next, the researchers explored if an introduction to action-oriented games could improve the cognitive function of those who don't usually game. They asked a group of non-gamers to either play action games or non-action games for nine weeks. After 50 hours of playing, those who had played action games performed much better on the pattern tasks than those who played slow strategy games.

Interestingly, a year after the participants stopped playing action games, they held on to their new-found learning abilities.

So these experiments have found a link between action games and improved learning ability, but what's the reason? Using neural modelling, the team found that cognitive ability basically come down to how quickly our brain can fine-tune the right 'templates' for various tasks, and games appear to boost that process.

"When they began the perceptual learning task, action video gamers were indistinguishable from non-action gamers; they didn't come to the task with a better template," said Bavelier. "Instead, they developed better templates for the task, much, much faster showing an accelerated learning curve."

The team is currently looking at the characteristics in action games that are key to boosting players’ learning. It’s clear that games stimulate our brains, but the researchers note that this certainly isn’t an excuse to give up homework and binge on games.

The findings are published in the Journal of Communication.