The US uses an astounding amount of energy: about 97 quadrillion BTUs, or about 18 percent of world's total energy consumption. And demand is only going to increase over time.

The vast majority of the energy the country consumes comes from fossil fuels, and isn't renewable or sustainable. But wind farms offer a promising alternative.

GE and Deepwater Wind, a developer of offshore turbines, have partnered to build five massive wind turbines and install them in the Atlantic Ocean.

They make up the first offshore wind farm in North America, called the Block Island Wind Farm. The turbines started delivering power to the New England grid on December 12.

The team began installing the turbines 30 miles (48 km) off the coast of Rhode Island over the summer, and construction was completed in late August. The farm's four-month testing phase, which produced more than one gigawatt-hour of energy, ended on December 2.

The Block Island Wind Farm will generate 30 megawatts of energy, which is the amount required to power every home on Block Island, Eric Crucerey, the farm's project manager, tells Business Insider.

It will emit about 40,000 fewer tons of greenhouse gases per year than fossil fuels would to generate the same amount of energy. That's the equivalent of taking 150,000 cars off the road. 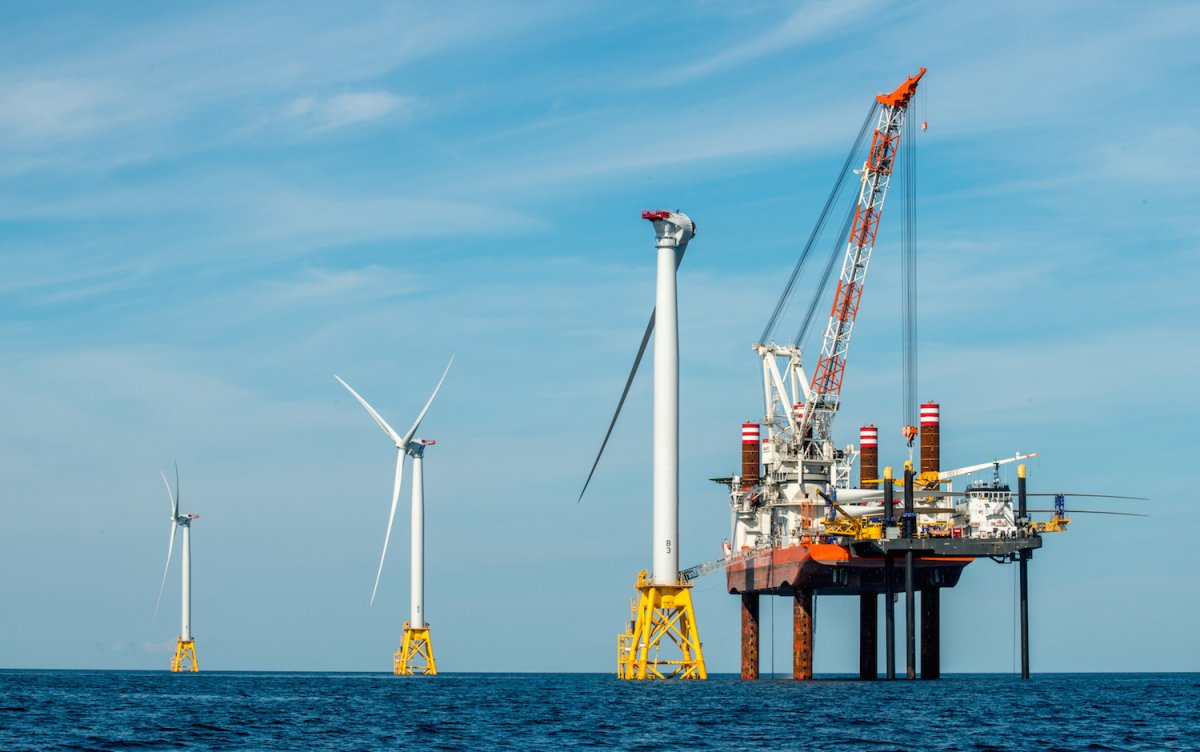 The potential for offshore wind energy in the US is massive. If we build in all of the available ocean space, the winds above coastal waters could provide more than 4,000 gigawatts a year.

Offshore turbines offer many advantages over those on land.

Offshore turbines can also be larger than land turbines, allowing them to produce more energy over time.

To turn that power into usable energy, the blades capture wind and transfer it to the turbine's generator, which creates electricity from the motion.

The electricity travels through cables buried under the sea floor to an onshore station. There, the power can flow into an electrical grid.

Each Block Island turbine can generate 6 megawatts of energy during its life cycle - enough to power 5,000 homes.

Each turbine produces 21,000 fewer tons of CO2 than fossil fuels to generate the same amount of energy. 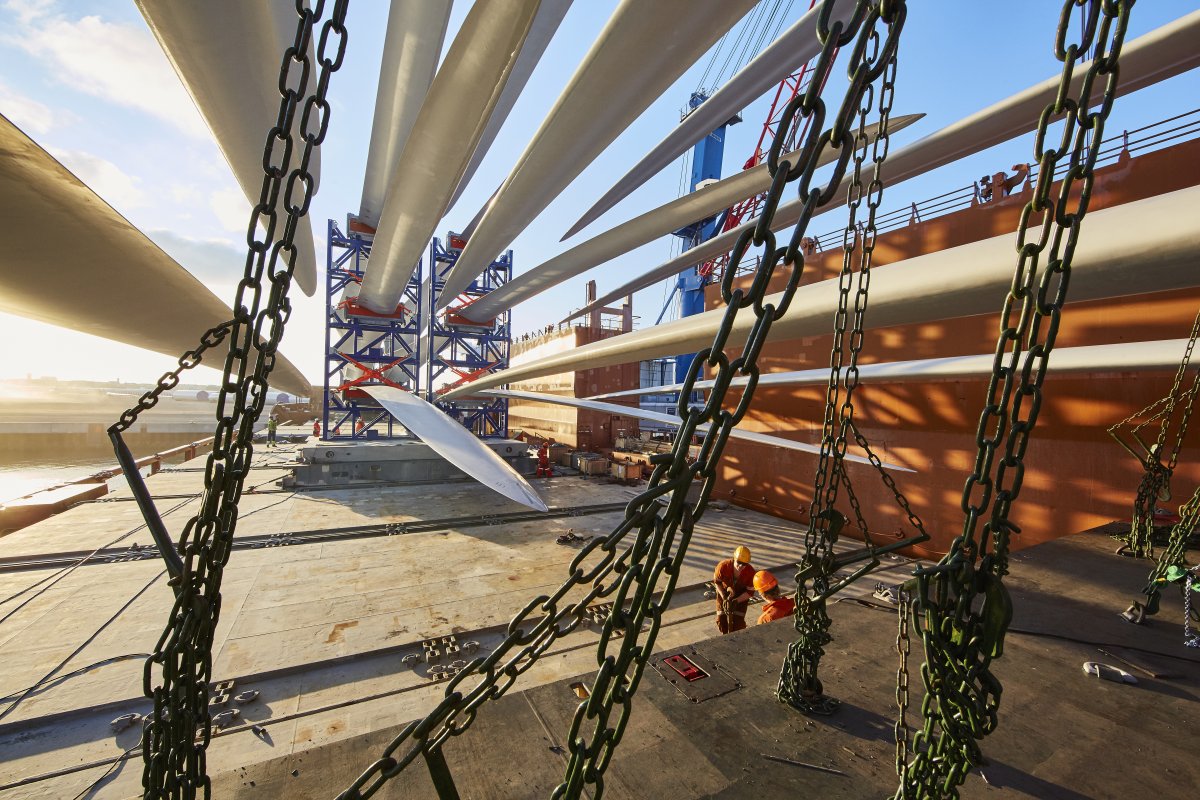 Crucerey says each 400-ton nacelle (the turbine's generator) is about the size of a school bus.

From the base to the tip of the 27-ton blade, the turbines will stretch to twice the height of the Statue of Liberty.

Getting the Block Island turbines to the offshore site was a Herculean task, he says.

To move the LM Wind Power blades, which came from Denmark, the team used special tractor trailers that could support the weight. Here is one zipping down a Danish highway:

If the roads were too tight, the team had to pave new ones.

The nacelles were made at a GE facility in St. Nazaire, France, and then shipped across the Atlantic to Rhode Island by boat.

To avoid damage from heavy waves, the nacelles rode on an elevated platform so water could pass underneath instead of crashing into them.

That ship also carried all of the parts to the final site.

On a lifted platform 30 miles (48 km) off the coast, 800-ton yellow cranes positioned the blades and nacelles onto the towers.

The ship that carried all the parts was hoisted up above the water.

The turbines, which will sit on yellow bases, were fully built in August.

The US lags behind Asia and Europe in renewable energy, Crucerey says.

While there are only five turbines at the new Block Island Wind Farm so far, it could signal a milestone for the industry.