This Is What US Christians Think God Looks Like. Not What You'd Expect

Popular culture would have us believe that the Christian God is a stern, wise, old Caucasian man with a white beard. But no matter how many times this image has been replicated in art and literature, it appears that many American Christians have largely outgrown the stereotype.

Psychologists from the University of North Carolina at Chapel Hill have put together a composite "face of God" - created from the imaginations of 511 Christians in the US - and the resulting image is not what you'd expect.

The findings reveal that as America becomes more and more diverse, many Christians are imagining God as younger, more feminine, and less Caucasian than centuries of cultural depictions would have us believe.

Participants in the study were asked to comb through hundreds of face-pairs and choose the one that they believed best depicted God.

Then, using a new technique that aggregates the selected images into one human face, the researchers were able to reconstruct a sort of blurry 'communal representation' of God. 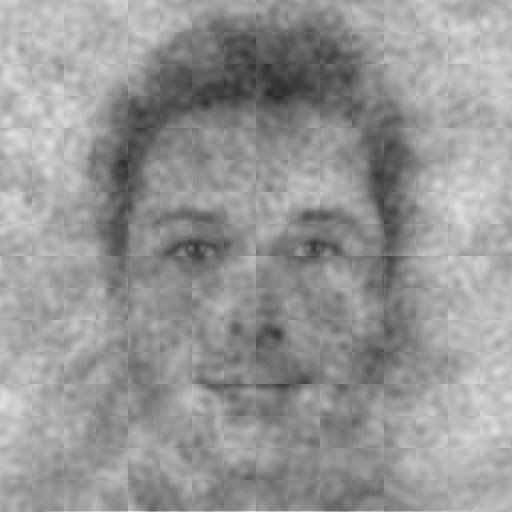 According to the team, this study is important because it gives a face to the collective consciousness of American Christians, providing insight into how this group understands themselves and the world.

In short, the face of God is a window into God's mind and, in turn, our own.

Previous studies have shown that our assumptions about people have a direct impact on the way we visualise their faces. For instance, if you believe God is a loving being, you will likely imagine him with a big smile on his face.

To better understand the psychology underlying the results, the researchers asked a separate group of people to rate the images of "God" based on age, gender, attractiveness, race, lovingness, and powerfulness.

The findings reveal that several physical and psychological factors - including political affiliation, age, attractiveness and, to a certain extent, race - influenced American Christian perceptions of God.

For instance, the researchers found that liberals were much more likely to believe in a God that is younger, more feminine, and more loving. On the other hand, conservatives tend to see God as more Caucasian and powerful.

The results suggest that cultural biases, stemming from political ideology, have a direct impact on how people understand the mind and the message of their God - which is not that surprising if we take previous research into account.

"These biases might have stemmed from the type of societies that liberals and conservatives want," said lead author Joshua Conrad Jackson.

The researchers also found that people who self-identified as attractive, were more likely to imagine God as similarly attractive.

Additionally, there's one stereotype of God that Christians in America just can't seem to shake. The study found that both men and women overwhelmingly believe in a masculine-looking God.

These patterns are likely explained by cultural biases, group-based motivations and the human desire to see ourselves at the centre of the universe.

"People's tendency to believe in a God that looks like them is consistent with an egocentric bias," said senior author, psychologist Kurt Gray from UNC-Chapel Hill.

"People often project their beliefs and traits onto others, and our study shows that God's appearance is no different - people believe in a God who not only thinks like them, but also looks like them."