An Australian woman discovered a metre-long tiger snake wrapped around her Christmas tree in her home at Frankston, in Melbourne's south-east, over the weekend.

Not the typical decoration you hope to see among the tinsel and fairy lights. The homeowner, Cheryl, quickly called snake catcher Barry Goldsmith for help.

"She didn't panic, she just took a photo and sent it to the snake catcher, me, and 20 minutes later I had the little bugger in a bag," Goldsmith said in a Facebook post.

Tiger snakes have a fearsome reputation in Australia for their typically aggressive nature and toxic venom.

One Facebook commenter has pointed out that the snake is poised, looking right at the homeowner when she has taken the photo.

"Little bugger is just staring at the camera too," Serrin Thornton says.

Can you see its face? 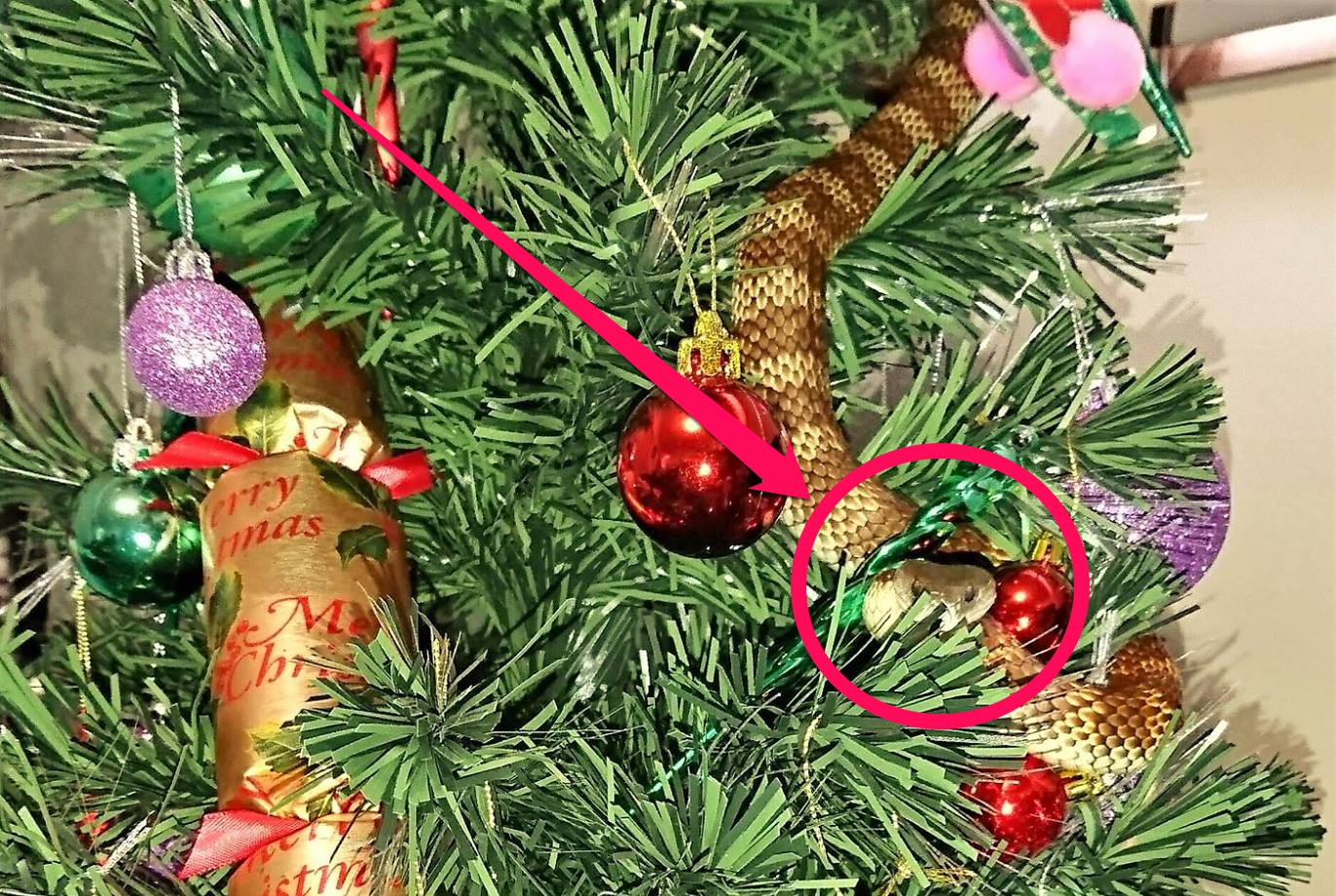