Metals and insulators are the yin and yang of physics, their respective material properties strictly dictated by their electrons' mobility - metals should conduct electrons freely, while insulators keep them in place.

So when physicists from Princeton University in the US found a quantum quirk of metals bouncing around inside an insulating compound, they were lost for an explanation.

We'll need to wait on further studies to find out exactly what's going on. But one tantalising possibility is that a previously unseen particle is at work, one that represents neutral ground in electron behaviour. They're calling it a 'neutral fermion'.

"This came as a complete surprise," says physicist Sanfeng Wu from Princeton University in the US.

"We asked ourselves, 'What's going on here?' We don't fully understand it yet."

The phenomenon at the centre of the discovery is quantum oscillation. As the term implies, it involves the swinging back-and-forth of freely moving particles under certain experimental conditions.

To get a little more technical, the oscillations occur when a material is cooled to levels where quantum behaviours more easily dominate and a magnetic field is applied and varied.

Cranking the magnetic field up and down causes untethered charged particles, such as electrons, to slip between energy bands referred to as Landau levels.

It's a technique commonly used to study the atomic landscape occupied by electrons across a material, specifically in those with metallic properties.

Insulators are thought to be a whole other kettle of fish. With their electrons following strict stay-at-home orders, quantum oscillations aren't a thing. At least, they shouldn't be.

The team looked at tungsten ditelluride, which is a strange semimetal that takes on properties of an insulator when bathed in a magnetic field - and were surprised to see quantum oscillations happening.

Despite the shock, they have some thoughts on what could be going on. While a flowing charge would make this insulator a conductor (which is a paradox), having neutral particles 'flow' would fit the bill of insulator and quantum oscillator, which makes more sense.

"Our experimental results conflict with all existing theories based on charged fermions, but could be explained in the presence of charge-neutral fermions," adds colleague Pengjie Wang.

The only problem is that truly neutral fermions shouldn't exist, according to the Standard Model of Particle Physics.

Fermions are particles that are sort of like the 'Lego blocks' of matter, while the other type of fundamental particles are bosons - charge-carrying particles. 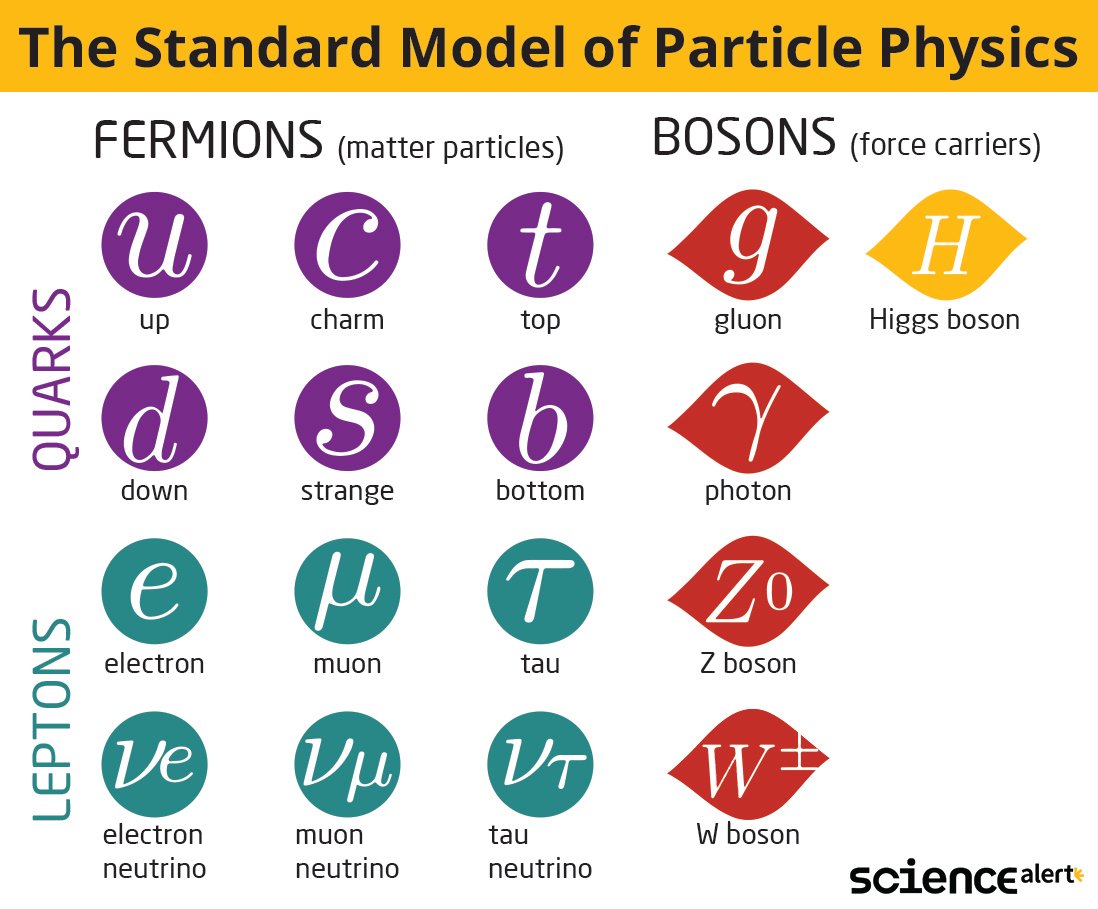 A truly neutral particle is also its own antiparticle - and this is something we've seen in bosons, but never fermions.

So finding a truly neutral fermion would probably rewrite our understanding of physics, but that isn't what the researchers think is happening here - instead they think what they've detected is more of a neutral quasiparticle, which is a quantum type of hybrid particle.

To understand what a quasiparticle is, imagine particle physics as a study of music.

Fundamental particles like quarks and electrons are individual instruments. They form the basis of a variety of bigger particles, from three-piece rock bands like protons or symphonies like whole atoms.

Bands playing in sync on opposing stages can even be viewed as a single event – a quasiparticle that for all purposes are playing as one.

Quantum weirdness can smear the properties of electrons in ways that make fractions of their charge across spaces. In other words, some electron quasiparticles will carry some bits of the electron, like its spin, but not its charge, effectively creating a neutral version of itself.

Exactly what flavour of quasiparticle is operating here (if any) is yet to be worked out, but the researchers are describing it as completely new territory not just in experimentation, but in theory.

"If our interpretations are correct, we are seeing a fundamentally new form of quantum matter," says Wu.

"We are now imagining a wholly new quantum world hidden in insulators. It's possible that we simply missed identifying them over the last several decades."

Neutral fermions have a potential role in improving the stability of quantum devices, so finding evidence of one here would be more than an academic curiosity, with promising practical applications.

It's still early days. But so many discoveries in science have emerged from those timeless words, 'What's going on here?'