This Primitive Ramp Could Have Helped Build Egypt's Great Pyramids

The pyramids of Egypt are an architectural marvel. Yet, made up as they are of blocks that averaged 2.3 metric tonnes (in the case of the great pyramid), exactly how the ancient Egyptians constructed them thousands of years ago remains somewhat of a mystery.

A new archaeological discovery may, however, shed some light on how at least some of the stone blocks were moved.

At the alabaster quarry of Hatnub, north of modern Luxor, a 4,500-year-old ramp was likely how the stones were moved out of the quarry so that they could be taken to the building site.

While the primary construction material for the pyramids was limestone, some alabaster was used for flooring as well as statuary and coffins. But the system used to move the quarried alabaster, which dates back to the reign of King Khufu in the 4th Dynasty, would probably have been used in other quarries too.

It's an important discovery - the first evidence that shows how heavy blocks were lifted and moved from quarries, according to Mustafa Waziri, Secretary-General of the Egyptian Ministry of Antiquities.

And, while it's still a bit of a mystery as to how the heavy limestone blocks were transported up the sides of the pyramids, the ramp system could contain some vital clues. 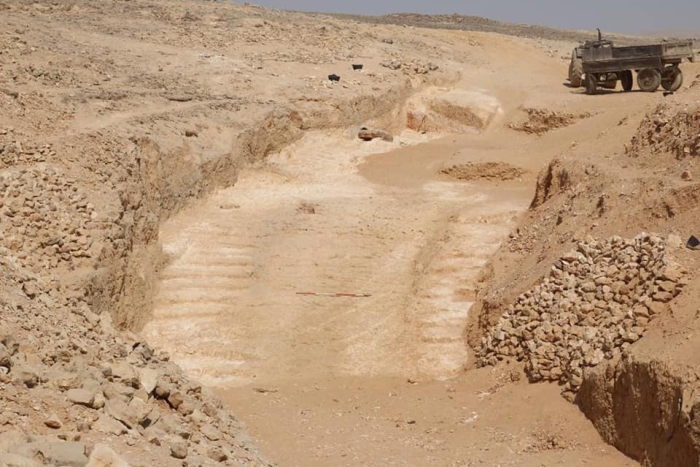 "The moving system consists of the central ramp, surrounded by two set of stairs that contain post holes," explained archaeologist Yannis Gourdon of the Institut Français d'Archéologie Orientale to the Luxor Times.

These holes would have held strong wooden posts. Alabaster blocks would have been placed on wooden sleds, and a system using ropes would have wrapped around the poles, acting like a pulley to multiply the force exerted to help haul the massive stones up slopes of 20 degrees or more.

In addition to the ramp, the archaeologists also found at least 100 inscriptions commemorating Pharaohs' visits to the Hatnub alabaster quarries, as well as stone dwellings for the quarry workers. 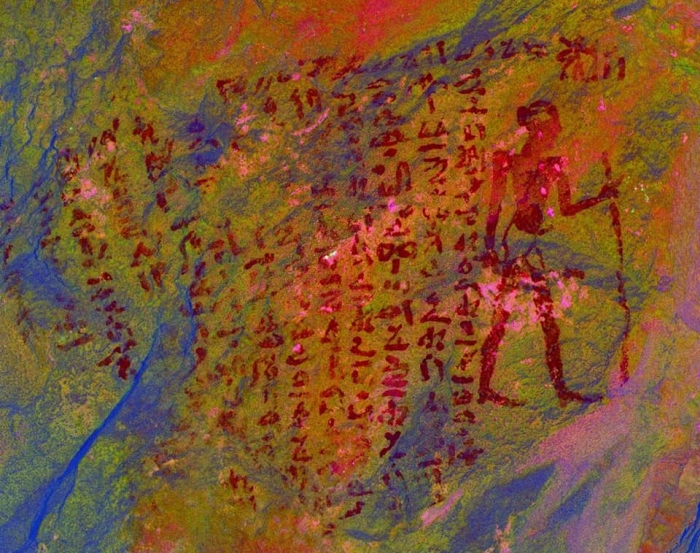 "The team unearthed 4 stone steles. One of the steles shows a drawing of a standing person and the other three have unclear hieratic inscriptions due to the bad state of preservation," said archaeologist Roland Enmarch of the University of Liverpool.

"The restoration team is working on the preservation of the inscriptions, as well as the epigraphic survey of the residential structures around the quarries."