They were called the Taíno, and the Europeans who colonised their land took almost everything away from them.

A half-century after Christopher Columbus set foot upon the New World, these decimated natives of the Caribbean – who once numbered somewhere in the hundreds of thousands – had declined to fewer than 500, ravaged by disease, enslavement, and worse.

In fact, many thought the indigenous Taíno long ago became extinct – a dramatic casualty of historical circumstance – but for the first time, new DNA evidence reveals their bloodline yet lives.

"It's a fascinating finding," says genetic archaeologist Hannes Schroeder from the University of Copenhagen in Denmark.

"Many history books will tell you that the indigenous population of the Caribbean was all but wiped out, but people who self-identify as Taíno have always argued for continuity," says Schroeder.

"Now we know they were right all along: there has been some form of genetic continuity in the Caribbean." 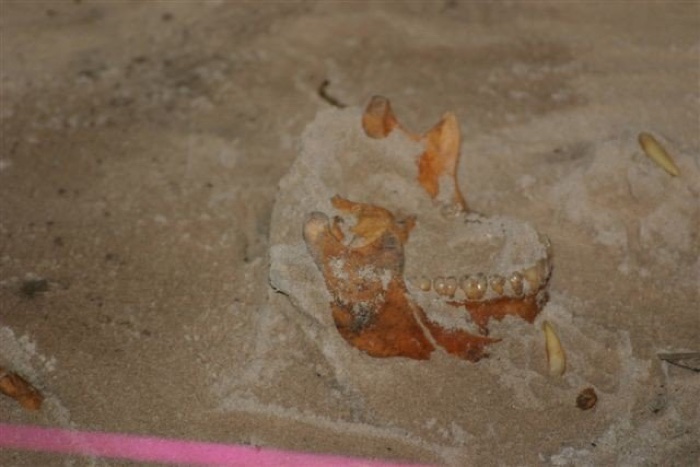 To show the Taíno had a future, Schroeder and fellow researchers had to dig deep into the past – going all the way back to a time a half-millennia or more before Columbus made his fateful landing.

Buried in a giant cavern called Preacher's Cave on the Bahamian island of Eleuthera, researchers had previously discovered burial sites of ancient Lucayans – a branch of the Taíno who were the native inhabitants of the Bahamas.

One of the skeletons found there belonged to a woman who lived at some point between the 8th and 10th centuries, and her preserved tooth held onto enough intact DNA to enable the team to sequence the first complete ancient human genome from the Caribbean.

That analysis showed the woman is genetically most closely related to present-day Arawakan speakers in tribes from northern South America – but it also showed something else.

When they compared the ancient genome with those of today's inhabitants of the Caribbean islands, they found contemporary Puerto Ricans are more closely related to the long-thought 'extinct' natives than any other indigenous group in the Americas. 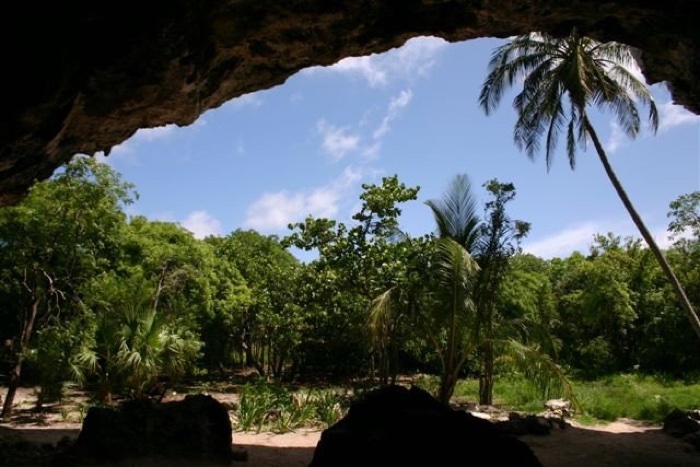 "We find that the native component in present-day Puerto Rican genomes is closely related to the ancient Taíno," the researchers write, "demonstrating an element of continuity between pre-contact populations and present-day Latino populations in the Caribbean despite the disruptive effects of European colonisation."

The team is confident future studies drawing upon more genetic evidence will show that other indigenous Caribbean bloodlines have survived too – finally turning over the page on a dark mistake perpetuated by historians who assumed the native peoples were wiped out forever.

"I wish my grandmother were alive today so that I could confirm to her what she already knew," says Taíno descendant Jorge Estevez from the National Museum of the American Indian in New York, who assisted the team in their research.

"It shows that the true story is one of assimilation, certainly, but not total extinction. I am genuinely grateful to the researchers. Although this may have been a matter of scientific inquiry for them, to us, the descendants, it is truly liberating and uplifting."

In addition to rewriting the history books, the discoveries will help fill in the gaps for thousands of people living today across the Caribbean, whose precious family histories just became vindicated.

"It's almost like the ancient Taíno individual they're looking at is the cousin of the ancestors of people from Puerto Rico," geneticist Maria Nieves-Colón, who wasn't involved in the study but grew up in Puerto Rico, told Science.

"You know what? These people didn't disappear. In fact, they're still here. They're in us."

The findings are reported in Proceedings of the National Academy of Sciences (link down at time of writing).