The 7,700-year-old remains of two hunter-gatherer women found in a Russian cave have been genetically analysed, and the results reveal an unexpected similarity between their genetic make-up, and that of the modern population living in the region today.

This suggests that for almost 8,000 years, there's been very little migration in Russia's frozen, eastern corner. Which is surprising, because in most parts of the world the human gene pool diversified significantly across the same time period, thanks to the arrival of agriculture.

But the new genetic results found that the DNA of modern East Asian populations is very closely related to that of two hunter-gatherer women who lived in the region 7,700 years ago - hinting that an unbroken genetic line in the region with very little 'population turnover' since around 5,600 BCE.

"Genetically speaking, the populations across northern East Asia have changed very little for around eight millennia," said lead researcher Andrea Manica, from the University of Cambridge in the UK.

The study analysed DNA taking from the teeth and bones of two women found in a cave known as Devil's Gate, located in the Amur Basin region in far eastern Russia, near the coast where Russia borders North Korea.

The cave was first excavated by Soviet scientists in 1973, when the team came across hundreds of stones and bone tools, the wood of a former dwelling, woven wild grass, and the remains of five humans.

The site itself dates back to more than 9,000 years ago, but the researchers looked at DNA from the skulls of two females that are estimated to have died around 7,700 years ago. One was in her early 20s, and the other was close to 50 years old.

Analysis of such ancient DNA is incredibly tricky, seeing as genetic information degrades over time. But the team was able to obtain enough mitochondrial DNA - a type of longer-lasting DNA only passed down between females - from the two women to study.

In particular, they gained enough genetic information from the 50-year-old woman to get an idea of how she looked.

Their results suggest that she had brown eyes and thick, straight hair, and was lactose intolerant. 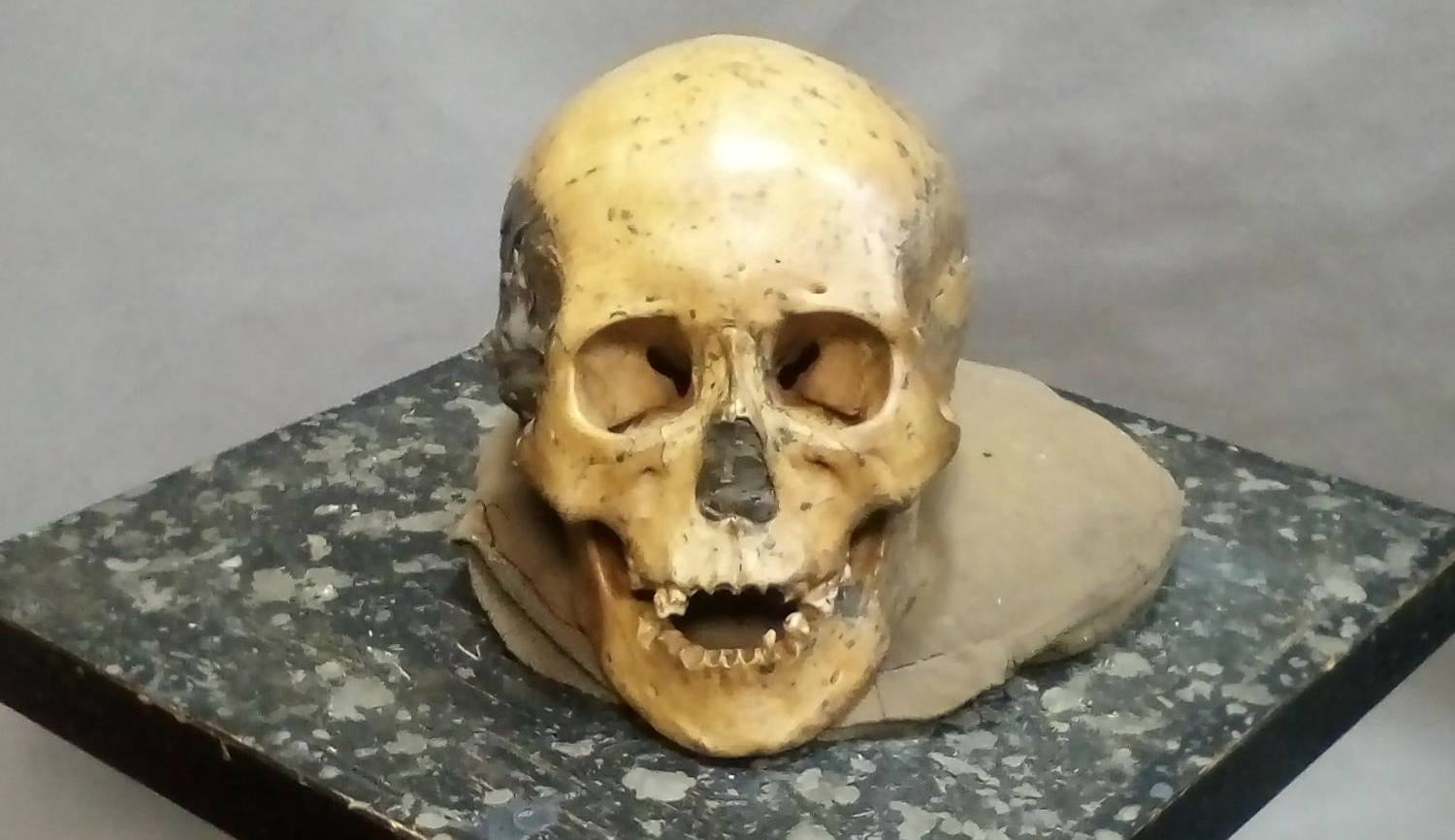 More importantly, she was also genetically very similar to the groups that still live in the region today, particularly the Ulchi - a local Tungusic-language speaking population. Until recently, the Ulchi had maintained a hunter-gatherer lifestyle.

"Once we accounted for some local intermingling, the Ulchi and the ancient hunter-gatherers appeared to be almost the same population from a genetic point of view, even though there are thousands of years between them," said Manica.

This unbroken genetic line is so surprising, seeing as it's vastly different to the history of western Europeans, where over the past 10,000 or so years, continued migration of early farmers from Jordan and Syria overwhelmed local hunter-gatherer populations, and introduced unprecedented genetic diversity.

That agricultural migration was followed by a wave of horse riders that came from central Asia during the Bronze Age, and since then, travel across the region has been consistent.

But it seems that this small corner of east Asia was a lot more isolated, and researchers are now trying to figure out why.

Manica's team thinks it likely had something to do with the extreme climate variation in the region over the past eight millennia, and the vast size of east Asia.

But this is only genetic analysis from one site, and it's also the first genomic data studied from ancient mainland east Asia, so there's a lot more research to be done when it comes to understanding how this unique population evolved and changed over time.

Other experts in the field say it's important to follow up this work by studying the DNA of the earliest farmers in the region, in order to get a better idea of how agriculture spread to the basin, if not via new populations.

"The two Devil's Gate Cave samples are hunter-gatherers and thus the results say little about the spread of the [fully developed] agricultural package," palaeogeneticist David Reich from Harvard University, who wasn't involved in the study, told Science.

More data will hopefully shed some light on this unique part of the world. But the study also highlights the importance of protecting and studying these direct descendants of hunter-gatherers while they're still around.

"These are ethnic groups with traditional societies and deep roots across eastern Russia and China, whose culture, language and populations are rapidly dwindling," said team member Veronika Siska.

"Our work suggests that these groups form a strong genetic lineage descending directly from the early Neolithic hunter-gatherers who inhabited the same region thousands of years previously."