Viruses have weirded us out since they were first discovered over a century ago, but are these microscopic protein pirates alive?

You bet, if you're prepared to think outside the box.

School biology is commonly introduced with an acronym such as "MRS GREN" with the aim of teaching students some qualities that define all living things;

Of course, it doesn't take us very long to figure out that reality is a little more complicated than that.

Viruses might be made up of the same basic carbon-based chemistry as all other living things on this planet, but they can only function by hijacking the cellular machinery of other organisms.

On their own, they're as MRS GREN as a pet rock.

So as our science teachers provoked us into debating: do viruses belong in the tree of life with puppies and pond scum, or are they something else entirely?

Turn to your run-of-the-mill microbiology textbook, and there's a good chance you'll find the word "virus" labelling a hazy photograph of something that looks like the alien from War of the Worlds, if not a polyhedron or a long rod of some sort.

But according to Adrian Gibbs, an expert on virus evolution from the Australian National University, by only thinking of viruses that way, we're ignoring half of the story. 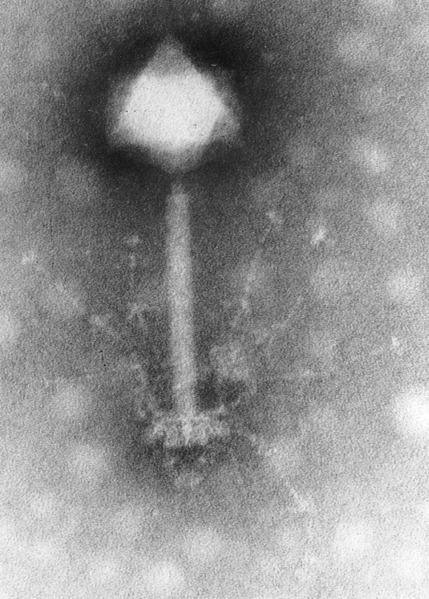 "Viruses are subcellular organisms that have a two phase life cycle - one phase, the dispersal phase, consists of virions (particles) that infect the cells of their host," he explained to ScienceAlert.

"The genome contained in the virions then takes over host metabolism, and directs it to make more virions."

It's the virion - the free floating, non-metabolising box of genetic material - that we usually imagine when we think of a virus.

But by only thinking of the virus as just a microscopic box of relatively inactive chemicals, we're missing the bigger picture. The virus also includes the processes of reproduction inside its host's cell, even if it happens to be borrowing machinery derived from another organism's genome.

"Viral genes are no more living or dead than any other genes - it is only if you think the virions are 'the virus', then you have the ancient question about living or dead," says Gibbs.

Part of the problem is we like to draw lines around the outside of an organism and imagine that this individual unit produced by a single set of genes is the best way to divide up life on Earth.

Nature, it seems, doesn't see it that way.

"Virus-like genes form a large part of the genomes of many cellular organisms, and are probably involved in their evolution," says Gibbs.

In fact, as much as just over 8 percent of our own genome could be the remnants of old viruses, passed down through the generations after infecting some ancient ancestor.

Biologists are currently reconsidering the definition of biodiversity to focus more on the total number of traits within an ecosystem, rather than the number of species. So the idea of an organism as the basic unit of life is likely to have had its day.

Viruses are alive, if only because life is a widespread system of evolving chemistry.

Not everyone agrees with this distinction, based on the fact that, like rocks, viruses do not have self-generated or self-sustaining actions.

"I don't think viruses qualify as being alive. They are, in essence, inert unless they come into contact with a living cell," Amesh Adalja, an infectious disease physician from the Johns Hopkins Centre for Health Security, told Live Science.

But how useful is the distinction between life and non-life anyway? Where should we draw the line between living and non-living chemistry? And in the future, should we even care?

It's life, Jim, but not as we know it

"Human beings like to classify things - it helps us to understand the world around us," says Claudia Vickers, a researcher in the field of synthetic biology at the University of Queensland and director of the Synthetic Biology Future Science Platform for CSIRO.

"But a lot of the time that's not how the natural world works."

Synthetic biology is where engineering meets the natural world, taking biological components such as DNA and re-jigging them to do something novel.

"Life is built from chemical building blocks - DNA, RNA, proteins, and other cellular parts are chemicals, and commonly polymer chemicals; they are arranged and work together in such a way that they provide the characteristics that we collectively refer to as 'life' in living organisms," Vickers told ScienceAlert.

"So perhaps it might be easier to consider chemistry and biology as a continuum, which includes a grey zone where things like viruses sit."

In the future, we'll engineer new 'in-betweens' that sit on that continuum between chemistry and biology. And we've already made a good start, devising a six-letter genetic code that doesn't fit into the four-letter genetic system the rest of the biosphere uses.

Looking to the stars in search of processes that resemble biology on Earth, it's likely we'll find an even greater variety of interactions, compounds, and organic soups that don't fall into discrete dichotomy of living versus non-living.

Are viruses alive? Yes, if you like having nature neatly packaged.

But maybe it's time to retire MRS GREN, and with it that age-old question of where we should draw the line between biology and plain old chemistry.