Update (12 May 2022): The big day of the announcement is today! Make sure to check back to ScienceAlert's home page for a live blog of the press conference at roughly 08:40 am EDT, or 12:40 UTC. Read below on what we think we can expect.

Original (29 April 2022): In two weeks' time, the European Southern Observatory (ESO) is going to present the world with new information about our Milky Way.

It's anyone's guess what the announcement will be, but based on what we know of their recent efforts, there's reason to get excited – the results being presented are from the Event Horizon Telescope (EHT) project, which was responsible for producing the first-ever image of a black hole in 2019.

For years now the EHT project has been studying the heart of our home galaxy, the Milky Way, which is most likely home to a supermassive black hole known as Sagittarius A*.

Whatever they've found out, they're making a big deal out of it.

Since the scientists are hosting simultaneous press conferences around the globe, there's a good chance what they are keeping under wraps is the next installment after the historic 2019 moment of the first black hole reveal.

A conference will be streamed about the findings online on 12 May 2022 at 15:00 CEST (13:00 UTC, 9:00 EST), followed by a YouTube event with six astronomers from around the world. Press releases will include "extensive supporting audiovisual material" (eek!).

If astronomers have managed to produce a direct image of Sgr A*'s event horizon, it will be a historic moment you won't want to miss.

Black holes are extremely difficult to image because they are quite literally invisible, absorbing all electromagnetic radiation. All that we can hope to see is the event horizon; essentially, the black hole's outline, which represents where light can no longer escape the black hole's gravitational forces.

But Sgr A* is obscured by a cloud of dust and gas, which makes it particularly difficult to study.

If astronomers have imaged the black hole's horizon, it should appear as a glowing donut. This is the black hole's accretion disc, a ring of gas and dust that gives off extreme radiation as it falls into the abyss. 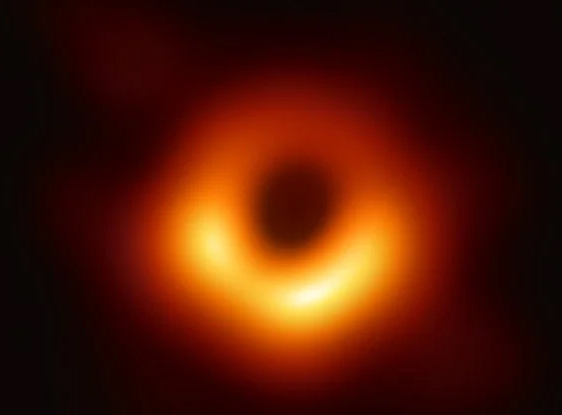 ESO's press release is promising something "groundbreaking", which is the same wording they used before announcing the first direct image of a black hole in 2019.

This black hole is at the center of the galaxy M87, and it has a mass 6.5 billion times that of our Sun. Its event horizon has a radius of roughly 20 billion kilometers, and it's really far away.

Experts compare taking a direct image of it to observing an object 1 millimeter in size from a distance of 13,000 kilometers away (8,000 miles).

Sgr A* is much closer to us, being at the heart of our own galaxy. However, it is rather small for a supermassive black hole, only 4.3 million times bigger than the Sun. It's only detectable because it's relatively much closer to Earth than M87*.

So if astronomers have finally captured an image of its event horizon, it certainly would be groundbreaking.

We can't wait to see what the ESO is about to show us: watch this space. You can find more details about the announcement here.