Black holes are cosmic objects of such fearsome density that even light cannot escape their extreme gravitational clutches. But just because they're invisible, doesn't mean we can't find ways to observe them.

This time, astronomers have mapped the contours of a supermassive vortex in the host galaxy IRAS 13224-3809, found in the Centaurus constellation some 1 billion light-years from Earth.

To achieve this, researchers relied on the longest-ever observations of an accreting black hole by the European Space Agency's (ESA) XMM-Newton X-ray observatory.

Here's how the accretion works: As matter in space is pulled in towards a black hole, it reaches such high speeds that the material spiralling in heats up, reaching temperatures in the millions of degrees (and even hotter).

This super-heated swirl produces radiation, which can be detected by space telescopes as X-rays collide and bounce off particles of gas in the vicinity of the maelstrom.

Watching those interactions, scientists say, is analogous to the way we can hear voices echo in a chamber – and in much the same way as sonic reverberations can inform us about the shape and structure of 3D spaces, so too can 'light echoes' reveal the unseeable form of supermassive black holes.

"In a similar manner, we can watch how echoes of X-ray radiation propagate in the vicinity of a black hole in order to map out the geometry of a region and the state of a clump of matter before it disappears into the singularity," explains astrophysicist William Alston from the University of Cambridge.

The technique, called X-ray reverberation mapping, is not new, but it is evolving. Alston and his team's light echo readings came from over 23 days' worth of staring across space into the heart of IRAS 13224-3809, captured during 16 spacecraft orbits from 2011 to 2016. 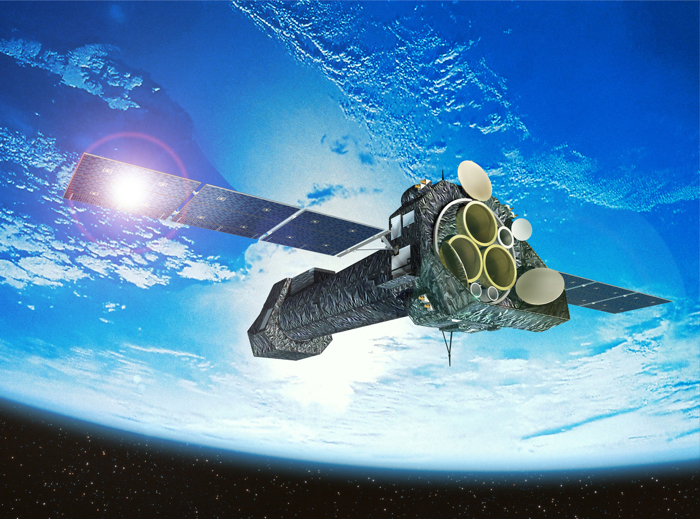 In doing so, they saw something they did not expect to see: The black hole's corona – a region of super-hot electrons hovering over the object's accretion disk – flared dramatically over time, with its brightness varying by a factor of 50 within only hours.

"As the corona's size changes, so does the light echo – a bit like if the cathedral ceiling is moving up and down, changing how the echo of your voice sounds," says Alston.

"By tracking the light echoes, we were able to track this changing corona, and – what's even more exciting – get much better values for the black hole's mass and spin than we could have determined if the corona was not changing in size."

While this glimpse of IRAS 13224-3809's supermassive black hole might be unprecedented in terms of mapping detail, the outlier status of the accomplishment may not last for long.

The researchers now hope to use the same method to probe and chart the black hole physics of many other distant galaxies. Already, hundreds of supermassive black holes are within reach of XMM-Newton's long gaze, and even more will come into view when the ESA's Athena satellite is launched (scheduled for 2031).

Exactly what all those spinning swirls will tell us remains to be seen, but it certainly looks like we're on the verge of some incredible discoveries here.

"This work demonstrates quite clearly that the future of studying black holes very much relies on looking at how they vary," says astronomer Matthew Middleton from the University of Southampton in the UK.

"This will be the focus of a number of new missions launching in the next 10 years, which will usher in a new age of understanding these exotic objects."