Scientists have broken a new astronomical record, detecting the faint signal of hydrogen in an extremely distant galaxy located some 5 billion light-years away.

The team made the find using the Very Large Array of the National Radio Astronomy Observatory in New Mexico, which just had a substantial upgrade to the antennae, allowing them to pick up on hydrogen signals from almost double the distance of the previous record.

"Due to the upgrade of the Very Large Array, this is the first time we've been able to directly measure atomic hydrogen in a galaxy this far from Earth," said one of the researchers, Ximena Fernandez from Rutgers University in New Jersey. "These signals would have begun their journey before our planet even existed, and after 5 billion years of travelling through space without hitting anything, they've fallen into the telescope and allowed us to see this distant galaxy for the very first time."

The researchers say the galaxy would once have contained billions of young, massive stars, created from the fuel of surrounding neutral hydrogen (HI) gas. 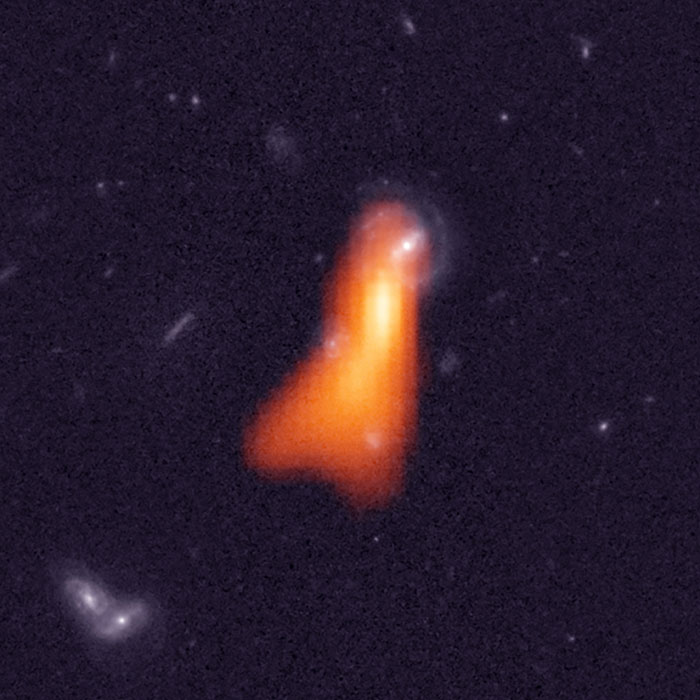 Hubble Space Telescope image of the galaxy with overlay of the hydrogen emission that was recently discovered. Credit: Fernandez et al, NRAO/AUI/NSF, NASA

"Hydrogen is the basic element in the universe. That's where everything had to start," astronomer Attila Popping from the University of Western Australia told Garrett Mundy at the ABC. "It's the first building block of gas and stars and galaxies. So with the survey we tried to understand the evolution of HI. How it evolves over time."

The team says the ability to peer so far across the Universe – and so far back in time as a result – is crucial to learning more about galaxy formation, and finding how the process has changed across galaxies over billions of years.

"This is precisely the goal of the project, to study how gas in galaxies has changed through history," said Fernandez. "A question we hope to answer is whether galaxies in the past had more gas being turned into stars than galaxies today. Our record-breaking find is a galaxy with an unusually large amount of hydrogen." 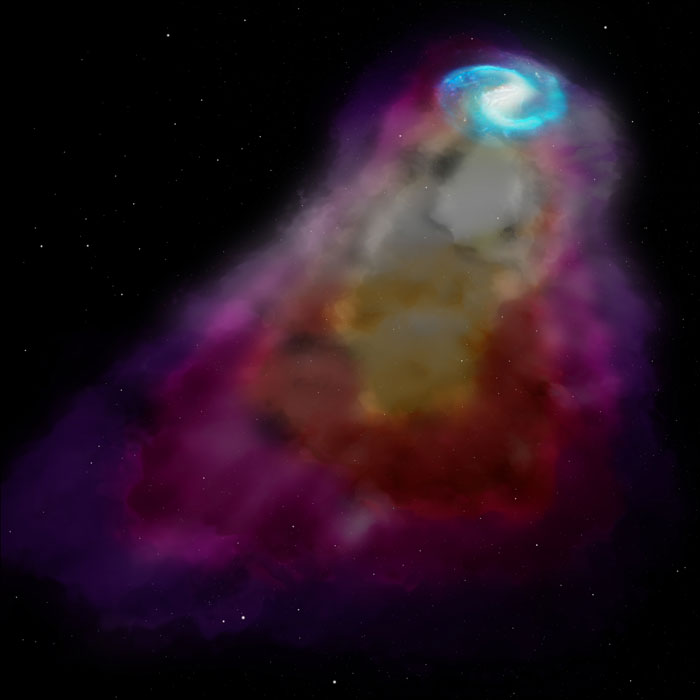 But the snapshot the researchers have taken – seen in a composite image above, along with an artist's impression underneath it – is not the way the galaxy would look like now, with billions of years of stellar activity likely to have radically altered the composition of the star system.

"The hydrogen has probably been turned into stars," Popping told the ABC. "It's been eaten by the galaxy and become a supernova explosion and expelled again. The gas itself is probably in a different state now than as we can see it."