Australia Released a Banknote With a Typo, And Nobody Noticed For 6 Months

Bank notes can have similarities to books we put on our shelves to show off but have never really closely examined - let alone read. Millions of copies, tucked away in people's homes, gradually changing from their "just purchased" clean look to a more yellowed afterlife.

But sometimes, after months or years, someone finally takes a closer look. In the case of Australia's new 50-dollar note, released in October, that happened more than six months later.

By that point, 46 million notes had been circulated - passed around by Australians who had no idea that what they were really holding in their hands was a note with typos, or as some (half-)jokingly said: a national embarrassment.

Overall, erroneous bank notes worth 2.3 billion Australian dollars, or 1.6 billion US dollars, are now in circulation.

All a careless recipient would have noticed would have been, at best, the drawing of Edith Cowan. In 1921, she became Australia's first female member of Parliament, for which she has been honored on Australian bank notes since 1995.

Her steady presence on Australia's most frequently distributed note, the 50 (worth about $35 in US currency), hid a more worrisome change in the fine print, however.

To spot it, you would have needed either very good eyes or magnifying glasses. 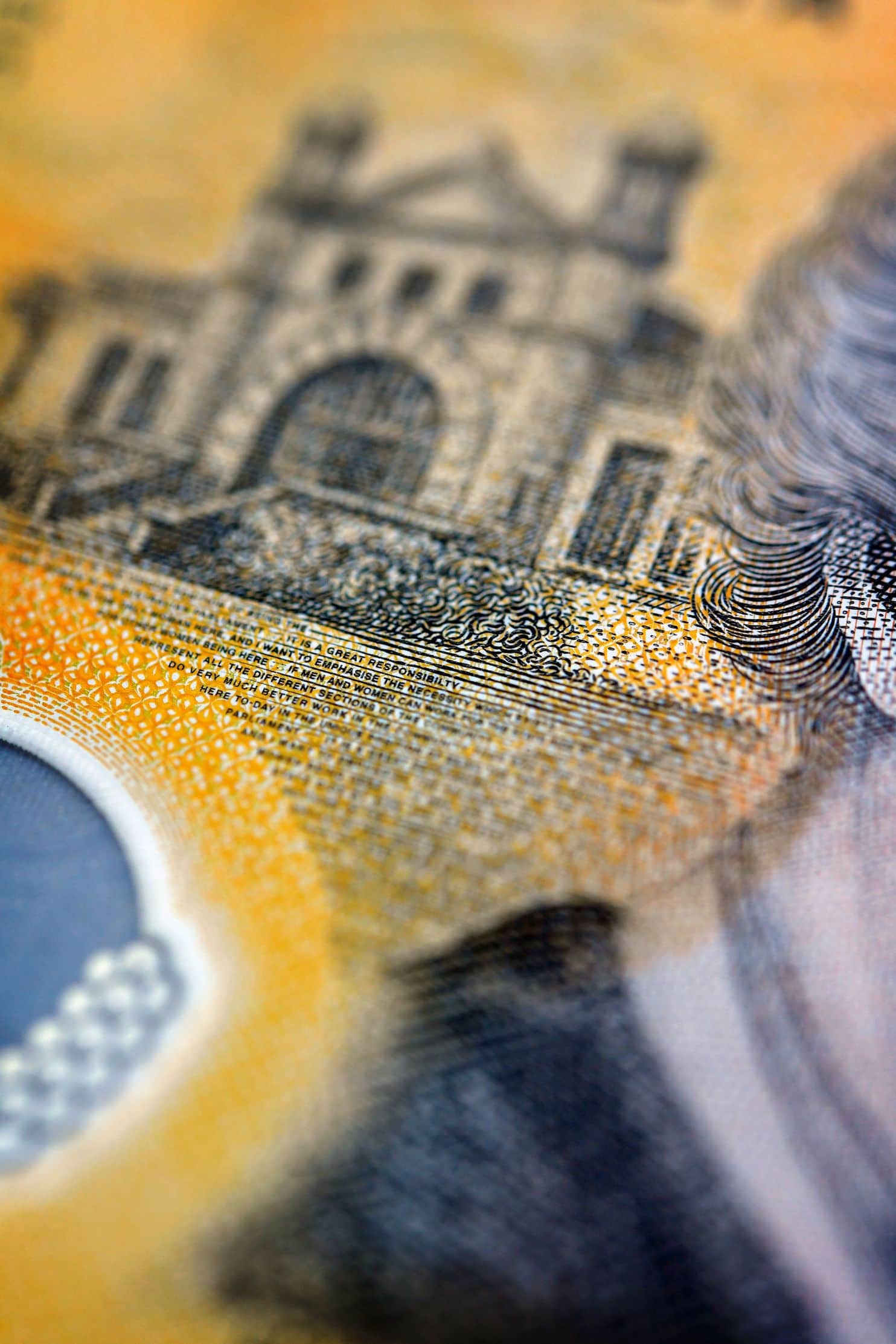 Still no idea what we're talking about? 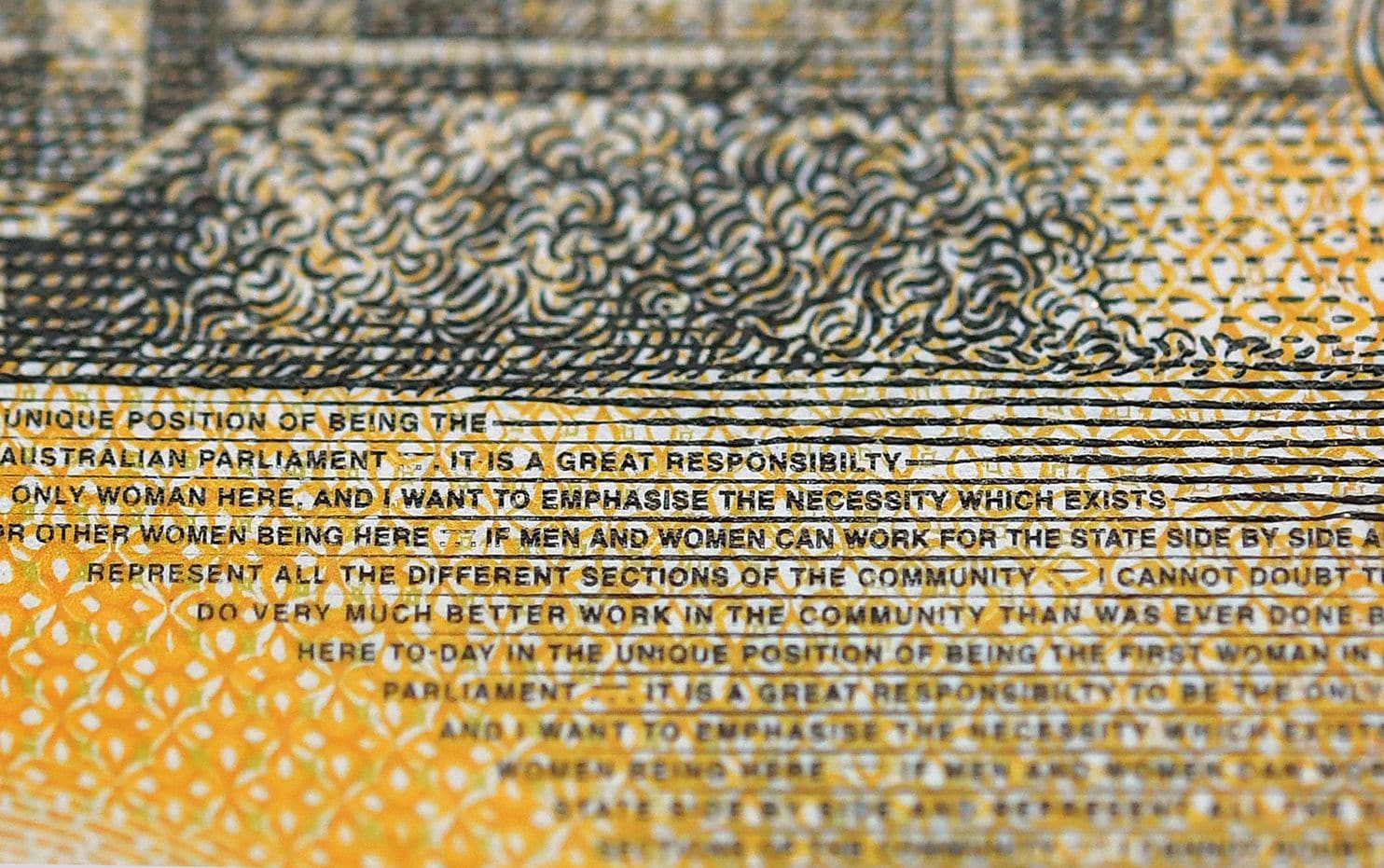 A magnified view of a 50 Australian dollar note containing a typo. (Dylan Coker/EPA-EFE/REX)

Yes, that's correct. The word we're looking for is "responsibility," or, as the storied Reserve Bank of Australia has it: "responsibilty." The mistake is repeated twice on the same bank note.

The words are part of Cowan's inaugural speech in July 1921, in which she said: "It is a great responsibility to be the only woman here, and I want to emphasise the necessity which exists for other women being here." ("Emphasise" doesn't count as a typo; it's the widely used British spelling of "emphasize", the US version of the word.)

Compared with other mistakes, the typos are almost certain to secure Australia a spot in the hall of fame of currency blunders that reach back far in history.

When the Bank of Canada started printing bank notes bearing the likeness of Queen Elizabeth II about seven decades ago, for instance, the institution received numerous complaints from readers who thought they had spotted a devil in her hair.

In subsequent editions, the queen's hair was reworked to look less like a portrait from hell.

The queen also caused a currency dispute in Australia once. Amid a debate about the monarchy's official status and influence in Australia, the government made a U-turn in the 1960s, after proposing to rename the Australian dollar "the royal". Previous ideas that were skipped reportedly included "the dinkum" and "the boomer".

While Australia averted disaster, the Philippines faced irreversible embarrassment in 2005, when it was realized that new bank notes misspelled the name of then-President Gloria Macapagal Arroyo.

On the notes, her last name was spelled "Arrovo."

The notes, authorities said at the time, were still valid, and, in fact, collectors coveted them.

That is less likely in the case of Australia's erroneous 50-dollar bills, given that there are more notes in circulation than the country of almost 25 million has citizens.

Its central bank has announced that the misspelled notes already in circulation will eventually be replaced - even though that might take some time.