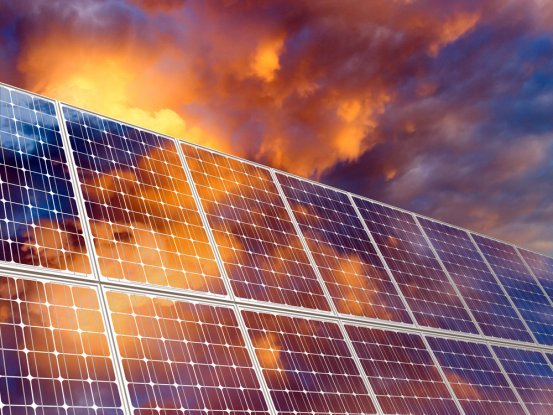 Researchers from UNSW Engineering have managed to achieve more than 40 percent efficiency in commercial solar panels - the highest efficiency rate ever reported.

The world-record rate was achieved by solar panels tested outdoors in Sydney, Australia, and was then confirmed independently by researchers using them in the US.

“This is the highest efficiency ever reported for sunlight conversion into electricity,” said UNSW Engineering Scientia Professor and Director of the Australian Centre for Advanced Photovoltaics, Martin Green, in a press release.

“We used commercial solar cells, but in a new way, so these efficiency improvements are readily accessible to the solar industry,” added Mark Keevers, who manages the project.

Right now, the most efficient solar cells are only converting around 33 percent of sunlight into electricity. But instead of just using one solar cell, the new technology works by splitting sunlight into four different cells.

It also uses a custom optical bandpass filter to capture sunlight that is normally wasted - the filter works by reflecting particular wavelengths, while transmitting others.

These cells were then used on a solar tower - a set-up that uses Sun-tracking mirrors to focus sunlight onto a solar panel-covered tower - where the record-breaking efficiency rate was recorded.

The prototype device will now be used by Australian company RayGen Resources to build "power towers" in an attempt to make cheaper and more efficient solar energy.

Green is also hoping that in the future these cells will be used in rooftop solar panels, which right now only have an efficiency rate of around 15 to 18 percent.

“The new results are based on the use of focused sunlight, and are particularly relevant to photovoltaic power towers being developed in Australia,” said Green in the release.

"The panels that you have on the roof of your home, at the moment they just have a single cell but eventually they'll have several different cells... and they'll be able to improve their efficiency to this kind of level," he told AFP.

Green is confident that in a decade, solar power will be cheaper than energy produced by coal, he explained to AFP.

The breakthrough will be published soon in the journal Progress in Photovoltaics, and is being presented today at the Australian PV Institute’s Asia-Pacific Solar Research Conference at UNSW Engineering.

Find out more about the game-changing research being done at UNSW Engineering.