15+ Bizarre And Beautiful Microscope Photos You Absolutely Must See

A strange and unseen world exists at our fingertips, and only microscopes have the power to bring this hidden dimension into view.

To honour the beauty and scientific importance of microscopic photographs - also called micrographs - the Nikon Small World image contest hands out awards and prizes to researchers and hobbyists who capture the most impressive images.

A handful of independent judges picks the contest's 20 best micrographs, and this year I joined the 43rd judging panel.

We reviewed more than 2,000 pictures from all over the world, and selected the best pictures based on technique, subject matter, and inherent beauty. (We also watched hundreds of stunning videos for the 2017 Nikon Small World in Motion competition.)

The image shown above is a tapeworm's head with all of its spiky mouthparts in stunning detail. To see more of the stunning images the judges saw, keep scrolling. This image came in second. It shows the seed-filled head of a groundsel flower: This Pac-Man-like photo is the third-place winner. It shows a colony of volvox algae bursting open: Here's the full shot of that tapeworm head: Fungus grows on a tomato in this image: These are spores of lily pollen: 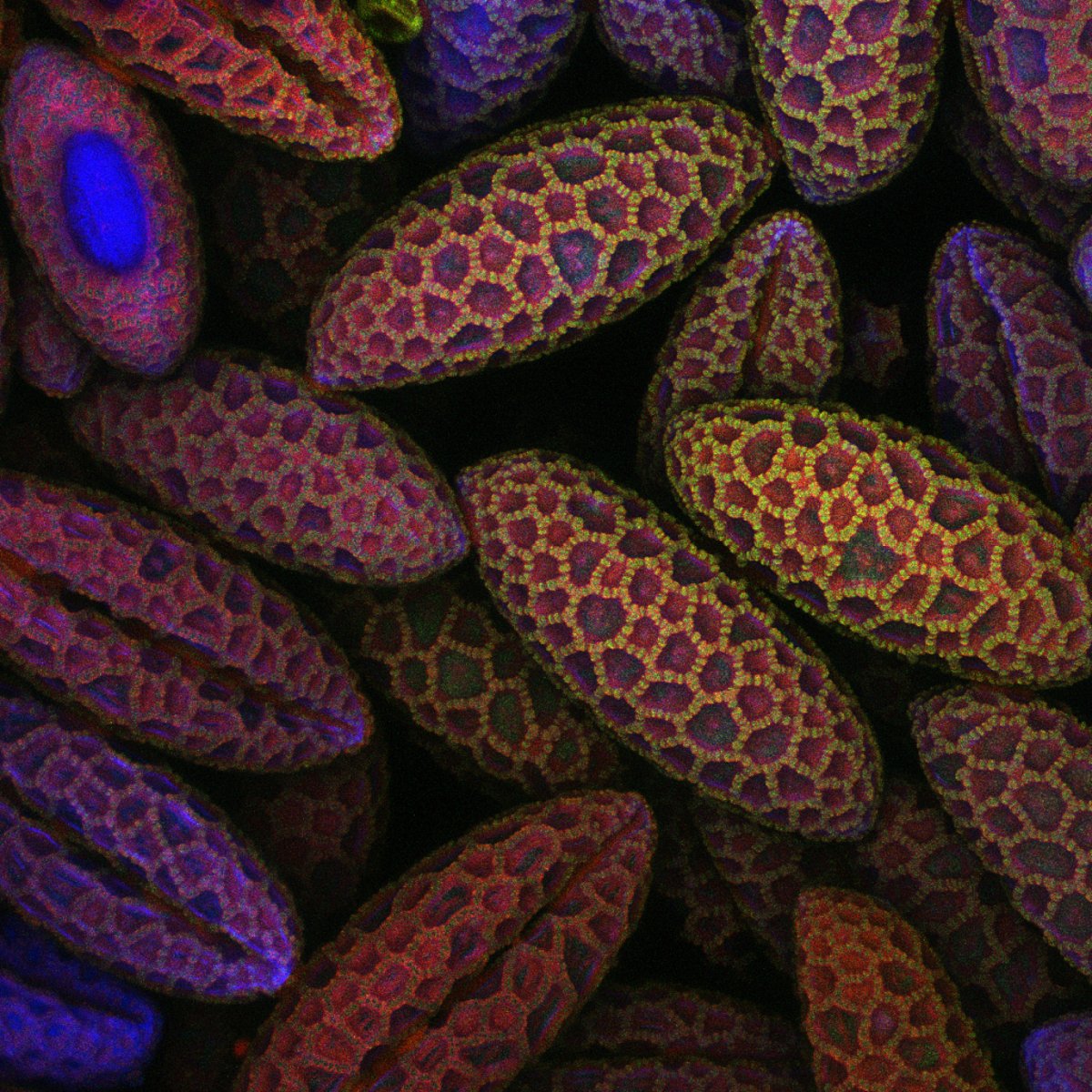 This part of an embryonic chick brain is coloured with the 'brainbow' genetic technique: Sensory hair cells (red) and neurons (green) reveal the structure of a rat cochlea (part of the inner ear): This cartilage-like tissue was composed and coloured to look like a Christmas tree: Two weevils work at passing on their genetic inheritance: A close-up of a credit card's holographic logo: 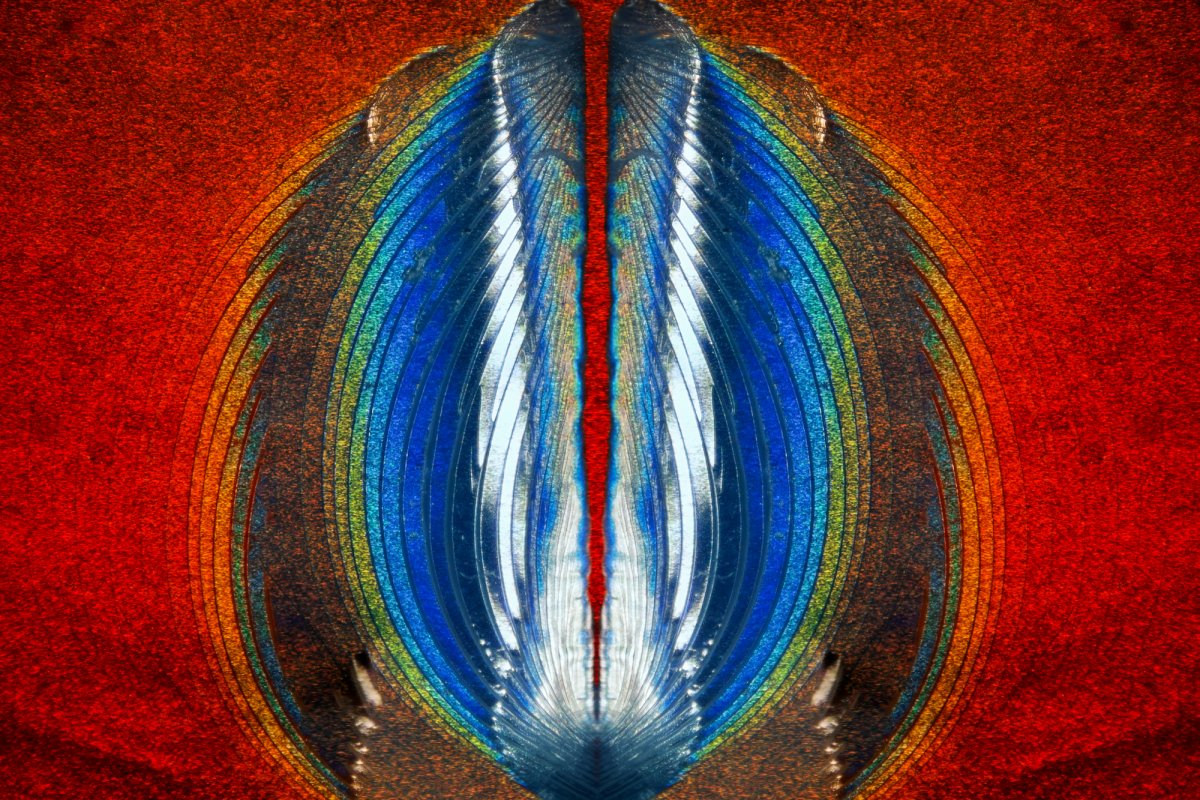 When you look at a daddy long-legs, these are the eyes looking back at you: Two Maestra butterfly eggs are nestled together on a leaf: A bat foetus with see-through skin and bones: 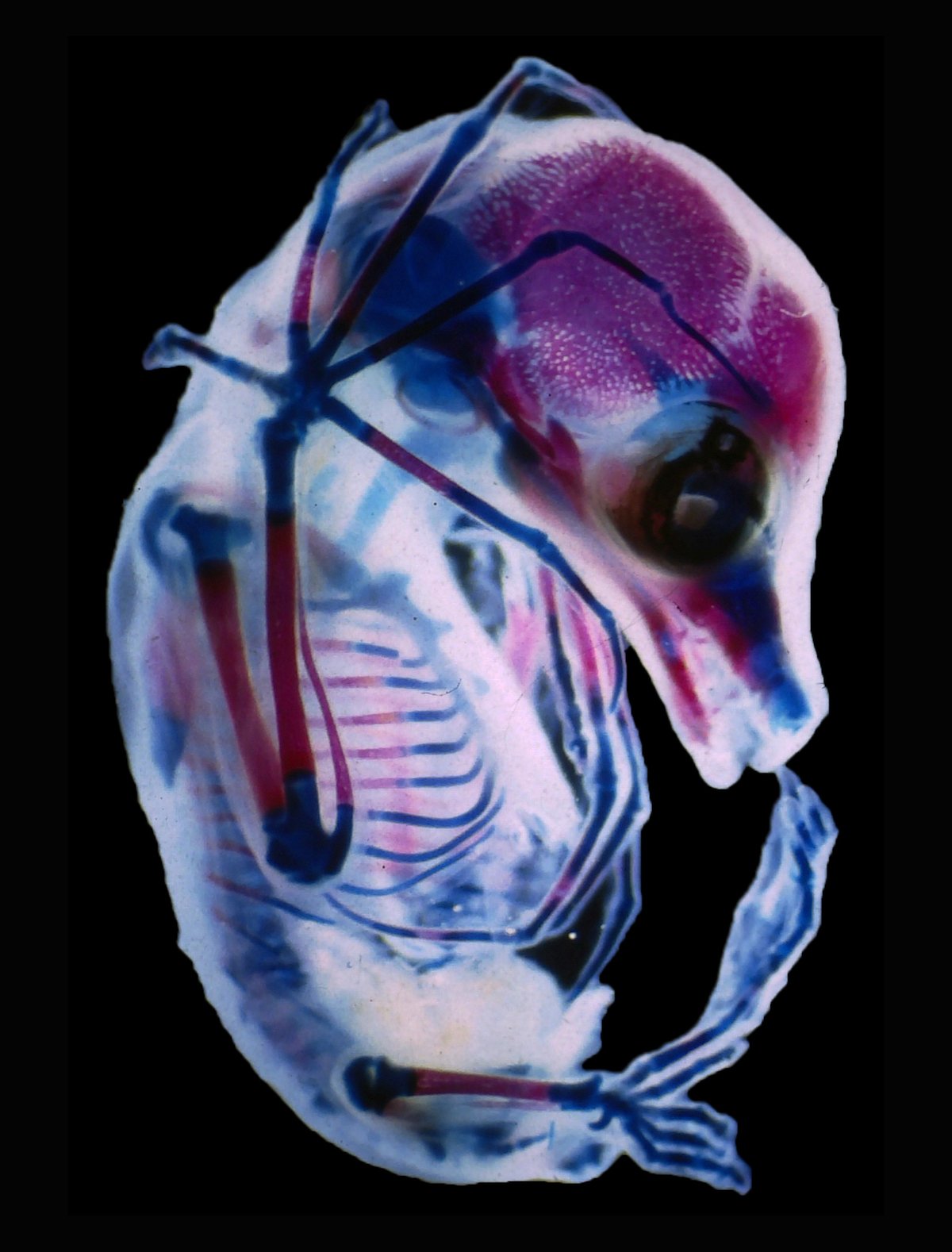 A great tit bird's down feathers shine like a rainbow under a microscope: 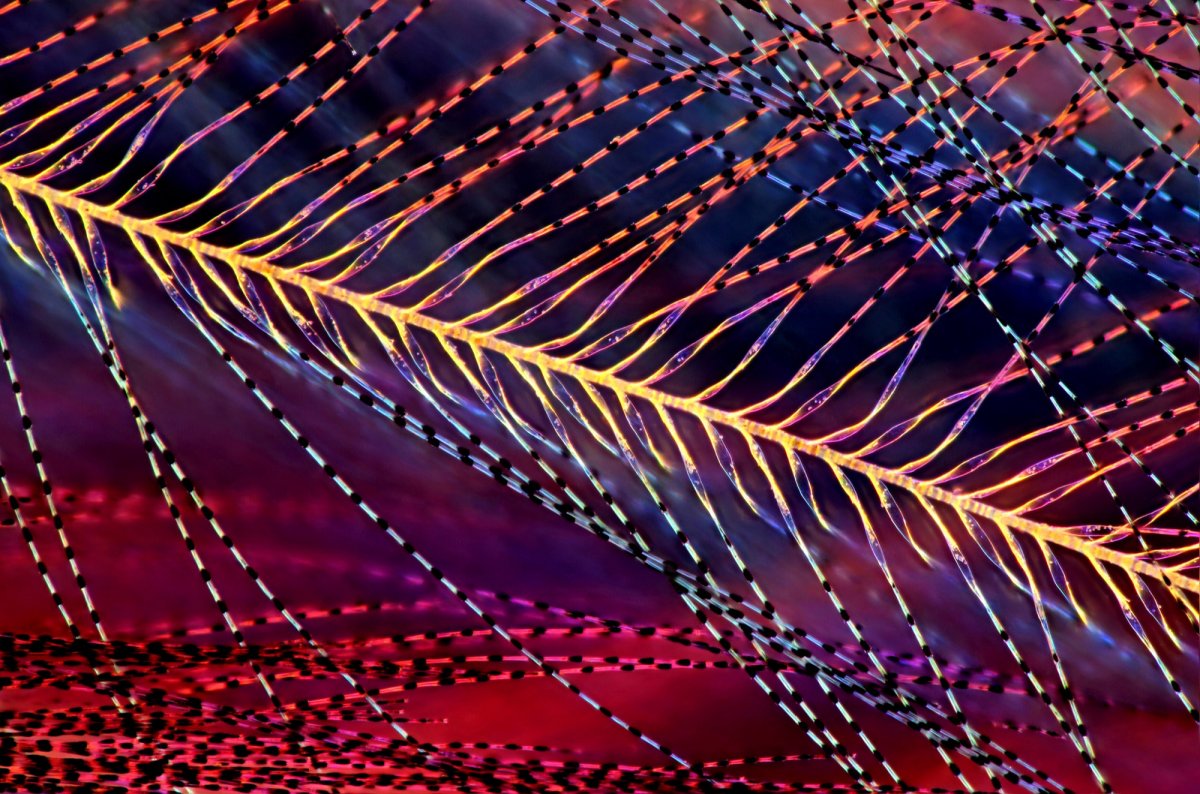 This dyed human hair is tied into a knot: An impressive profile of a mouse embryo wall: A colony of fungus in soil looks like a setting sun: