These Newly Discovered Ants Explode Their Guts All Over Their Enemies

When it comes to defending the nest, ants have developed a whole bunch of unique and painful ways to stop their enemies. But a new and bizarre species of "exploding ant" (Colobopsis explodens) blows them all away.

During territorial combat, these tree-dwelling ants latch onto their enemies, split open their own insides, and spill yellow, toxic goo all over their adversaries to kill them or at least to slow them down.

The new species joins over a dozen other "exploding ant" species so far discovered, though the trait is still quite rare.

In fact, until the newest discovery, no new exploding ant species had been found since 1935.

And even though this "explosion" isn't really like a bomb going off, it's still the end of the road for the defending ant, said Alice Laciny, an entomology PhD student at the Natural History Museum in Vienna.

And Laciny should know. She's one of the scientists who discovered the new species in the rainforests of Borneo.

"It's a bit like the mechanism of when a bee stings," she told Belinda Smith at the ABC.

Laciny explains that this "suicidal defence" is only common in social insects - such as ants, bees, and termites.

Unlike other animals, these hyper-social insects are happy to refrain from mating or even living if it means the rest of the community survives and flourishes.

"An ant colony shouldn't be treated as a family of individuals, but really like a super organism, and each ant acts more like a cell in a body and it has its own role to play," said Laciny.

This certainly holds true for this new ant species. Only the minor workers in this species have the ability to kill their adversaries by exploding their insides.

The major workers, with their bulky, over-sized heads, have a different role to play in the colony.

"The entrance to their nest is a small hole, pretty much exactly the same diameter as the head of the major workers," said Laciny.

"So they actually just stick their head in the hole and plug it up, so nothing can get inside. Where the minor workers are kamikaze, the major workers are more like passive resistance." 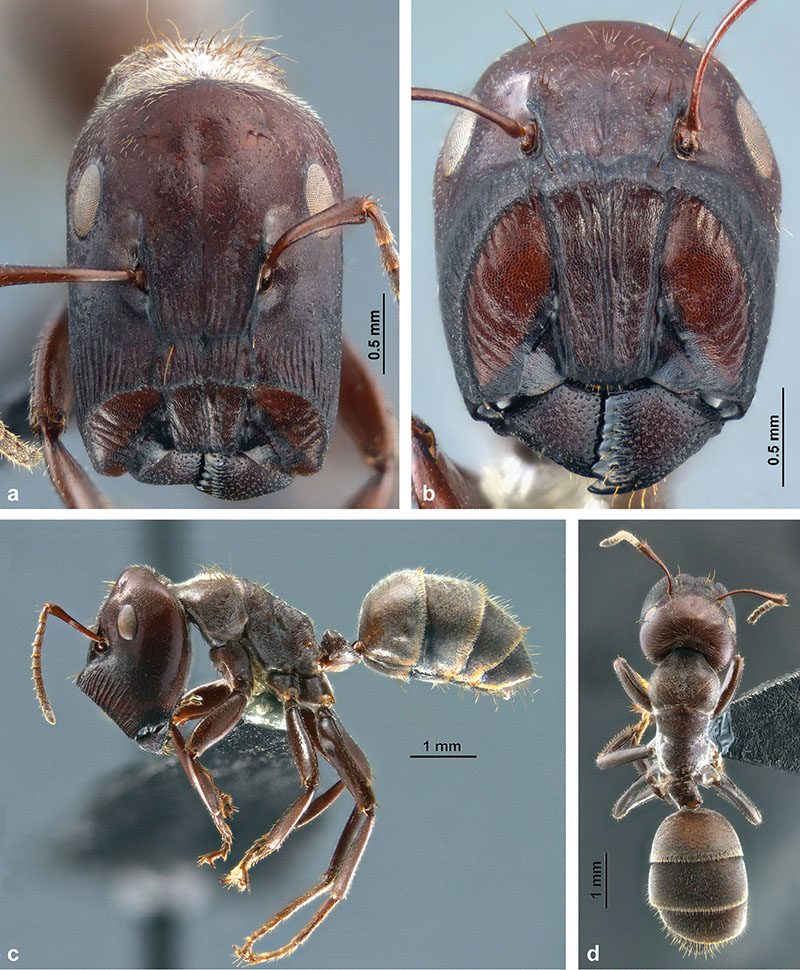 In Australia and the US, there are a few species of ants with similar "plug heads", though they use them for different reasons.

For instance, the Australian beach-dwelling ant, Camponotus anderseni, uses its enlarged head to keep out water.

"Their nests are inundated by the tides every tidal cycle, so the nest of these ants is underwater for large periods of time every day," said Alan Anderson, an ant ecologist at Charles Darwin University.

"So these ants plug the nest entrances, not to keep enemies out, but to keep water out."

Ant species that hold similar traits and are better researched may help unlock some of the mysteries of C. explodens.

Because, as the researchers point out in the study, there's still way more we can learn about these explosive, new insects.

The study has been published in ZooKeys.