NASA isn't thrilled about having to pay Russia billions of dollars to launch US astronauts on Russian rockets inside of Russian spacesuits. But that's the current spaceflight pickle the space agency finds itself in; there's really no other option unless you're China.

However, two aerospace companies - SpaceX and Boeing - are working hard to fulfil contracts for NASA to build and launch astronauts to low-Earth orbit as soon as 2018 (a delay of about three years). SpaceX is working on its Dragon spacecraft while Boeing is developing and testing its CST-100 Starliner spacecraft.

To that end, on Wednesday, Boeing for the first time publicly unveiled a crucial new piece of its Starliner system: a spacesuit to protect the next generation of astronauts as they launch toward the International Space Station, and eventually more exotic destinations like an asteroid, or even Mars.

"Astronauts had formerly had these relatively bulky, heavy suits with thick neck rings. And we learned throughout the years that maybe we didn't need that," Ferguson said in a Boeing promotional video.

"We've simplified the suit. It's lightweight."

The suit, according to Boeing, is also much cooler than typical spacesuits. Below the shoulder material, for example, is a mesh that allows passive airflow to the suit.

"You can pretty much lay there without any external cooling. It's that comfortable," Ferguson said.

The suit also features a helmet that comes on and off with a large zipper, and smaller and less bulky gloves (which, yes, are made with material that allows them to interact with touchscreens).

Here are some of the first public views of Boeing's new spacesuit.

This is the new CST-100 Starliner spacesuit that was designed and built by Boeing: 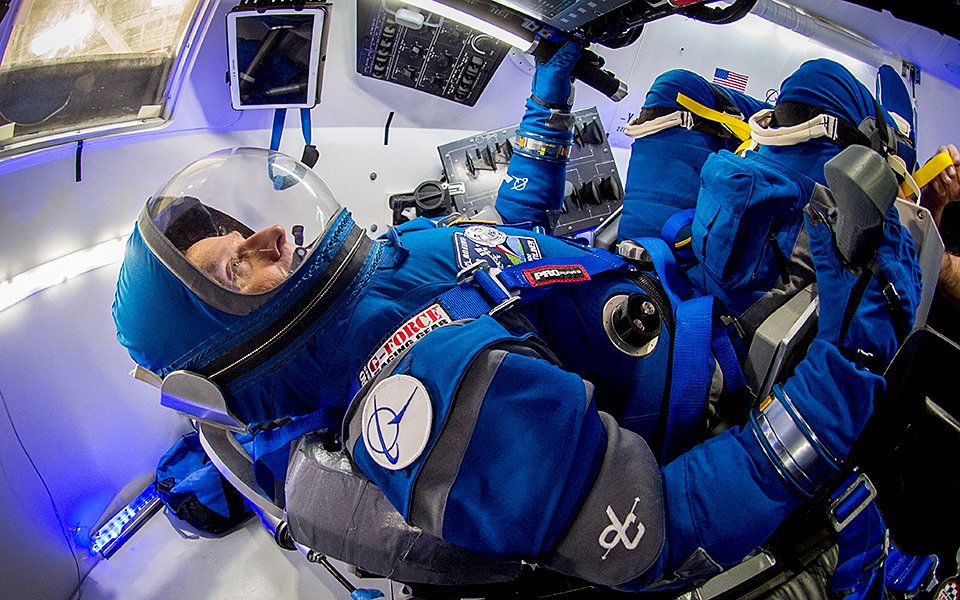 Here's former astronaut Chris Ferguson, one of its designers, wearing the device. The gloves are compatible with touch screens. The helmet is attached with a thick, air-tight zipper - no heavy or bulky neck ring required. NASA astronaut Eric Boe is the guy in the suit. 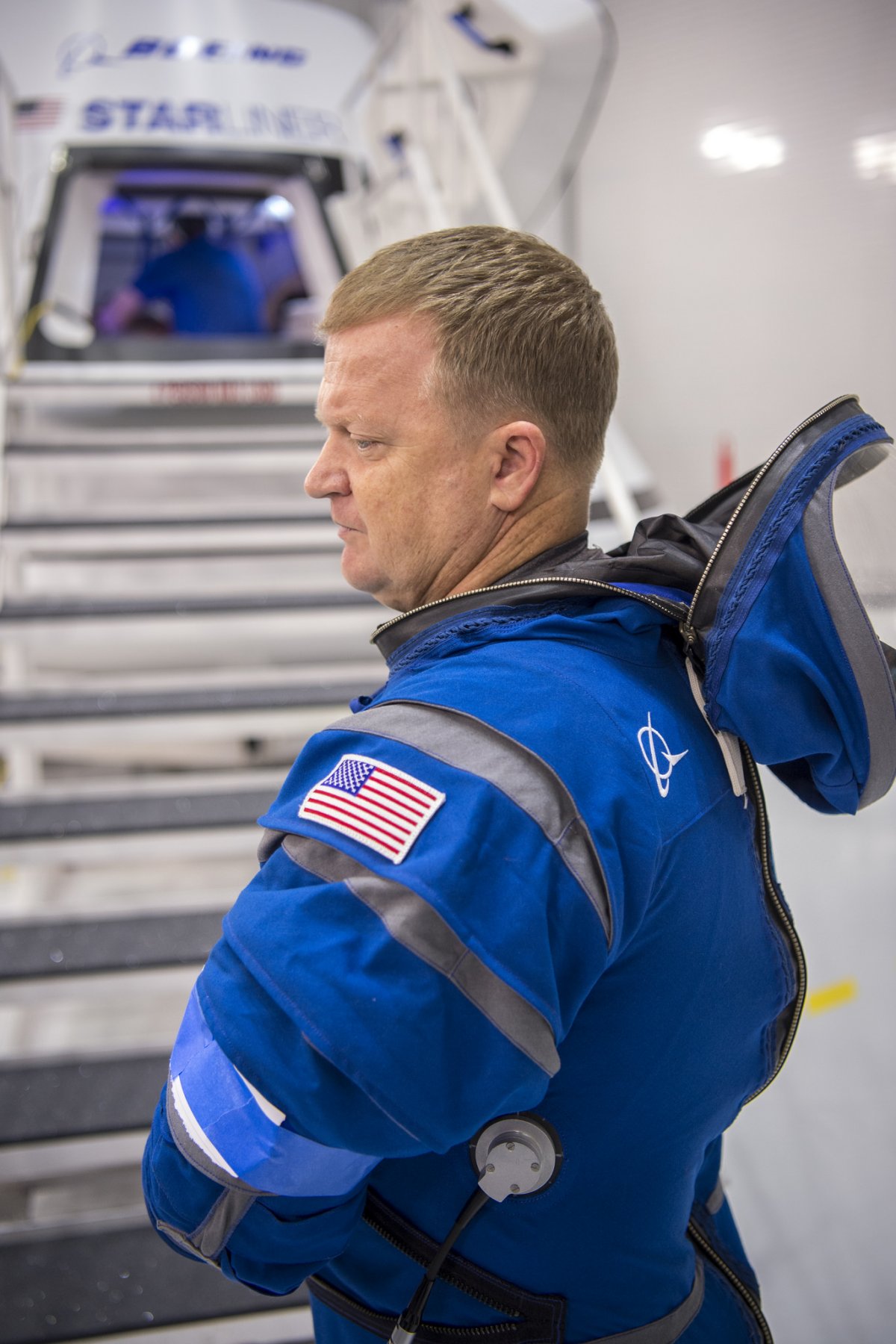 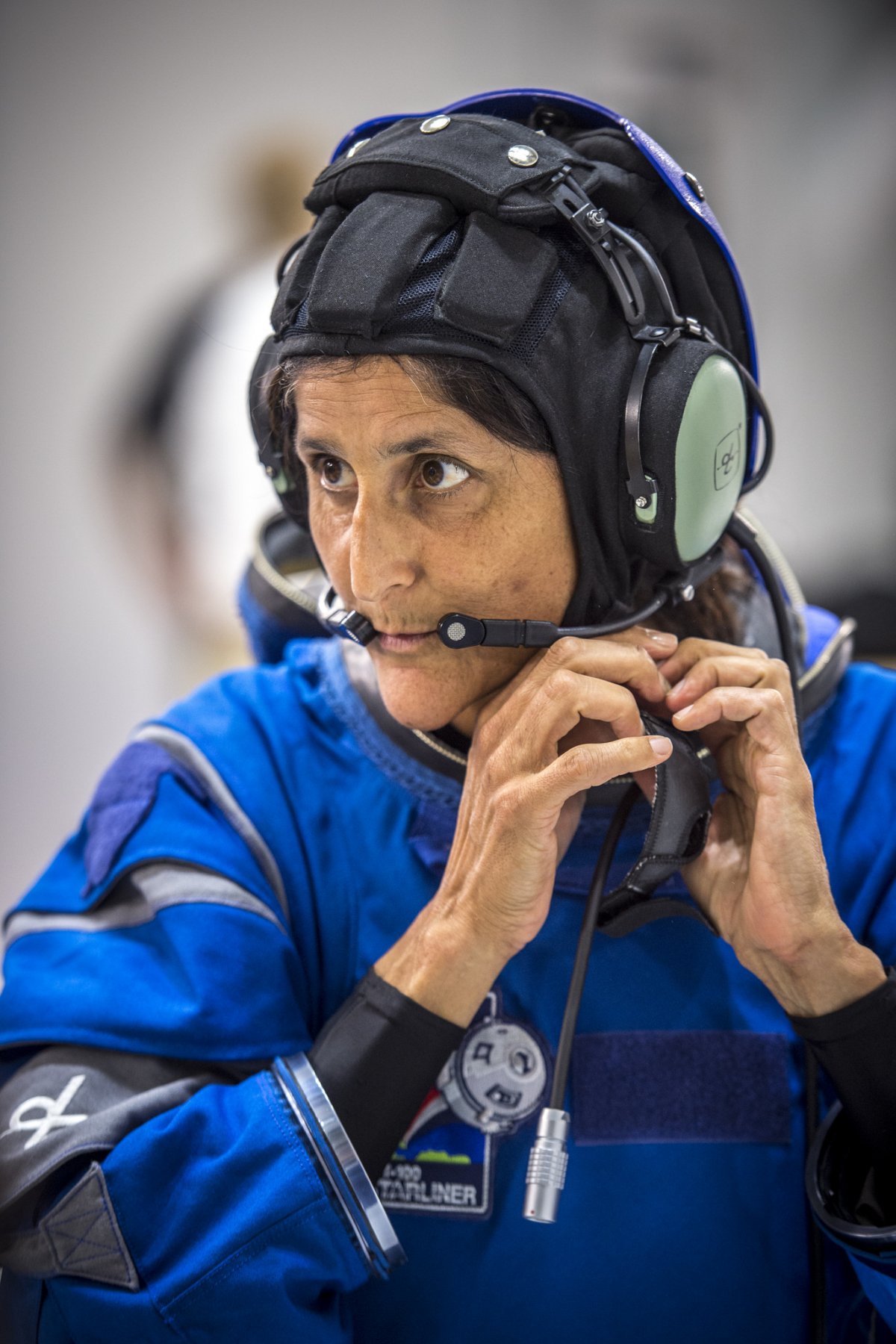 Boe is being strapped into a prototype of the CST-100 Starliner space capsule: 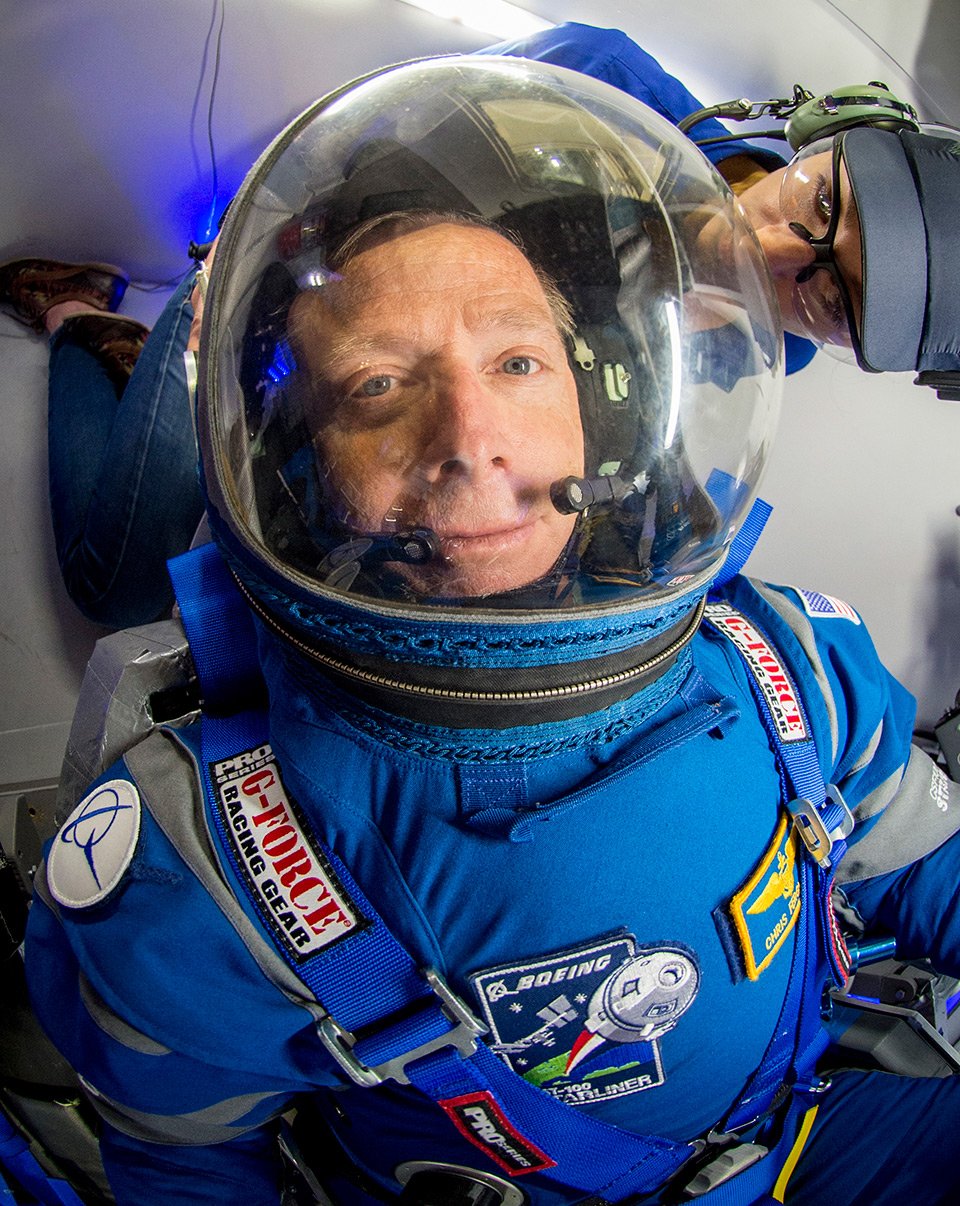 A Boeing worker works with Boe during a test:

The CST-100 Starliner spacecraft will eventually carry up to seven astronauts: Boe shows off the rest of the suit, including the booties: