(Best Illusion of the Year Contest/YouTube)

It's been one heck of a year, but we're on the home stretch. Now, let's celebrate by looking at something very strange that seems to make no sense whatsoever to my poor befuddled brain.

What we have here is the winner of this year's Best Illusion of the Year Contest for 2020, and it is indeed a worthy mind-boggler, taking one of the best-known traditional 2D optical illusions and realising it perplexingly in three-dimensional space.

Designed by the mischievous mathematician Kokichi Sugihara – a celebrated Japanese illusionist and repeat winner whose work we've featured more than once on the site – this is called the 3D Schröder Staircase.

The classic Schröder Staircase, published in 1858 by the German scientist Heinrich G. F. Schröder, would later evolve into other forms in the work of Dutch artist M. C. Escher, but the striking simplicity of the original is still a stunner.

In the illustration, what at first appears to be an unambiguous depiction of a single staircase seen from above turns out to be two staircases (the other seen from below). 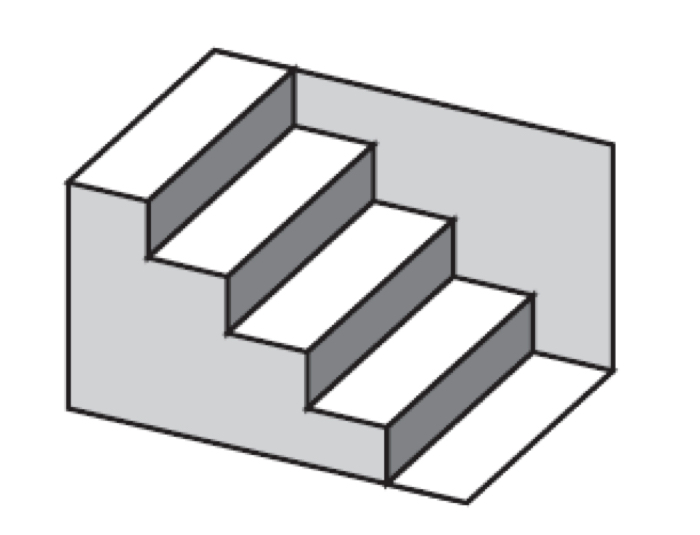 If you can't visualise it, simply turning Schröder's Staircase upside-down tends to make the alternative perspective visible… but maybe only for a fleeting second, before your mind undergoes the psychological phenomenon of the Gestalt Shift, in which your perception switches back to its earlier interpretation.

In his new twist on this already twisted topic, Sugihara has now reverse-engineered the same 2D staircase illusion into a 3D form, devising a cardboard cut-out that does the exact same trick when viewed from a certain perspective – even though the actual physical shape of what you're looking at is nothing like what it seems.

"The present 3D object also has two interpretations, both of which are staircases seen from above, and the interpretations switch from one to the other when we rotate the object by 180 degrees around the vertical axis," Sugihara says. 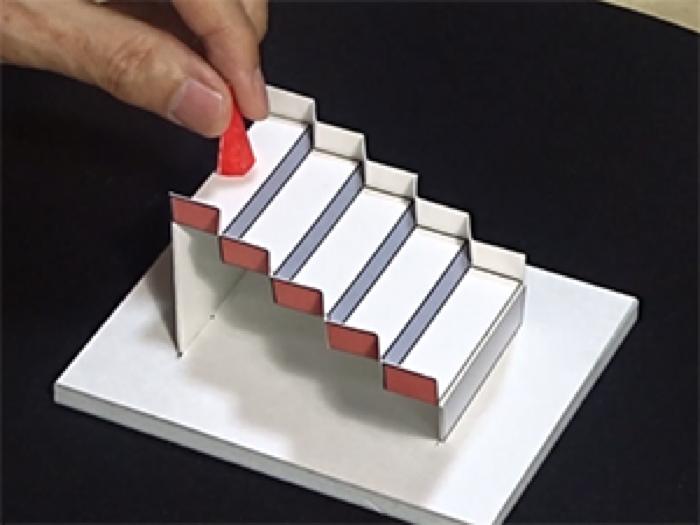 On his website, Sugihara teases how the illusion is actually constructed, going as far as to provide a free 'construction kit' diagram for the impossible steps, in case you feel like making a set to keep at home.

At the heart of the illusion is a simple trick: the stairs might look like stairs, but they're actually a flat surface, making clever use of angles and shading to fool your brain.

To make the job of visual perception easier, our brains make convenient assumptions wherever they can. Dark tones mean shadows, hinting at depth; converging lines are usually a measure of distance. Throw them together and your lazy brain will do its best to find a familiar story to fit the shapes. Sure it's wrong, but usually these shapes do in fact make up staircases.

"This object is an example of my experimental material to investigate the behaviour of the brains, which are apt to misperceive 2D pictures as 3D objects when they are embedded in real 3D structures," Sugihara explains, noting that the addition of real 3D side walls and support columns fills out the bewitching illusion.

"As the result, we perceive new ambiguity, which is different from that of the original Schröder Staircase."

In addition to turning the 3D Schröder Staircase around (the 3D equivalent of turning the 2D illustration upside-down), careful positioning with a mirror reveals something uncanny: both perspectives seen simultaneously, and there's not a thing the Gestalt Shift can do about it. 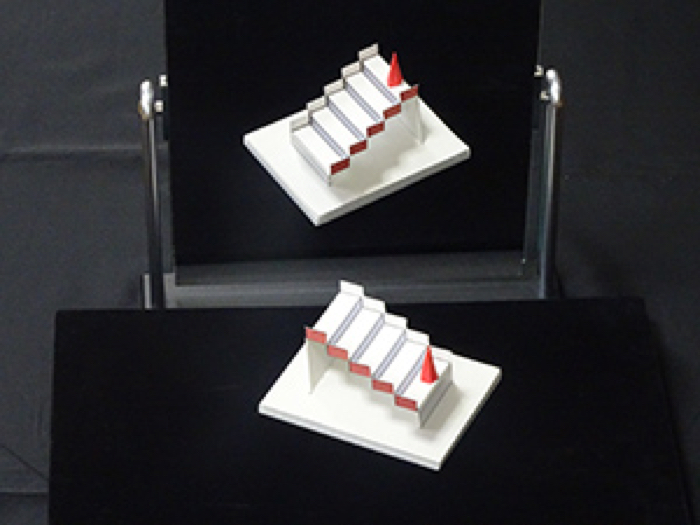 For more mind-bending illusions from this year's competition, all of the finalists can be seen at the Best Illusion of the Year Contest web site.