Scientists in California Just Discovered a New Type of Earthquake

Researchers in southern California have discovered a new type of earthquake that can occur a lot deeper than expected - more than 24 km (15 miles) deep, in Earth's upper mantle.

This new type of earthquake can't be detected by traditional seismic sensors, and has the potential to make quakes much more destructive than previously predicted.

Until now, our understanding of earthquakes was that they occur in the top half of the planet's crust, as continental plates build up tension by pushing and rubbing up against each other.

It was thought that quakes in southern California did not occur any deeper than around 19 to 24 km (12 to 15 miles), because below that is Earth's mantle, which is so hot that rock becomes a honey-like liquid, which is assumed to be incapable of building up seismic strain.

But using the most powerful seismic sensors available, a team from Caltech in Pasadena detected small earthquakes occurring along the Newport-Inglewood fault line deeper than 24 km (15 miles), all the way into the Earth's upper mantle - representing a whole new type of earthquake.

The Newport-Inglewood fault line is where the deadly 1933 magnitude 6.3 earthquake occurred, which killed around 115 people in the Long Beach area.

Although the deep earthquakes detected along the fault so far have been minor - with a maximum magnitude of around 2 - the team thinks the fact that earthquakes can extend this deep could make future quakes even more devastating.

"If earthquakes want to get big, one way of achieving that is by penetrating deep," one of the researchers Jean Paul Ampuero told Rong Gong Lin II over at the LA Times.

"The big question is: If the next, larger earthquake happens, if it manages to penetrate deeper than we think, it may be bigger than we expect." 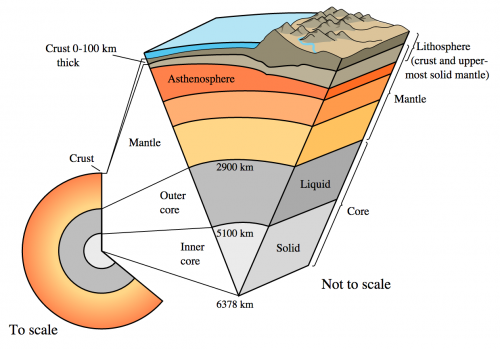 The Newport-Inglewood fault line is the same type of fault as the San Andreas, which suggests the longest fault line in California could also experience these deep quakes.

The researchers first started looking into the potential of deeper earthquakes after the April 2012 quake that struck in the Indian Ocean off the coast of Sumatra, and registered as a magnitude 8.6.

It was the largest quake of its kind "that has ever happened", said Ampuero, and it happened on a fault known as a strike-slip, which is the same kind of fault as the Newport-Inglewood and the San Andreas.

But the problem with the 2012 Sumatran quake was that it wasn't possible to explain how it got so big with existing science - it would have had to go deeper than just Earth's crust, all the way down into the mantle.

And the team has now shown that the same thing is possible on the Newport-Inglewood fault line.

If a shallow earthquake along this fault line extended deeper into the mantle, the team says it's possible that it could reach the strength of a magnitude 7.4.

That's not great, considering the fact that southern California is already bracing for a big earthquake, with the San Andreas fault "locked, loaded, and ready to go", and a brand new fault line running parallel to San Andreas discovered last week.

But right now, the researchers know very little about this new type of deep earthquake, and although they worry it could make earthquakes more severe, they admit that these deep earthquakes could also just be small, localised 'chatter' that don't link up with each other, so wouldn't affect quakes closer to the surface.

"This could be good news, in a way, because if they never break together, that means they can break in tiny earthquakes, but they cannot break in large ones," Ampuero told the LA Times. "So several questions are still open. I wouldn't say that this is cause for alarm at this point. These are very interesting questions that we need to pursue."

Now that we know this new type of earthquake exists, the race is on to understand more about them, and where they occur. In this study, they were only found along the 23-square-km (9-square-mile) area of the Newport-Inglewood fault that's underneath Long Beach, and weren't seen further to the north-west.

That might have just been a case of timing, becauseu the team was monitoring Long Beach for longer than other parts of the fault line. But it could also suggest there's something unique about Long Beach that's producing these deeper quakes - that's also evidence that there are some liquids flowing from the mantle up to the surface in the area, Lin reports.

For now, though, we don't have much to worry about - although the discovery of a magnitude 3 or 4 quake this deep in the mantle would be cause for additional concern, US Geological Survey (USGS) geophysicist Brad Aagaard, who wasn't involved in the study, told the LA Times.

"It's worth further investigation, on multiple fronts, to look at what the physics of the Newport-Inglewood really are," he said.

Only time will tell if these new types of earthquakes can occur all over the planet, and the type of threat they really pose. But one thing's certain - it's going to change and hopefully improve our understanding of how earthquakes and Earth's mantle interact.

"It's a very cool study," said USGS seismologist Susan Hough, who wasn't involved in the study. "Whether or not deep fault extensions store significant strain, understanding their behaviour gives us a better understanding of fault and plate boundary systems."