China has landed an ambitious rock-collecting mission on the Moon.

The China National Space Administration (CNSA) abruptly cut off its live coverage about a half hour before the landing, which was scheduled for 10:13 am ET (0313 UTC) on Tuesday. The agency later announced that the spacecraft had touched down, according to CGTN.

The lander is one of four robots in a mission called Chang'e-5, which aims to send a sample of the lunar surface to Earth before the end of 2020. If successful, it will be the first time a country has brought home Moon rock in more than 40 years. 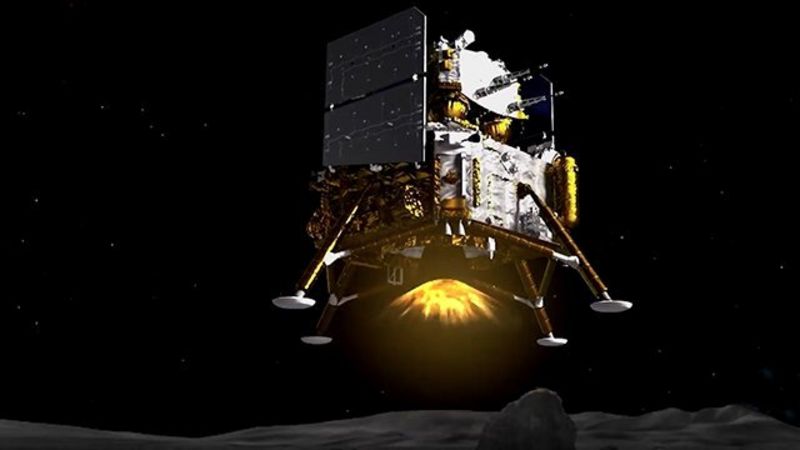 The lander's robotic arm is programmed to drill about 6 feet (1.8 metres) into the lunar surface to collect 4.4 pounds (2 kilograms) of lunar rock and dust from a previously unexplored region: a volcanic plain called Mons Rümker. The material could provide new information about the Moon's past volcanic activity.

The robotic arm should then transfer the sample to an ascent module sitting on top of the lander. With the sample secure, that module should lift off to rendezvous with the mission's orbiter, which is currently circling the Moon with its Earth-reentry module in tow.

If all goes well, the trio of robots will then return to Earth with their Moon rock prize, which is set to land in Inner Mongolia in mid-December.

"This is a really audacious mission," David Draper, the deputy chief scientist at NASA, told the New York Times. "They're going to move the ball down the field in a big way with respect to understanding a lot of things that are important about lunar history."

'We will rewrite the history of the Moon'

Previous Moon rock samples collected by the US and Soviet Union have led scientists to conclude that volcanoes were active on the lunar surface about 3 billion years ago. But scientists estimate that regions like the Mons Rümker plain may have hosted volcanic activity as recently as 1.2 billion years ago, based on observations of the lunar surface.

If lunar volcanoes were indeed active that recently, "we will rewrite the history of the Moon," Xiao Long, a planetary geologist at the China University of Geosciences in Wuhan, told Nature.

Analyzing lunar rocks could help planetary scientists understand how the Moon was able to sustain volcanic activity for billions of years.

"The Moon is small, so its heat engine should have run out a long time ago," Clive Neal, a geoscientist at the University of Notre Dame in Indiana, told Nature.

The rocks could also help scientists determine the age of regions on other planets like Mars. Researchers investigate this by analyzing the ages of Moon rock samples, then counting the craters on the areas of the Moon from which those samples were collected. More craters indicate an older region, since there has been more time for impacts to accumulate, and the early solar system was more violent than the present.

So far, scientists have only been able to study Moon rock samples from lunar regions that are at least 3 billion years old. Because the Mons Rümker plain appears to be far younger, samples from the region could help scientists more precisely estimate the region's age.

Scientists can then estimate the age of other planetary regions by comparing how many craters their surfaces have relative to the Moon.

NASA and China are racing to the Moon

It's the sixth in a series of ambitious missions by China to explore the Moon, which could potentially lead to the building of a human settlement there.

This is the third time that CNSA has landed a robot on the lunar surface. The agency now has seven spacecraft operating on the Moon or in its orbit, according to SpaceNews correspondent Andrew Jones.

NASA has similar ambitions to establish a permanent lunar base, but it has not yet launched the precursor Moon missions needed to reach that goal. The agency has not landed anything on the Moon since 1972. 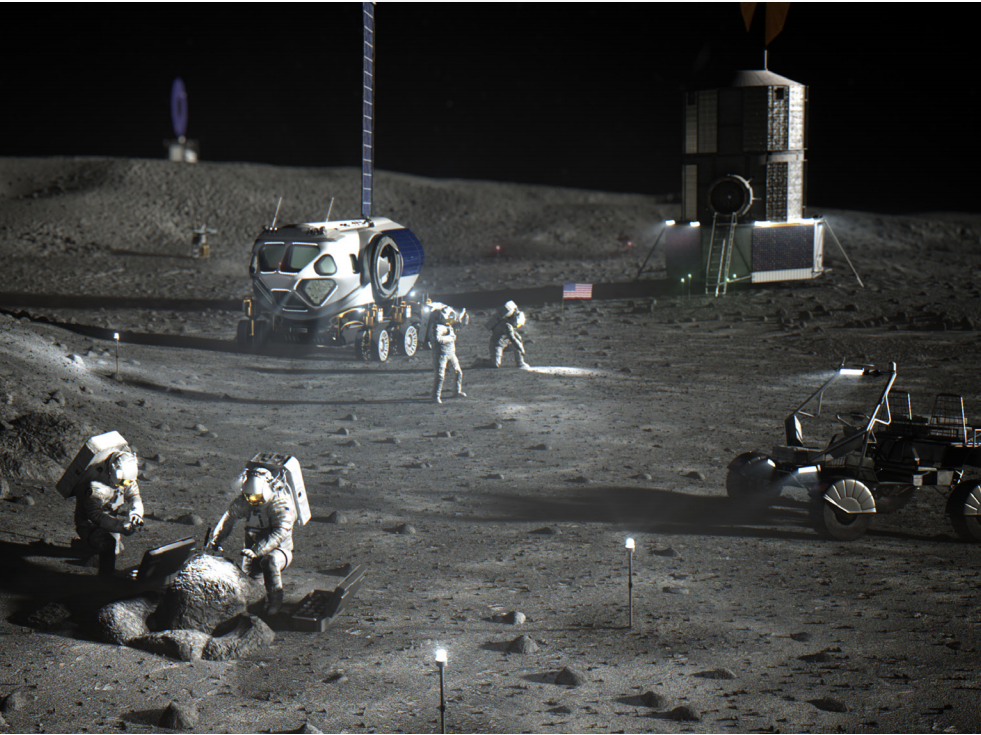 An artist's concept of the Artemis Base Camp. (NASA)

However, NASA and Elon Musk's space-exploration company SpaceX successfully sent two astronaut crews to the International Space Station this year, marking the first time the US has launched astronauts since 2011. The missions have paved the way for landing humans on the Moon again, which NASA aims to do in 2024.

The agency also plans to send its first rover to the Moon's south pole to map out ice reserves in 2023.

To prepare for human residence on the Moon, NASA has drafted the Artemis Accords - a series of pledges to keep space exploration peaceful, collaborative, and sustainable. Nine countries signed onto the accords this year, but China was not among them.

NASA has been unable to collaborate or coordinate with China ever since Congress banned the agency from doing so in 2011.

"This is no easy task," he wrote on Twitter.

"When the samples collected on the Moon are returned to Earth, we hope everyone will benefit from being able to study this precious cargo that could advance the international science community."