China has announced that it'll be bringing a nuclear power plant online in 2017 that's immune to meltdown. Consisting of next-generation, twin 105-megawatt reactors, the plant doesn't rely on complex, external systems to regulate its temperature - such as the kind that failed at Fukushima - and, in theory, it shouldn't ever overheat.

While the technology behind the reactor originated in Germany decades ago, this is the first time the design will be built on a commercial scale anywhere in the world, and it's a pretty big deal. If China pulls this off, it'll take away one of the biggest concerns about nuclear power, and suggests that the technology could be used to safely provide energy, with far less greenhouse gas emissions than fossil fuels.

The reactor is being built in the Shandong province, south of Beijing, and construction is almost complete, according to Zhang Zuoyi, director of China's Institute of Nuclear and New Energy Technology. The next step involves 18 months of testing and fuel-loading, before the reactors finally go critical in November 2017.

If it's successful, the new plant will generate 210 megawatts of energy, and China is ready to go all in on the technology, with a 600-megawatt facility already planned in the Jiangxi province. China has also announced plans to sell the reactors internationally, with an agreement in place to construct a reactor in Saudi Arabia.

"This technology is going to be on the world market within the next five years," Zhang told MIT Technology Review. "We are developing these reactors to belong to the world."

Nuclear reactors work by sustaining a reaction known as nuclear fission, where atoms are split into smaller neutrons and nuclei. It's an incredibly efficient process - millions of times more efficient per mass than coal - but it also produces dangerous radioactive nuclear waste, and poses the risk of catastrophic meltdown.

When a meltdown happens, nuclear waste leaks out into the environment, making the surrounding area unliveable for decades to come, which is what happened at both Chernobyl and Fukushima. This risk is the main reason many countries are now moving away from nuclear and towards safe renewable energy, such as wind and solar.

But the new reactor is what's known as a high-temperature, gas-cooled, pebbled-bed reactor, and it prevents meltdown from happening in two ways. Firstly, the uranium fuel is encased in graphite spheres, roughly the size of tennis balls - these are the pebbles - which means the fuel can't break down, even if the temperature does pass a certain threshold.

But more importantly, the reactor is constantly blasted with helium gas to keep the system running at 950 degrees Celsius.

"Such high-temperature reactors are immune to meltdown because they don’t require elaborate external cooling systems of the sort that failed at Fukushima, Japan, in 2011," writes Richard Martin for MIT Technology Review. "The graphite coating protects the fuel from breaking down, even at temperatures well beyond those found in the reactor core during operation, and once the interior temperature passes a certain threshold, the nuclear reactions slow, cooling the reactor and making it essentially self-regulating." 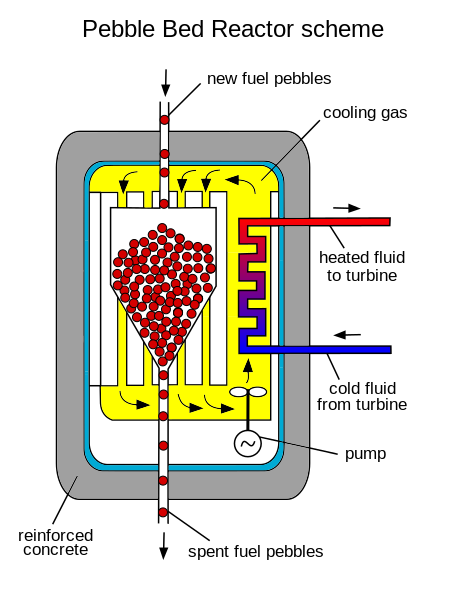 Nuclear waste is still a problem with this system, but the pebbles also make the uranium easier to dispose of - China's ultimate goal is to recycle the waste products.

The real challenge with this type of reactor is the cost involved - those uranium pebbles aren't cheap - which is why no other country has built them on the commercial scale before. But China's sheer size could help overcome that.

"There have been studies that indicate that if reactors are mass-produced, they can drive down costs," said Charles Forsberg, executive director of the MIT Nuclear Fuel Cycle Project. "The Chinese market is large enough to make that potentially possible."

It's not the only groundbreaking nuclear project on the go in China - the country recently managed to heat hydrogen gas to 49.999 million degrees Celsius, and sustained a cloud of hydrogen plasma for an impressive 102 seconds, which is a huge step towards making nuclear fusion (the reaction that powers our Sun) viable.

Regardless of which technology takes off first, all of this investment might be what it takes to put fossil fuels out of action for good.

"What you are seeing is serious intent," said Forsberg. "They may kick greenhouse gases out of their power sector before we do because of that serious intent."

In the renewable energy space, healthy competition can only be a good thing, so we can't wait for China to put the pressure on the rest of the world.