It has long been thought that one of the reasons we humans developed large brains was to allow us to maintain complex social structures. But the social system of a small-headed guineafowl now suggests that large brains are not necessarily a requirement for complex multi-levelled societies.

Even amongst a crowd, vulturine guineafowl (Acryllium vulturinum) can find their friends, and keep track of their social status with hundreds of other individuals - a feat previously only known in mammals.

Named for their bare head and neck, these strikingly red-eyed and blue-breasted social birds are found in Northeast Africa. They are often observed hanging out in groups, which in itself isn't unusual for birds. What's different here is that these groups also have consistent associations with other groups, adding an entire social tier to their bird society.

Researchers from the Max Planck Institute and University of Konstanz in Germany tracked the social interactions of a population of over 440 adult vulturine guineafowl in Kenya for several years. They discovered that this large population was made up of 18 social groups, with 13 to 65 individuals in each.

The groups consist of multiple males and females, including breeding pairs and non-breeders, and remain stable across the seasons. They intermingle with other groups during communal roosting at night and during daytime activities: For example, certain groups choose to roost with each other at night, even if they do not share the same territory or hang out together during the day.

After mingling, individual birds consistently split back into their original groups, meaning they understand who is part of their group and who isn't. The researchers even suspect the birds have something akin to smaller clusters of friends within these groups. 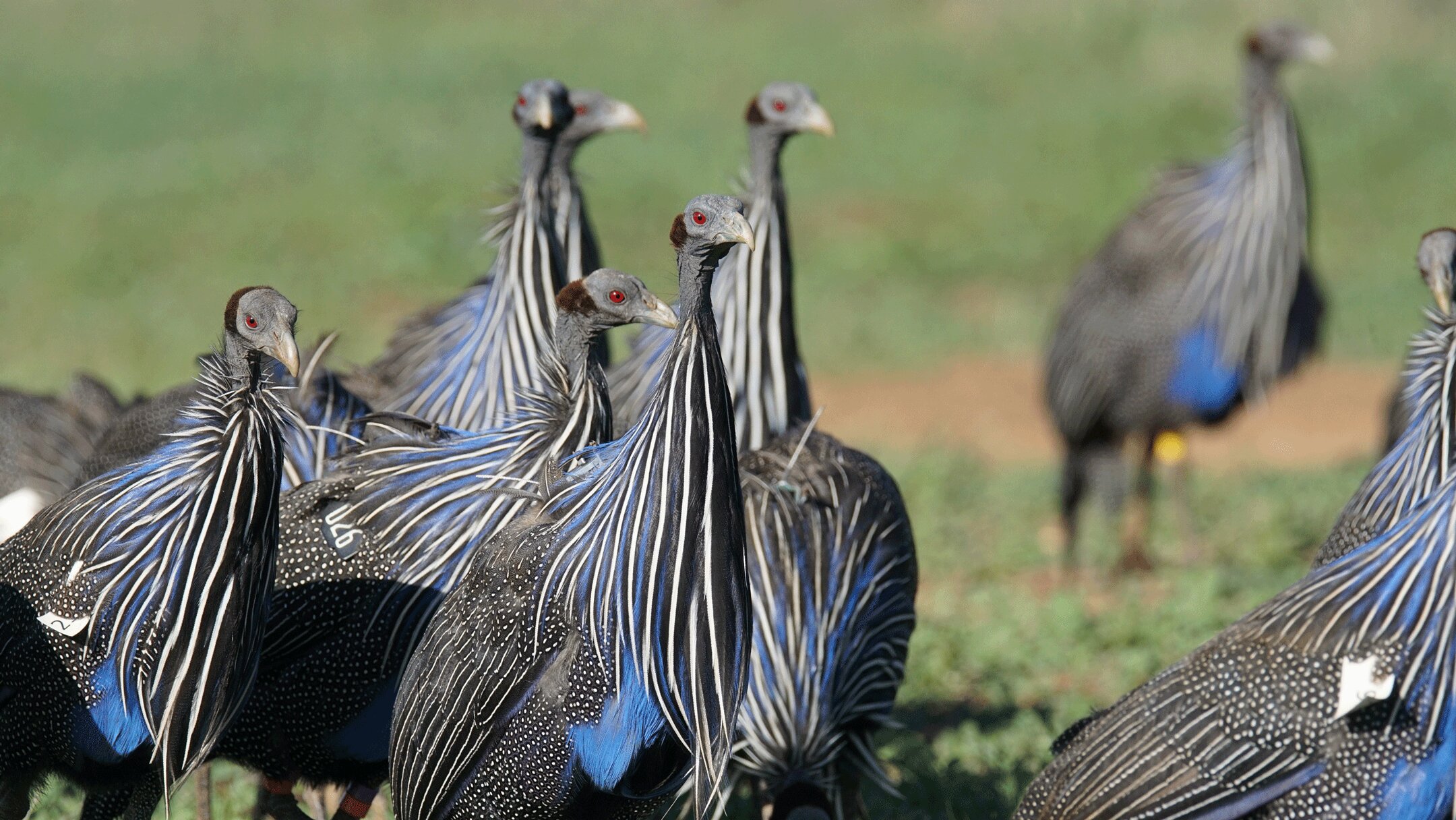 "To our knowledge, this is the first time a social structure like this has been described for birds," said ethologist Danai Papageorgiou from the Max Planck Institute.

By following 58 of the birds with solar GPS devices, the researchers were able to analyse these group interactions and show that groups were associating with specific other groups by choice, rather than chance.

"This discovery raises a lot of questions about the mechanisms underlying complex societies and has opened up exciting possibilities of exploring what is it about this bird that has made them evolve a social system that is in many ways more comparable to a primate than to other birds," says ethologist Damien Farine from the Max Planck Institute.

The researchers note that ecological conditions shape the interactions between the different vulturine guineafowl groups, with greater gatherings of groups seen during the plentiful wet season.

"Our study does not claim that living in a complex society does not favour having a large brain," Farine told Natalie Parletta at Cosmos Magazine, "rather it suggests that there may be alternative, simpler ways of achieving the same social outcomes."