WHO Says The Coronavirus Global Death Rate Is 3.4%, Higher Than Earlier Figures

The latest global death rate for the novel coronavirus is 3.4 percent – higher than earlier figures of about 2 percent.

The coronavirus outbreak that originated in Wuhan, China, has killed more than 3,100 people and infected nearly 93,000 as of Tuesday. The virus causes a disease known as COVID-19.

Speaking at a media briefing, the World Health Organisation's director-general, Tedros Adhanom Ghebreyesus, noted that the death rate was far higher than that of the seasonal flu, which kills about 0.1 percent of those infected.

The death rate is likely to change further as more cases are confirmed, though experts predict that the percentage of deaths will decrease in the longer term since milder cases of COVID-19 are probably going undiagnosed.

"There's another whole cohort that is either asymptomatic or minimally symptomatic," Anthony Fauci, the director of the US National Institute of Allergy and Infectious Diseases, said at a briefing last month.

"We're going to see a diminution in the overall death rate."

'It is a unique virus with unique characteristics'

Tedros noted differences between the novel coronavirus and other infectious diseases like MERS, SARS, and influenza. He said the data suggested that COVID-19 did not transmit as efficiently as the flu, which can be transmitted widely by people who are infected but not yet showing symptoms.

He added, however, that COVID-19 caused a "more severe disease" than the seasonal flu and explained that while people around the world may have built up an immunity to the flu over time, the newness of the COVID-19 meant no one yet had immunity and more people were susceptible to infection.

"It is a unique virus with unique characteristics," he said.

Tedros said last week that the mortality rate of the disease could differ too based on the place where a patient receives a diagnosis and is treated.

He added that people with mild cases of the disease recovered in about two weeks but severe cases may take three to six weeks to recover.

A patient's risk of dying from COVID-19 varies based on several factors, including where they are treated, their age, and any preexisting health conditions.

COVID-19 cases have been reported in at least 76 countries, with a vast majority in China.

A study conducted last month from the Chinese Centre for Disease Control and Prevention showed that the virus most seriously affected older people with preexisting health problems.

The data suggests a person's chances of dying from the disease increase with age. 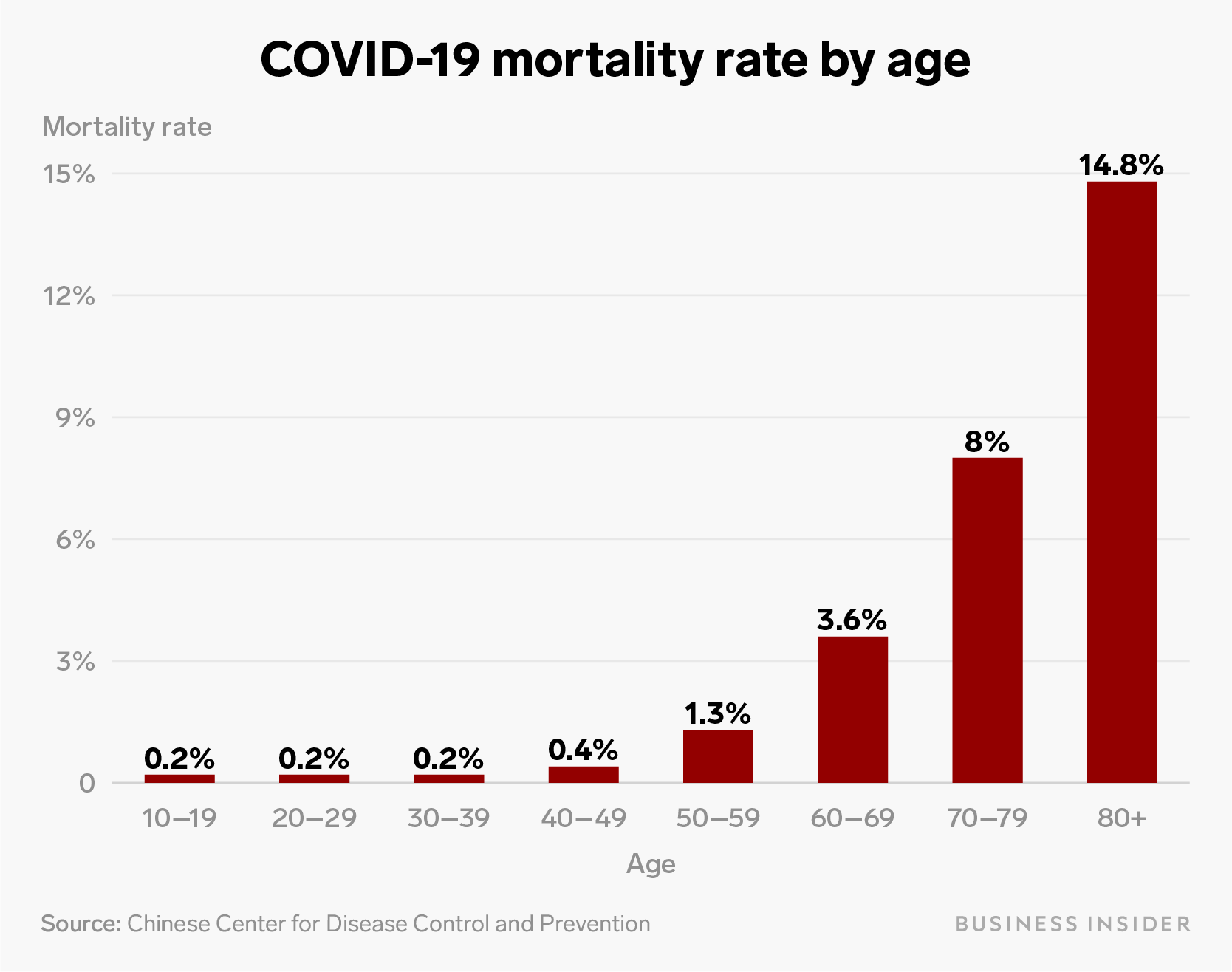 Notably, the research showed that patients ages 10 to 19 had the same chance of dying from COVID-19 as patients in their 20s and 30s, but the disease appeared to be much more fatal in people ages 50 and over.

About 80 percent of COVID-19 cases are mild, the research showed, and experts think many mild cases haven't been reported because some people aren't going to the doctor or hospitals for treatment.

More from Business Insider:
Trending News
Study of 500,000 Medical Records Links Viruses to Alzheimer's Again And Again Health3 days ago
JWST Has Found Life's Elemental Building Blocks in The Depths of Darkest Space Space3 days ago
Babies May Not Be Born With a Microbiome After All, Scientists Say Health4 days ago