How many characters do you think there are in Star Wars? And not just the seven major movies, either – which are now considered 'canon'. But also the expanded universe, encompassing all the story elements depicted in innumerable novels, comic books, video games, and more. Care to take a guess?

According to Swiss researchers, there's actually a whopping 21,647 characters in total, which they extracted from entries in Wookieepedia, the fan-maintained Star Wars encyclopaedia. If that number seems a little on the high side, bear in mind that it's across some 36,000 years of storyline in total, squeezing in all kinds of galactic minutiae that mainstream Star Wars fans would be totally unaware of.

And now all those characters – or, at least, the 7,563 deemed important enough – have been charted on this truly mind-boggling map that shows the connections between all the primary Star Wars heroes, villains, and in-betweeners.

Of these, 1,367 are Jedi and 724 are Sith. The characters are spread among 640 different communities on 294 planets, and despite the high visibility of aliens in the Star Wars universe, it turns out almost 80 percent of the major players are actually human. 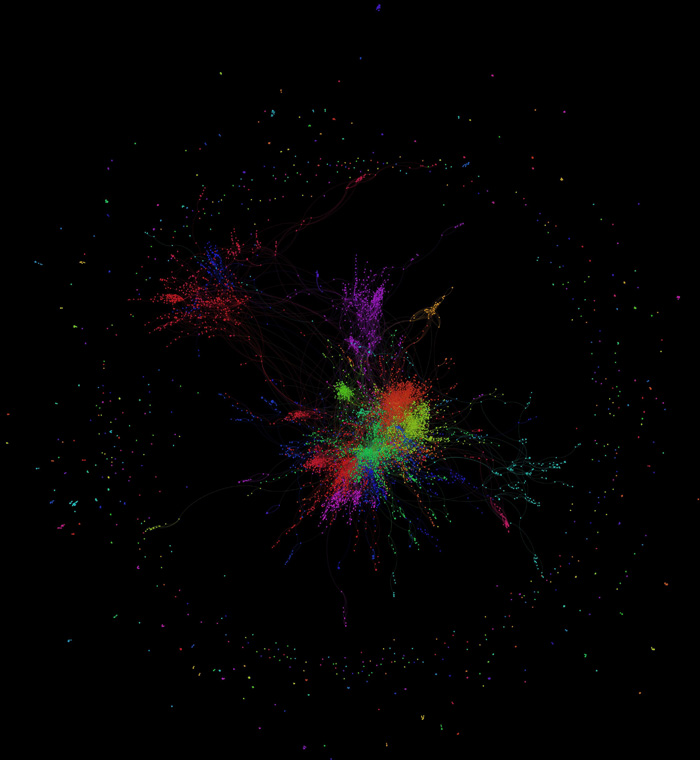 The details of this massive map, charted by researchers at the École Polytechnique Fédérale de Lausanne (EPFL) in Switzerland, show that its designers would understand almost-invisible intricacies of the Star Wars social fabric that its own creators may never have even considered.

"To put some order into this massive forest of data, we based our approach on network analysis," said data scientist Xavier Bresson of EPFL's Signal Processing Laboratory. "In other words, all the connections that one character has with all the others. Using these cross-references, we are able to accurately determine the time period of the character almost without fail, when this information is not directly provided in the books or movies."

Aside from being a geeky labour of love for those involved, the map is also a demonstration of data techniques the researchers say could help in all sorts of real-life research, using algorithms to create and interpret links between massive amounts of data.

"Once enough documents and archives have been digitised," said Bresson, "this method could be useful in filling knowledge gaps that remain in historical and sociological research and in numerous scientific fields as well."

It's also helpful if you're ever curious about the social circle of… say, Yoda. For those only interested in the really important characters, the researchers created this separate graph below (large version here) highlighting the connections of Star Wars' top 20. Enjoy. 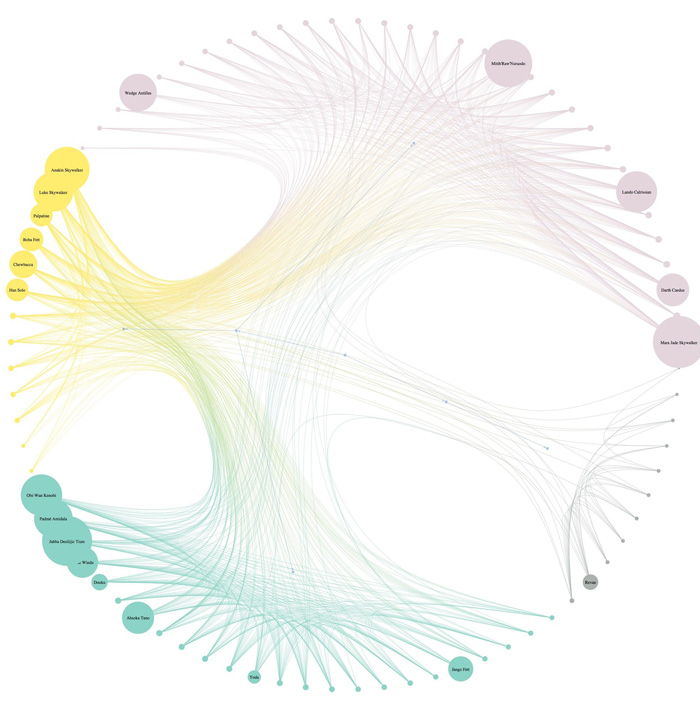