After months of searching, in October scientists located and destroyed the first nest of giant 'murder hornets' ever discovered in the US, eradicating a hidden enclave of the invasive insects concealed in a tree in Washington State, close to the Canadian border.

While the discovery and elimination of the nest is considered a victory by state and federal authorities – who are striving to prevent the Asian giant hornet from establishing a foothold in North America – a post-mortem of the hornets' former home provides a sobering perspective on the scale of the bug threat we're up against.

After tracking down the nest with an ingenious radio tag ploy, entomologists from the Washington State Department of Agriculture (WSDA) vacuumed dozens of hornets out of the tree in which it was found, then cut the tree open to reveal the nest hidden inside, measuring about 35 centimetres long and 23 centimetres wide (14 by 9 inches). 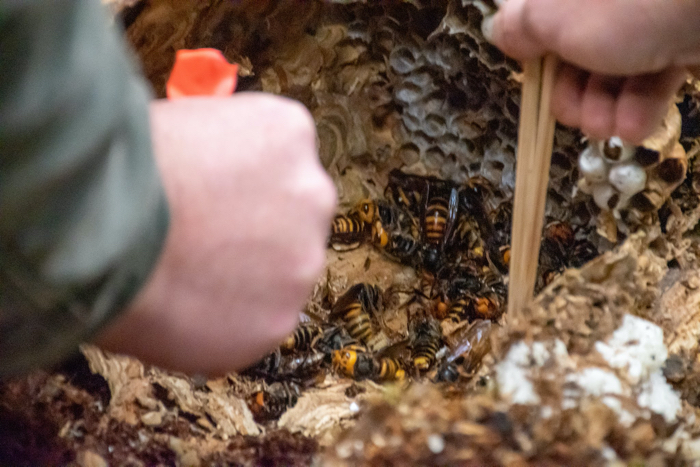 That might not sound too large, but it turns out it's capacious enough to barrack a veritable army of murder hornets, capable of spawning a significant wave of subsequent invasion and colonisation.

Inside the nest, the researchers tallied 76 adult queens. Almost all but one of these were likely virgin queens – imminent matriarchs which eventually emerge from the nest, mate, and then leave the area to start a new colony elsewhere after winter has passed.

In addition, 108 capped cells with pupae were found, most of which the entomologists think would also have been virgin queens in development. 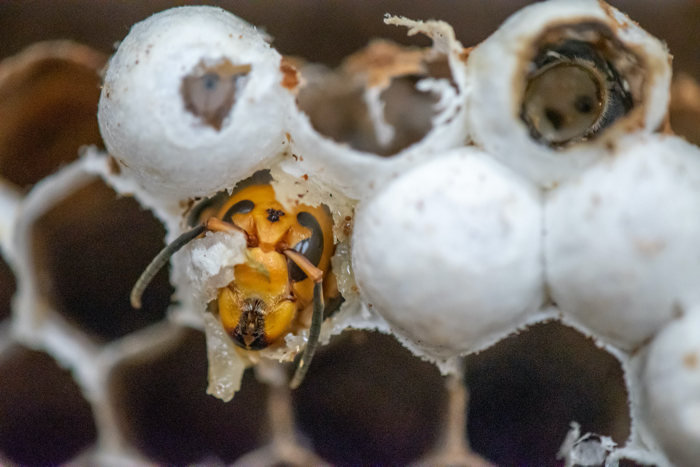 In other words, this one single nest – which took months for authorities to track down – contained the seeds of around 200 potential new colonies, if nature were to have had its way and scientists hadn't intervened.

"We got there just in the nick of time," WSDA entomologist Sven-Erik Spichiger told media during a virtual press conference on the developments.

"When you see … a relatively small nest like this able to pump out 200 queens, it does give one a little bit of pause."

Beyond the 200 queens, the researchers found 112 workers, nine drones, 190 larvae, and six unhatched eggs. All up, about 500 hornets were associated with the nest, many of which would have been capable of creating new nests.

Of course, just because this particular nest has been dealt with, it's possible other nests are already in existence, and that insects from this nest may have escaped before and during the eradication.

"We believe there are additional nests," Spichiger said. "There is no way to be certain we got them all." 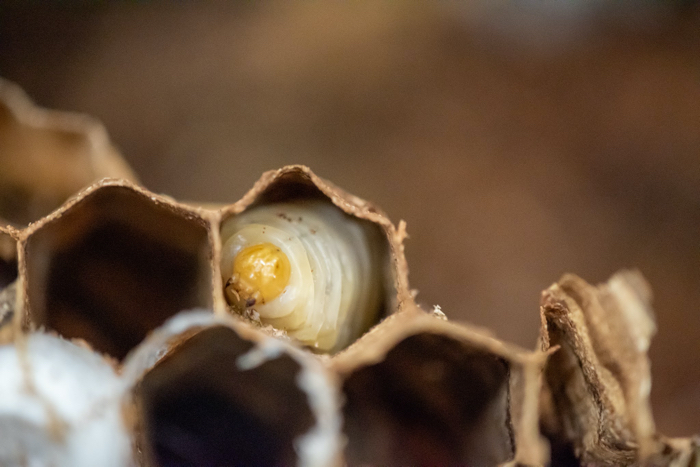 While it's unclear how the Asian giant hornet got to North America, sightings in both the US and Canada since 2019 have put agricultural authorities on high alert, given the hornet has a tendency to slaughter local bee populations, which is where the 'murder' nickname comes from (it is not typically aggressive toward humans).

Despite the recent success of the WSDA's eradication, nobody in the entomology community is claiming outright victory here.

Even if the stateside presence has been expunged – which is perhaps unlikely – a spate of sightings over the border in British Columbia in recent weeks suggests the hornet may already be dispersed in the region.

In other words, the battle might be over, but the war has just begun – and continued vigilance from authorities and local citizens reporting hornet sightings will be the best chance of winning it. In the meantime, optimism is a virtue.

"From accounts we have, we're very close to having the majority of them," Spichiger said in reference to the queen bees captured so far. "But I can't give you an absolute, certainly, that we got every single one from the nest."