What Sealed The Fate of The Giant Megalodon? Its Ancient Teeth May Reveal The Answer

The largest sharks ever to have roamed the oceans parked their young in shallow, warm-water nurseries where food was abundant and predators scarce until they could assume their title as kings and queens of the sea.

But as sea levels declined in a cooling world, the brutal mega-predator, Otodus megalodons, may have found fewer and fewer safe-haven coastal zones where its young could safely reach adulthood, researchers reported Wednesday in The Royal Society journal Biology Letters.

Indeed, the reliance of megalodon on nurseries may have contributed to the end of their 20-million-year reign, according to the research.

Otodus megalodon – sometimes classified as a Carcharocles megalodon – took 25 years to become an adult – "an extremely delayed sexual maturity", the authors said in the research paper. 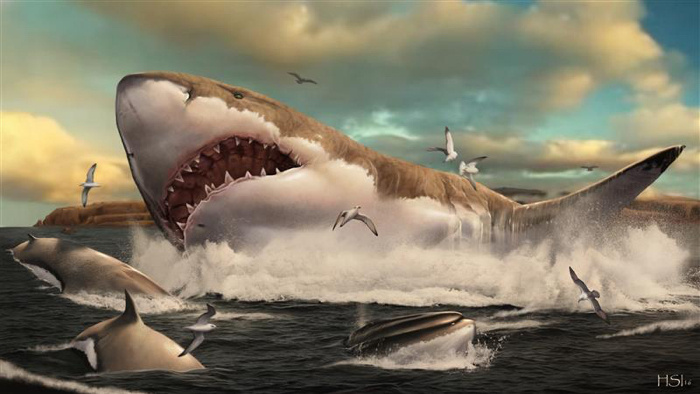 But once it was fully grown, the shark could reach up to 18 metres, three times the size of the largest great white shark, made famous by the 1975 hit-movie Jaws.

As an apex predator, and up until its extinction around three million years ago, the adult megalodon had no rivals among other ocean hunters and feasted on smaller sharks and even whales.

But its young were vulnerable to attacks by other predators, often other razor-toothed sharks.

Nurseries on shallow continental shelves with extensive smaller fish for food and few competing predators gave them the ideal space to reach their awesome size.

"Our results reveal, for the first time, that nursery areas were commonly used by the O. megalodon over large temporal and spatial scales," said the authors.

The research team discovered a nursery zone off the eastern coast of Spain in Tarragona Province after visiting a museum and observing a collection of megalodon teeth.

"Many of them were quite small for such a large animal," the authors from British University of Bristol, Carlos Martinez-Perez and Humberto Ferron, told AFP.

Judging by the size of the teeth, they surmised the area had once been home to young megalodons. 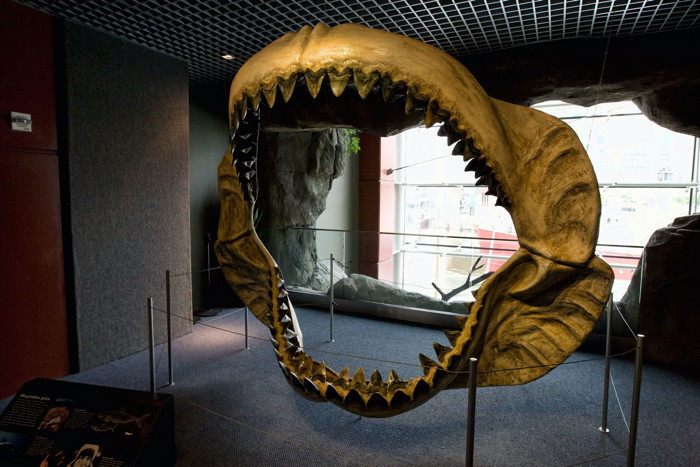 Megalodon jaws at the National Aquarium in Baltimore. (Serge Illaryonov/Wikimedia Commons/CC BY 3.0)

The Spanish nursery could be described as "a perfect place to grow", the authors said.

It would have been a "shallow bay area of warm waters, connected to the sea and with extensive coral reefs and plenty of invertebrates, fish species, marine mammals and other sharks and rays".

The researchers analysed eight other sets of shark teeth which had previously been gathered, spread across the United States, Peru, Panama and Chile.

They came to the conclusion in four of them – two in the United States and two in Panama – had belonged to younger sharks.

As a result, the authors suggest these four areas where the teeth were found might also have been nurseries.

"The remaining four formations … demonstrate size-class structures typical of populations dominated by adults, suggesting these regions might correspond to feeding or mating areas," the study said.

Sharks continuously shed their teeth throughout their lifetime, and nurseries are zones with a high abundance of sharks.

"As a consequence, huge numbers of teeth can be shed, increasing the chances of subsequent fossil discoveries," the authors said.

Megalodons enjoyed the warm and temperate waters of the Miocene period which extended from about five million to 23 million years ago.

But the cooler Pliocene period suited them far less.

As their prey adapted and headed towards colder waters, the megalodon stayed where the oceans remained warm.

The remaining food was also favoured by great white sharks, increasing competition with the smaller, but more agile, predator.

The vast reduction of shallow water nurseries due to sea-level losses – caused by a cooler climate – may also have contributed to the megalodon's eventual extinction. ​ ​