Why zebras evolved to have their distinctive stripes has long been a matter of puzzling scientific debate, with one of the leading hypotheses the idea that the stripes are a temperature control mechanism. A study last year suggested that wasn't the case, but now there's new evidence on the table.

In this latest study, researchers measured temperature differences between black and white zebra stripes out in their natural habitat – something that hasn't been tried before – with two zebras living in Africa.

That disparity is enough to produce small convection currents above the zebra hide that helps to keep the animals cool, the study authors suggest. But the colour itself isn't the only factor at play.

Importantly, the same effect wasn't observable when the researchers measured a non-living zebra hide draped over a clothes horse used as a control. These inanimate zebra hides could get up to another 15°C hotter than the living animals' coats.

In other words, it seems living zebras apply an extra cooling mechanism beyond the simple variation in stripes, and the researchers think they know what it is – they observed the living zebras raising the hairs on their black stripes to trap or release heat as needed. 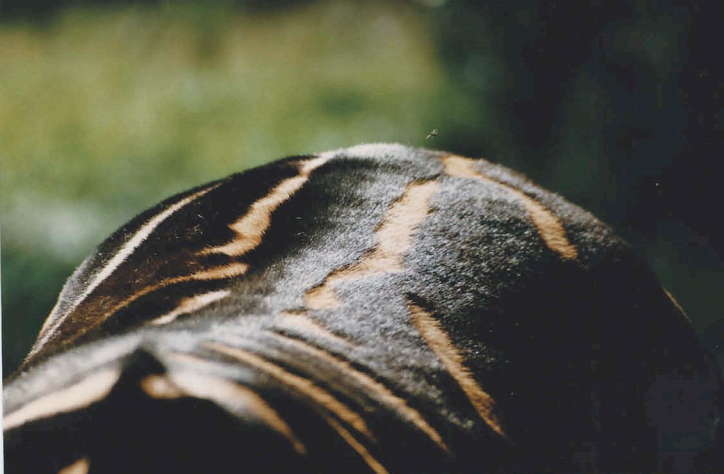 This is an important distinction to make, because last year's contradictory study was done using animal hides stretched over barrels of water, not live animals.

The new work is the effort of amateur naturalist and former biology technician Alison Cobb, and her husband, zoologist Stephen Cobb.

"In the many years we spent living in Africa, we were always struck by how much time zebras spent grazing in the blazing heat of the day and felt the stripes might be helping them to control their temperature in some way," says Alison Cobb.

"My early attempts forty years ago at testing this hypothesis involved comparing the temperatures of water in oil drums with differently coloured felt coats, but it seemed to me that this was not a good enough experiment, and I wanted to see how the stripes behaved on live zebras."

The Cobbs found that during the hottest seven hours of the African day, the black stripes on the two observed living zebras stabilised at between 12-15°C (22-27°F) hotter than the white stripes, allowing for tiny air convection currents to form. On the clothes horse hide, the temperature difference between the colours was similar, with the black stripes getting up to 16°C hotter than the white ones.

So something else seems to be happening with a living animal, which wouldn't necessarily turn up in the previous experiments using barrels of water or horses dressed up as zebras, for example.

The researchers have a few ideas what that could be. Firstly, the convection currents on the surface of the skin are aided by the particularly frothy sweat that zebras (and horses) give off, increasing the liquid's surface area and speeding up the evaporation process.

Secondly, the researchers note, there's the hair raising observed on the black stripes of the zebras – that might be to help trap air in the cool of the morning, and to allow air to flow out and water to evaporate more quickly in the heat of the day.

While temperature differences between zebra stripes have been observed since back in the 1970s, this new research adds some extensive measurements and extra details to the mix – as well as observing living zebras in their natural habitat.

The three factors of stripes, sweat and raised hairs all work together to keep zebras cool in the heat of an African day, conclude the Cobbs.

The researchers also suggest the eddies of air above the black and white stripes of a zebra help to put off flies who would otherwise land on them – an effect that has been noted in several previous studies.

However, this doesn't definitively end the zebra stripe debate for good – more zebras and more observations will be required for that – but it does throw up some interesting ideas about how the stripes on these animals can work with their own internal biological processes to aid thermoregulation.

"The solution to the zebra's heat-balance challenge is cleverer, more complex and beautiful than we'd imagined," says Alison Cobb.

"Of course, there is much more work to be done to gather evidence and fully understand how the stripes help zebras control temperature, but I am 85 now, so that's for others to do."

The research has been published in the Journal of Natural History.