In a medical first, doctors in Texas are planning to use a groundbreaking neuroscience technique to attempt to restore the sight of blind people, MIT Technology Review reports.

The Ann Arbor, Michigan-based startup RetroSense Therapeutics aims to use a technique known as optogenetics, which involves modifying neurons so they can be turned 'on' or 'off' using light. The technique has been demonstrated in mice and monkeys, but this would be the first time it’s been used in humans.

According to Tech Review, the trial is being carried out by the Retina Foundation of the Southwest, and will involve 15 patients with retinitis pigmentosa, a condition where the light-sensitive cells of the eye (the retina) degenerate, causing patients to lose peripheral and night vision and eventually go blind. 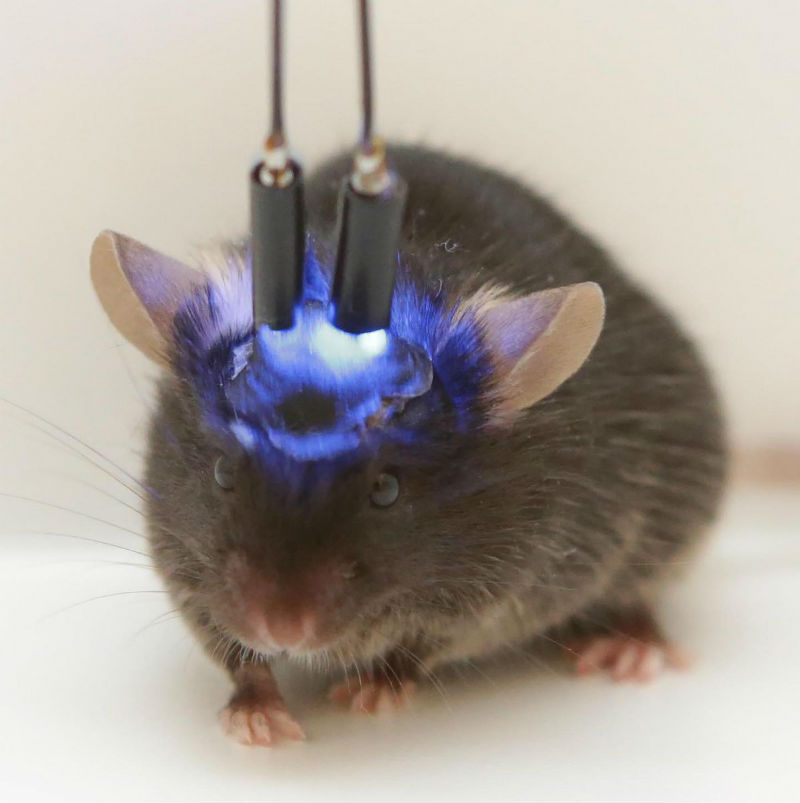 Previously, scientists have used optogenetics to erase fearful memories in the brains of mice.

Optogenetics involves infecting brain cells with a virus that has been programmed to carry a gene for a light-sensitive protein found in algae, called channelrhodopsin. Once the cells are infected, they can be turned 'on' or 'off' in response to light of a certain colour, or wavelength.

Typically, scientists must implant fibre-optic wires into an animal’s brain in order to access these light-sensitive neurons. But the eye is an ideal target for the first optogenetic therapies, because it is already exposed to light and doesn’t require any wires or brain surgery.

The plan is to inject a virus containing the light-sensitive gene into neurons in the eye called ganglion cells, which transmit signals from the retina to the brain. Since the patients' retinas are damaged, the hope is that you can bypass these cells and make the ganglion cells directly responsive to light.

The patients in the RetroSense trial may not be completely blind, but they can’t see much except a hand moving in front of their face. RetroSense CEO Sean Ainsworth told Tech Review he hopes the treatment will allow patients to "see tables and chairs" or even read large letters.

The beginning of new brain treatments

However, since the channelrhodopsin protein can only respond to light of a single colour (in this case, blue light), scientists believe the patients will only see the world in monochrome. It’s not clear how they will perceive colour, or whether they will be able to see some colours at all (without them appearing black).

Whether the trial will be a success remains to be seen, but it’s an exciting prospect. And scientists are already exploring how optogenetics can be used to treat other disorders. For example, Menlo Park, California-based company Circuit Therapeutics has plans to develop optogenetic treatments for Parkinson’s disease.

And it might happen sooner than we think. Antonello Bonci, a neuroscientist and scientific director at the National Institute on Drug Abuse in Baltimore, told Tech Review that optogenetic brain treatments could be as close as five years away.