Scientists Reconstruct Entire Genome of a Woman From Her 5,700-Year-Old Chewing Gum

In a landmark study, scientists have reconstructed the genome of an ancient human who lived some 5,700 years ago in what we now know as southern Denmark.

No known physical remains of the woman in question exist. All we have to go on, in fact, is just a small lump of birch pitch – an ancient tar-like substance distilled from heated tree bark. Amazingly, this sticky blob was enough to not only tell us that the woman once walked the Earth, but also hint at numerous clues about her identity.

The reason for that is because birch pitch was sometimes chewed by ancient humans, in addition to being used as an adhesive on stone tools and weapons as far back as the Middle Pleistocene (which ended roughly 126,000 years ago).

The chewing is thought to have been for a number of different purposes, including to warm the pitch up, making it soft and malleable for glue use, and also as a medicine, or even for recreational purposes, much like modern-day chewing gum. 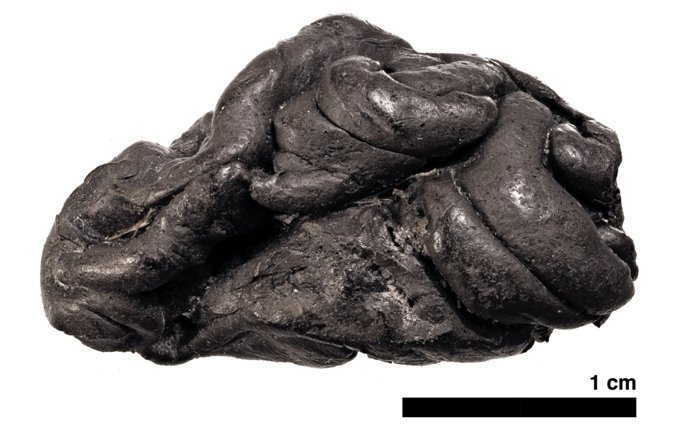 Regardless of the reason, when scientists discover well-preserved specimens of this ancient substance chewed by humans long ago, traces of saliva can sometimes still be found contained within the gum, enabling us to reconstruct genetic information.

In the case of the sample from Denmark – recovered from the Syltholm archaeological site on the Danish island of Lolland – it enabled the ancient chewer's entire genome to be reconstructed; a feat that the researchers say has never been done before in the absence of skeletal remains.

"It is amazing to have gotten a complete ancient human genome from anything other than bone,'' says lead researcher and evolutionary genomicist Hannes Schroeder from the University of Copenhagen.

By sequencing the sample, the researchers not only discovered the ancient human DNA, but also microbial DNA reflecting the oral microbiome of the person who chewed the pitch, along with plant and animal DNA that could correspond to a recent meal consumed by the individual.

"The DNA is so exceptionally well preserved that we were able to recover a complete ancient human genome from the sample… which is particularly significant since, so far, no human remains have been recovered from the site," the research team explains in a new paper.

"The results highlight the potential of chewed birch pitch as a source of ancient human and non-human DNA, which can be used to shed light on the population history, health status, and even subsistence strategies of ancient populations." 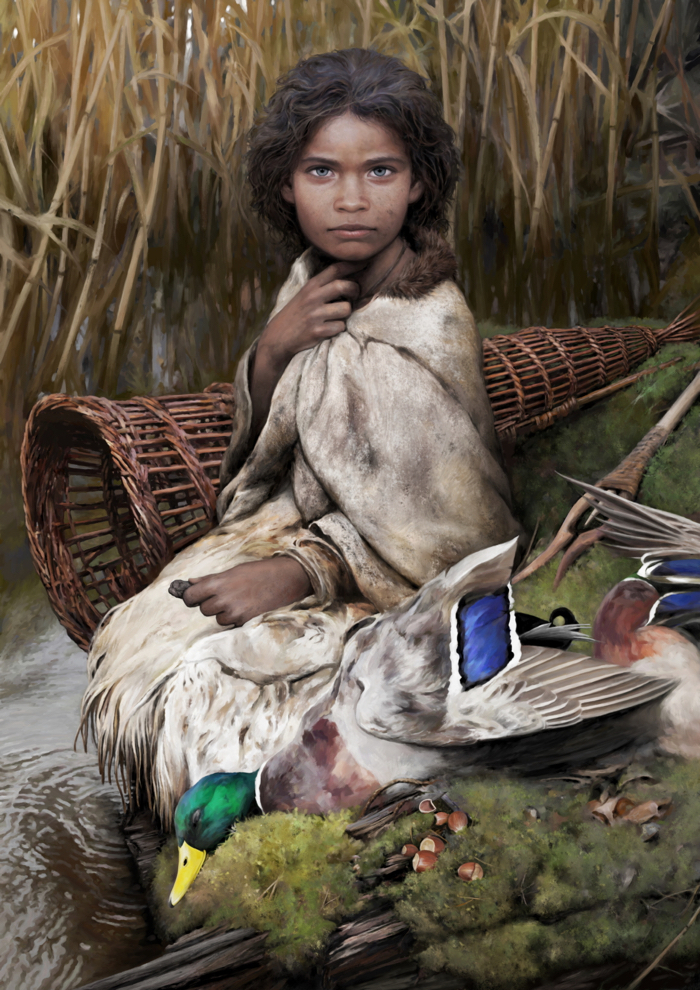 In terms of this particular ancient chewing gum, much light has been shed. The DNA in the sample – which the researchers say is comparable in quality to well-preserved teeth and skull bones – suggest the chewer was female, most likely with dark skin, dark brown hair, and blue eyes.

"This combination of physical traits has been previously noted in other European hunter-gatherers," the authors explain, "suggesting that this phenotype was widespread in Mesolithic Europe and that the adaptive spread of light skin pigmentation in European populations only occurred later in prehistory."

The results also suggest her ancestry stemmed from mainland Europe rather than hunter-gatherer populations who lived in central Scandinavia, and that she existed during a time of transition, when a period known as the Late Mesolithic Ertebølle culture (7300–5900 BCE) gave way to early Neolithic Funnel Beaker culture (5900–5300 BCE).

That change brought with it the move to early farming societies, but the Syltholm individual's DNA does not carry any Neolithic farmer ancestry, suggesting not only that she fell on the hunter-gatherer side of the equation, but also that the development of agriculture in this region may have been slower than researchers thought.

"Syltholm is completely unique. Almost everything is sealed in mud, which means that the preservation of organic remains is absolutely phenomenal," says one of the team, Mesolithic archaeology researcher Theis Jensen.

"It is the biggest Stone Age site in Denmark, and the archaeological finds suggest that the people who occupied the site were heavily exploiting wild resources well into the Neolithic, which is the period when farming and domesticated animals were first introduced into southern Scandinavia."

In addition to the human DNA, the researchers also found evidence of hazelnut and duck DNA – traces thought to have been a recent meal consumed by the individual, prior to chewing the gum – and signs of several kinds of oral bacteria, including microbes associated with gum disease and Epstein-Barr virus, among others.

That deep level of detail, preserved in something chewed only fleetingly almost 6,000 years ago, hints at the incredible scientific potential such ancient gum stands to offer – if and when more ancient samples are discovered, stuck under the foot of history.

"It can help us understand how pathogens have evolved and spread over time, and what makes them particularly virulent in a given environment," says Schroeder.

"At the same time, it may help predict how a pathogen will behave in the future, and how it might be contained or eradicated."