From the early days of the coronavirus pandemic, scientists observed that children seemed to be less susceptible to developing COVID-19, although the exact reasons why remain unclear.

Now, an unusual case in Australia may provide unique insight into the mystery, thanks to the experience of a young family from Melbourne.

In this family of five, the two parents became sick with COVID-19 after attending an interstate wedding without their children. However, the symptoms didn't show until days after they had returned from the trip.

Nonetheless, completely unbeknownst to them, they had brought SARS-CoV-2 into their home, and exposed their children to it. 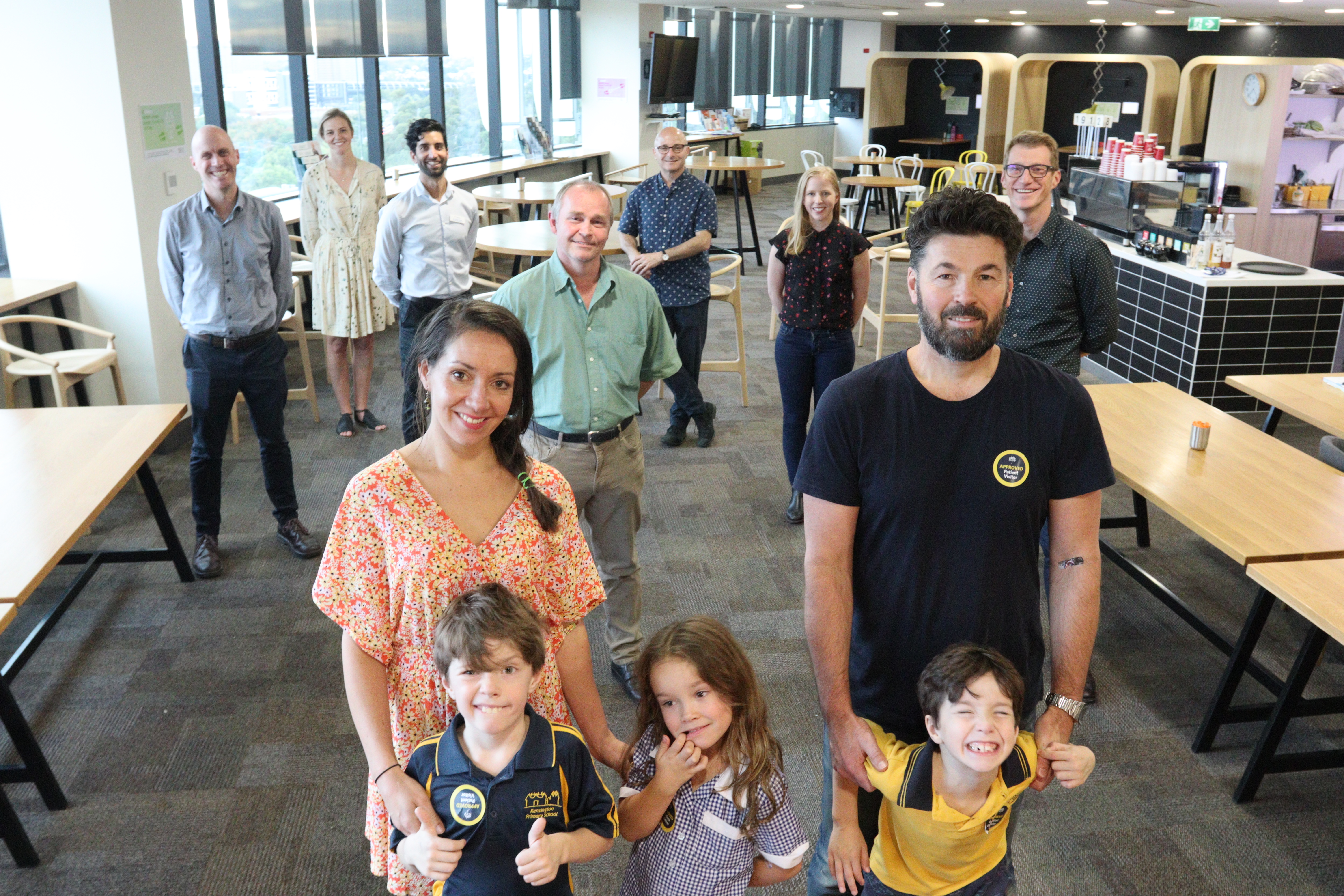 The family with researchers from MCRI. (MCRI)

Once both the parents developed symptoms – including cough, congested nose, fever and headache – the entire family was tested for the virus. The parents' tests came back positive. The children's tests came back negative.

"It was jaw-droppingly amazing because they'd spent a week and a half with us while we were COVID-positive," the mother, Leila Sawenko, told ABC News.

Nonetheless, the really surprising part was still to come.

Healthcare workers asked the family to repeat the tests, but again the children's tests came back negative for SARS-CoV-2, even though two of the boys in the family (aged 9 and 7) had mild symptoms.

The youngest child, a 5-year-old daughter, remained asymptomatic throughout the entire episode, even though she was frequently sleeping in the same bed as the parents during their sickness (physical distancing precautions not feasible in the household during their quarantine).

Intrigued by the children's negative results while living in such close proximity to their infected parents, researchers asked the family to take part in a study, analysing samples of their blood, saliva, stools, and urine, and taking nose and throat swabs every two to three days.

In other words, the children never tested positive for the virus, but some level of exposure to the virus had nonetheless triggered an immune response inside them, and one seemingly capable of countering the infection.

"The youngest child, who showed no symptoms at all, had the strongest antibody response," says immunologist Melanie Neeland from Murdoch Children's Research Institute (MCRI).

"Despite the active immune cell response in all children, levels of cytokines, molecular messengers in the blood that can trigger an inflammatory reaction, remained low. This was consistent with their mild or no symptoms."

Fortunately, all the family members who got sick recovered and did not require medical care.

The mechanisms behind the children's immune response is not yet fully understood, but figuring out how and why their immune responses were activated (in the absence of any confirmed cases of the virus) could shed a lot of light on children's susceptibility to COVID-19 more broadly.

"This study is kind of our first step to look really in-depth at the immune system of children and to see what components may be responding to the virus," first author of the study, paediatrician Shidan Tosif from the University of Melbourne, told The Age.

"The fact these children were able to shut down the virus and without even showing a positive test result suggests they have some level of their immune system which is able to respond and deal effectively with the virus, without them ever becoming very unwell."

In effect, the researchers think that the children did actually become infected by the virus, but their immune systems were somehow able to mount an anti-virus response that was highly effective in restricting virus replication, unlike their parents.

That immune response was so effective, it could have brought the viral load so low, that it went under the sensitivity of the PCR testing, which is another issue that bears further examination, the team thinks.

"The discordance between the virological PCR results and clinical serological testing, despite an evident immune response, highlights limitations to the sensitivity of nasopharyngeal PCR and current diagnostic serology in children," the researchers write.

For Leila Sawenko and her family, they're just happy to have all the swabs and tests behind them, and thrilled to contribute in their own way to our better understanding of this pervasive virus, and what it arouses inside us.

"It was a 'wow' moment that despite the fact the kids had tested negative, they had developed antibodies," Sawenko told ABC News.

"You could just see the look on the faces of the doctors. They were completely astounded and really excited to think that there was this discovery."