More often than not, human twins are born within minutes of one another. But sometimes, the delay between baby arrivals can get extended to days, weeks… or even much longer.

In an extremely rare case in Kazakhstan, a woman gave birth to twins who were born almost three whole months apart – with 11 weeks passing between the births of a baby girl, Liya, on May 24, and her brother Maxim, who eventually turned up this month on August 9.

Thankfully, the health of the mother, 29-year-old Liliya Konovalova, and her two babies is reported to be fine, but the Kazakh Health Ministry, who shared the news of the births on social media, estimates this unusual and rare case was a one-in-50-million chance.

One of the factors behind the incredible time interval between Liya and Maxim's births is that Liya was born very prematurely, weighing just 850 grams when she was born after a gestational period of only 25 weeks. 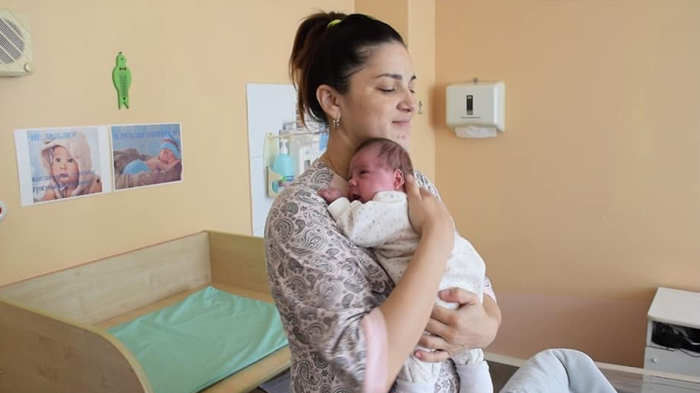 By contrast, when Maxim arrived almost three months later, that extra time in the womb saw him delivered with a healthy birth weight of 2.9 kilograms – more than three times heavier than his 'big' sister.

But Liya's premature arrival is only one part of the story. The fundamental reason explaining the twins vastly different birthdays is that their mother Liliya has an extremely rare anatomical condition called uterus didelphys – a uterine malformation that effectively results in a double uterus.

When this occurs – which is in less than 0.5 percent of American women – each foetus develops separately in its own uterus, but premature births (and other events, including miscarriage) are a common complication stemming from the abnormality.

Fortunately for Liliya Konovalova's growing family, which includes an elder seven-year-old sister, none of the complications turned out to be fatal. Liya's birth weight and size were very small, but the little girl is reported to be developing well at about three months of age.

"My son was in no rush to come out into the world," Liliya told regional media outlets.

"Thanks to our doctors, we prevailed… what they did is a miracle. My kids now weigh around 3 kilograms and we're getting ready to be discharged from the hospital."

Often, women with uterus didelphys are unaware they have a double uterus, and when they become pregnant, may be unaware that they are in fact pregnant with twins.

Such was the case for a Bangladeshi woman with the condition who gave birth to twins 26 days apart earlier in the year, and whose doctor said he had never "seen any case like this in my 30-year plus medical career".