It happens all the time. A little red blip in Facebook directs you to a notification that a friend tagged you in a photograph somebody uploaded.

The company rolled out the tagging feature in 2010, and all the photos since – the thousands, millions, even billions of them – were slowly building something. What that was, Facebook turned on this week. Now, when somebody uploads a photo of you, Facebook will identify you all by itself, with no human input.

"Now, if you're in a photo and are part of the audience for that post, we'll notify you, even if you haven't been tagged," the company explained in a blog post this week announcing its new facial recognition features.

"You're in control of your image on Facebook and can make choices such as whether to tag yourself, leave yourself untagged, or reach out to the person who posted the photo if you have concerns about it." 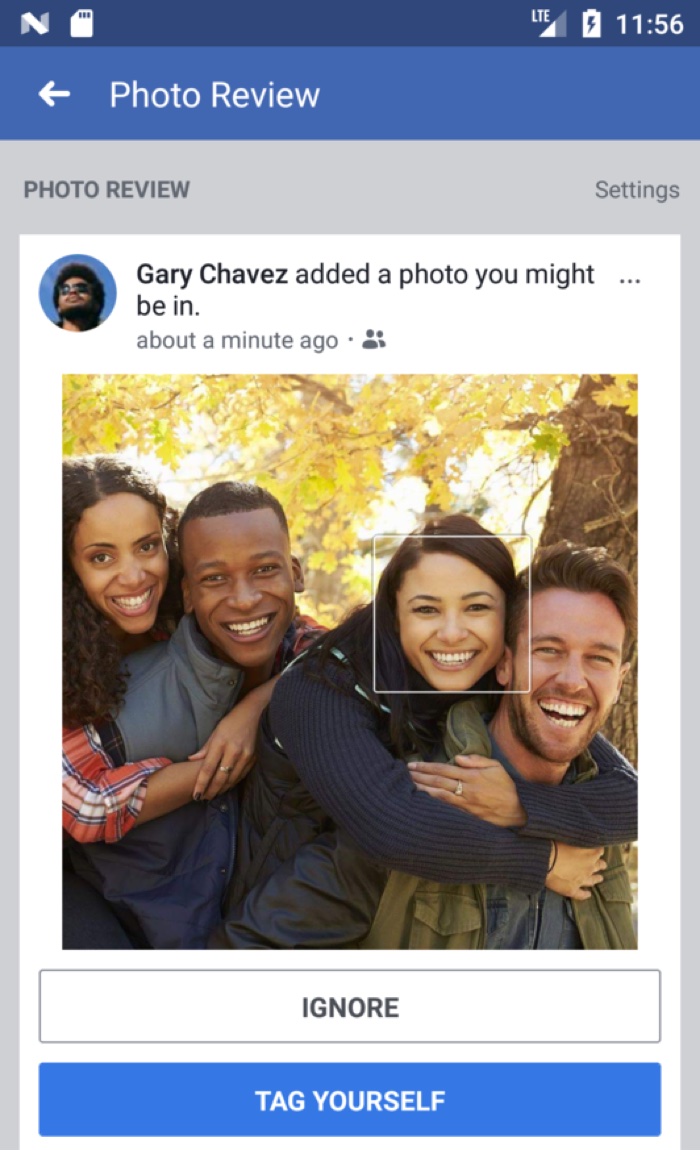 From one perspective, you could argue this hasn't entirely come out of left field.

After all, Facebook has already used facial recognition technology for years for features like suggested tagging and photo organisation, which other tech giants like Google and Apple have their own versions of in their own photo apps.

But from another vantage point, this has an altogether different significance, because Facebook doesn't just deal in photo apps – it's the biggest social network in the world, with over 2 billion monthly active users as of this year.

So cutting the human element out of something as personal as identifying people's faces is guaranteed to have a significant impact on how people use the site – and it also tells us how powerful Facebook's facial recognition now is, fuelled by the billions of images of ourselves we've voluntarily submitted to the company (and dutifully tagged, up until now that is).

"Facebook's face-recognition technology is now so powerful that it can recognise you in any photo, anywhere, even if it has no other reason to expect to find your face in that photo," Kashmir Hill explains at Gizmodo.

"It's easy to identify your face if Facebook is only looking for you among the photos your friends have uploaded. It's harder if the possible pool is more than a billion people, a.k.a. Facebook's entire user base."

Not that the new system is perfect.

According to project manager Nipun Mathur from the company's applied-machine-learning group, the facial recognition won't identify you if your face appears in a full 90-degree profile, although it can recognise you without a full glimpse of your face, if it has enough data to go off.

The way the new feature works is this. If you're automatically identified in a photo that you have access to see (depending on the uploader's photo settings), Facebook will send you a notification that there's a new photo that "might include you".

From there, you can choose whether to tag yourself, or ignore the photo.

If you want to opt out of the facial recognition entirely, it will be easy to do, the company says, with a simple on/off switch in your account settings that will let people deactivate the tool, which is otherwise on by default – unless you've previously opted out of existing facial recognition features.

But facial recognition won't be available everywhere. It's currently not offered in Canada or the European Union, presumably due to privacy regulations. In most other places, your face is fair game.

For most people, the new feature will probably turn out to be a convenient way of finding photos of themselves that they might otherwise have missed, simply because nobody tagged them in the shot. Now, the algorithm has your back, and those shots won't go unnoticed.

Still, it's worth bearing in mind that if you decide to opt out and reclaim your face from Facebook, you'll lose access to other associated identity management options the company also announced this week.

Those include being notified when somebody uploads a photo featuring you as their profile picture – a move designed to prevent people from impersonating others, which is actually a pretty great idea.

That could be very useful for security purposes, but if you opt out of facial recognition, you won't be afforded the protection – which some criticise as a Catch 22.

"It's a dilemma that's baked into the Tuesday announcement itself," Jacob Brogan explains over at Slate.

"[I]f you want to protect yourself on the platform – whatever that means to you – you have to open yourself up to its own surveillance tools."