For The First Time Ever, Scientists Discover Fractal Patterns in a Quantum Material

From tiny snowflakes to the jagged fork of a lightning bolt, it's not hard to find examples of fractals in the natural world. So it might come as a surprise that, until now, there have remained some places these endlessly repeating geometrical patterns have never been seen.

Physicists from MIT have now provided the first known example of a fractal arrangement in a quantum material.

The patterns were seen in an unexpected distribution of magnetic units called 'domains', which develop in a compound called neodymium nickel oxide - a rare earth metal with extraordinary properties.

Getting a better understanding of these domains and their patterns could potentially lead to new ways of storing and protecting digital information. 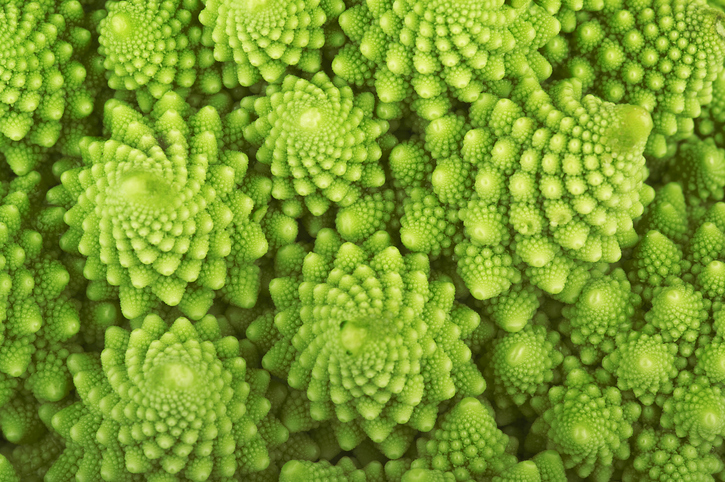 And that's pretty cool, because neodymium nickel oxide, or NdNiO3, is strange stuff.

Pull a piece out of your pocket and zap it with a current, and it'll conduct pretty easily. Drop it into liquid nitrogen so it falls below a critical temperature of around minus 123 degrees Celsius (minus 189 Fahrenheit), and it will shut up shop and become an insulator.

That's not the only thing that changes. As physicist Riccardo Comin explains, "The material is not magnetic at all temperatures."

Sure, even a common piece of magnetised iron will lose its talent for pointing north if you heat it enough, so this isn't all that strange. But neodymium nickel oxide doesn't play by the usual rules, so the precise way its electrons fall into magnetic arrangements has been a mystery.

What we do know is like most ferromagnetic materials, atoms in neodymium nickel oxide team up as tiny clumps of magnetically oriented particles called domains.

Domains come in a variety of sizes and arrangements, depending on quantum interactions between electrons and their atoms under certain conditions. But just how they emerge in neodymium nickel oxide, given its nature as a conductor moonlighting as an insulator, was the big question.

"We wanted to see how these domains pop up and grow once the magnetic phase is reached upon cooling down the material," says Comin.

Researchers have in the past scattered X-rays through the material to study its weird flip-flopping electromagnetic properties in the hopes of uncovering its electrical secrets.

While this showed how the material distributes its electrons at different temperatures, mapping the size and distribution of its domains under such conditions required a more focussed approach.

"So we adopted a special solution that allows squeezing this beam down to a very small footprint, so that we could map, point by point, the arrangement of magnetic domains in this material," says Comin.

That special solution was as old as it is novel – they used the same technology many old fashioned lighthouses employ to channel light into a tight beam.

Fresnel lenses are stacked layers of a transparent material with ridges that redirect electromagnetic radiation. While the lenses in lighthouses can be metres across, the ones Comin and his team developed were just 150 microns wide.

The end result was an X-ray beam small enough to detect the fine scale of magnetic domains across a thin film of lab-grown neodymium nickel oxide.

Most of those domains were tiny. Scattered among them were some bigger ones. But once the numbers were crunched and a map drawn, the distribution of bigger domains among a sea of tiny ones looked eerily similar no matter what scale you were using.

"The domain pattern was hard to decipher at first, but after analysing the statistics of domain distribution, we realised it had a fractal behaviour," says Comin.

"It was completely unexpected – it was serendipity."

Materials that can act both as a conductor and insulator already play a big role in the world of electronics. Transistors are based on this very principle.

But neodymium nickel oxide has another trick up its sleeve. The same fractal pattern of domains reappears when the temperature drops again, almost as if it has some kind of memory on where to redraw its borders.

"Similar to magnetic disks in spinning hard drives, one can envision storing bits of information in these magnetic domains," says Comin.

From resilient memory storage devices to artificial neurons, neodymium nickel oxide is sure to be part of the big picture of future electronics.