For The First Time Ever, Scientists Have Produced Fractal Light From Lasers

Two decades after the hypothetical prediction that it should be possible, scientists have been able to produce fractal light from a laser.

Not only that, they've shown the fractal light could be created in 3D rather than just 2D.

Displaying one of nature's most common patterns from a very human-made technology could open up opportunities in all kinds of communication and imaging fields, the team behind the breakthrough says.

You don't have to look for long to see these geometrical masterpieces in nature – they're everywhere from snowflakes to salt flats – but it turns out that discovering them in a beam of laser light requires some very carefully calibrated observations. 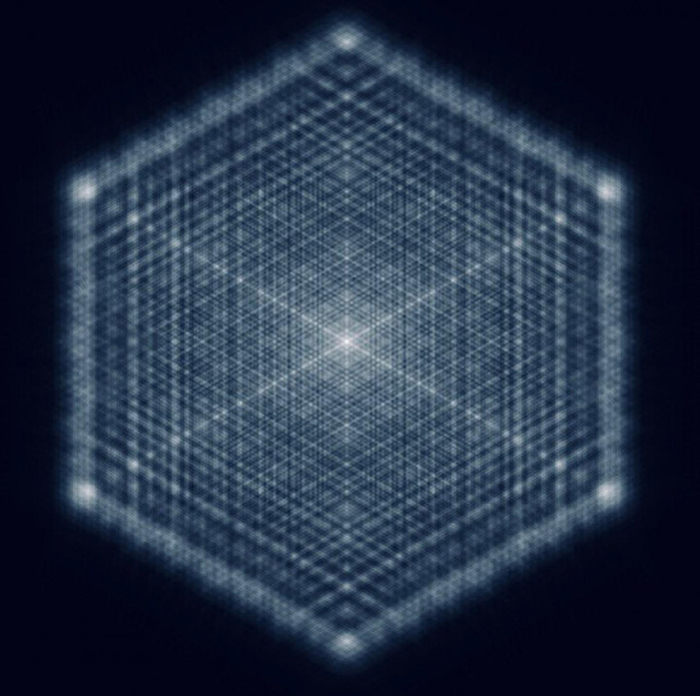 "What is amazing is that, as predicted, the only requirement to demonstrate the effect is a simple laser with two polished spherical mirrors," says one of the researchers, Johannes Courtial from the University of Glasgow in the UK.

"It was there all the time, just hard to see if you were not looking at the right place."

"Look at the wrong place inside the laser and you see just a smeared-out blob of light," adds another of the team, Andrew Forbes from the University of the Witwatersrand in South Africa. "Look in the right place, where the imaging happens, and you see fractals."

That prediction that Courtial refers to published in a 1999 paper after researchers identified certain laser manipulations that should produce fractals from the light – but this is the first time we've actually seen it happening.

The way it's done is to use the way laser light cycles back and forth, bouncing between mirrors and repeating light on to itself, to mimic the repeating patterns of fractals in nature. 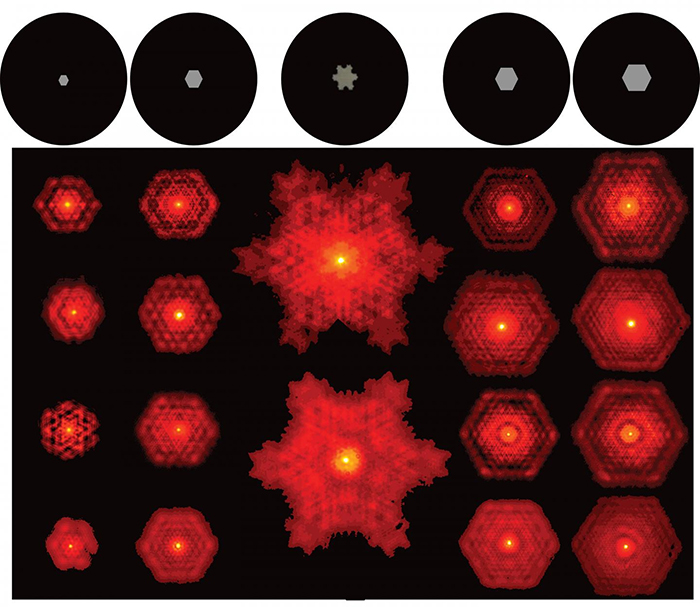 Through precise control of laser light within its spherical mirrors, scientists were able to get the light to a smaller or larger version of itself every time it returned to a point where it could be observed – resulting in fractals.

This observation point is called the common imaging plane, and it requires looking inside the optics of the laser itself, not at the resulting beam that comes out. It's early days in terms of how this discovery might be used in the future, but the potential across imaging, networks, antenna technology and medicine is significant, according to the researchers.

Fractals tie in closely with chaos theory (also known as the butterfly effect), that one small change in nature can have huge and unpredictable results.

Fractals can help map out some of these complex, dynamic systems, and having our very own fractal generators might give us a better understanding of how the universe works on a bigger scale.

Further down the line, the researchers are hoping to be able to develop custom-made lasers able to produce fractal designs on demand, something that will make them even more useful to scientists and engineers.

And the new research has led to another prediction: that the 2D images created here might one day be realised in 3D as well, with hints of a fractal structure existing along another axis inside the laser.

"This is the nature of science: answering old questions inevitably results in new, more complex questions to be answered," writes Forbes at The Conversation.

"So, although one chapter is closed, another remains completely unwritten."

The research has been published in Physical Review A.