A Whole Lot of Southwest Europe Is on Fire Right Now, And It's Only Getting Hotter

Firefighters battled to contain wildfires sweeping across southwest Europe on Sunday as a heatwave showed no sign of abating, with Britain poised to set new temperature records this coming week.

Blazes raging in France, Greece, Portugal and Spain have destroyed thousands of hectares of land and forced thousands of residents and holidaymakers to flee.

It is the second heatwave to engulf parts of southwest Europe in weeks. Scientists blame climate change and predict more frequent and intense episodes of extreme weather such as heatwaves and drought.

Spanish authorities reported around 20 wildfires still raging out of control in different parts of the country from the south to Galicia in the far northwest, where blazes have destroyed around 4,500 hectares of land.

🔥 A fire started in the early afternoon of July 11 is affecting the Natural Park of Las Batuecas-Sierra de Francia in #Spain.@CopernicusEMS services have been activated to provide maps: https://t.co/VWrkcWxLqM

The fires have already killed several emergency personnel since last week, most recently a fireman who died late on Sunday while battling a blaze in northwestern Spain.

In France, the situation deteriorated in the southwestern Gironde region where firefighters were fighting to control forest blazes that have devoured nearly 11,000 hectares (27,000 acres) since Tuesday.

The wildfires in France forced more than 16,000 people – residents and tourists combined – to decamp. Seven emergency shelters have been set up for evacuees.

Meteo France forecast temperatures of up to 40 degrees Celsius (104 degrees Fahrenheit) in parts of southern France on Sunday, with new heat records expected on Monday.

"In some southwestern areas, it will be a heat apocalypse," meteorologist Francois Gourand told AFP.

France placed 15 departments, mainly down its western seaboard, on red alert – the highest on the scale – on Sunday while 51 were on orange high alert.

The chapel of a historic hospital in the southeastern city of Lyon, Grand Hotel Dieu, offered refuge to tourists on Sunday including Jean-Marc, 51, who was visiting from Alsace.

"We came back to admire the place, but we can't leave, it's too hot outside. We say a prayer before the fire!" he quipped.

"I've never known such a hot day on a bike. It really was no picnic."

In Spain, firefighters managed to stabilize a wildfire that ravaged 2,000 hectares of woods and bushes in the southern region of Andalusia, regional leader Juan Manuel Moreno said.

The blaze started on Friday in the Mijas mountain range inland from the southern coastal city of Malaga and it spurred the evacuation of about 3,000 people.

Around 2,000 people had since returned home and now that the blaze has stabilized, Moreno said the remaining evacuees may do the same.

A fireman died from burns on Sunday while battling a blaze in Spain's northwestern province of Zamora, the regional government said.

Spanish Prime Minister Pedro Sanchez expressed his "condolences and affection" to the man's family and colleagues.

"There are no words to express thanks to those who fight fires without rest for their immense work. RIP," he added in a tweet.

Sanchez is due to visit the hard-hit eastern region of Extremadura on Monday where various fires have been raging for days.

The fireman's death comes after a pilot was killed last week when his plane crashed in northern Portugal, and two crew members died in Greece when their helicopter fell into the sea.

The extreme heat also claimed the lives of two men in Spain over the weekend.

A 50-year-old man in Torrejon de Ardoz just outside of Madrid died on Sunday after suffering heat stroke while out for a walk, local emergency services said.

And on Saturday, a 60-year-old street cleaner in Madrid died after suffering heat stroke while working the previous day. 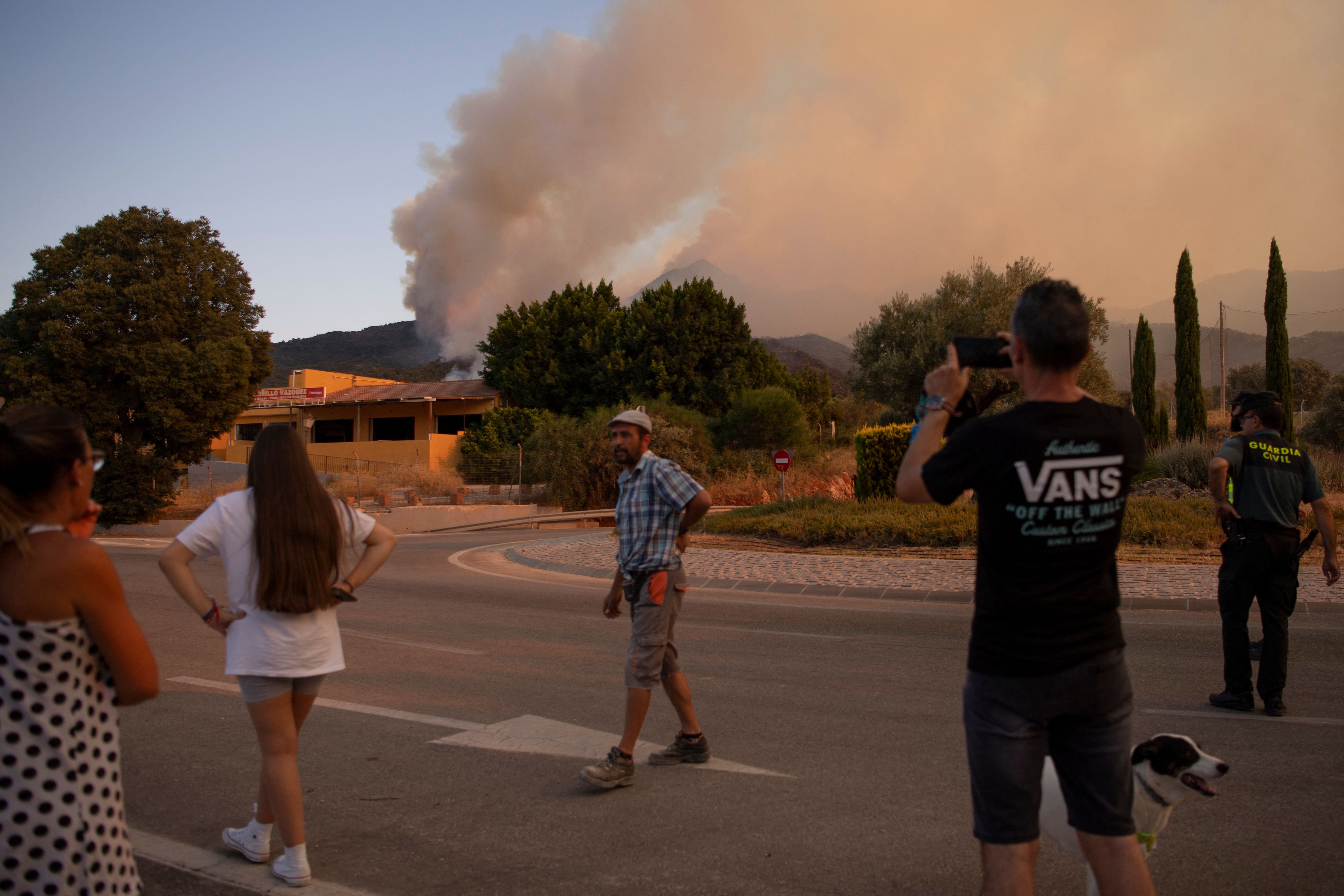 'Risk to life' in UK

In Portugal, almost the entire country remained on high alert for wildfires despite a slight drop in temperatures, after hitting 47 degrees Celsius – a record for the month of July – on Thursday.

Only one major fire was burning on Sunday in the north.

The fires have killed two, injured around 60 and destroyed between 12,000 and 15,000 hectares of land in Portugal.

In the United Kingdom, the weather office issued a first-ever "red" warning for extreme heat, cautioning there was a "risk to life".

The Met Office said temperatures in southern England could exceed 40 degrees Celsius on Monday or Tuesday for the first time, leading some schools to say they would stay closed next week.

Organisers of a four-day march in the Netherlands cancelled the first day of the mass event due to start on Tuesday because of extreme heat.

The mercury is set to reach 38 degrees Celsius in parts of the Netherlands on Tuesday.