Microgravity is pretty rough on us ground-dwellers - with bodies no longer constantly acting against gravity, muscle mass and bone density withers away. Even with two hours of exercise daily, it can take months for astronauts to recover their muscle density after a six-month stint on the International Space Station. Bone density can take years to recover.

So, the effect of microgravity on the bodies of astronauts on longer missions - say, a three-year round-trip to Mars - is of great concern. Now, it looks like genetically engineered space mice may get us closer to a solution.

These so-called "Mighty Mice" spent 33 days aboard the ISS, and retained significantly more muscle and bone density than control mice that had not been tinkered with.

"These findings," the researchers wrote in their paper, "have implications for therapeutic strategies to combat the concomitant muscle and bone loss occurring in people afflicted with disuse atrophy on Earth as well as in astronauts in space, especially during prolonged missions."

The target of the engineering was a protein called myostatin, which plays a significant role in regulating muscle growth. Mutations in the myostatin gene can produce something called myostatin-related muscle hypertrophy, resulting in mega beefcake muscling: this has been observed in some cattle, and this viral whippet. 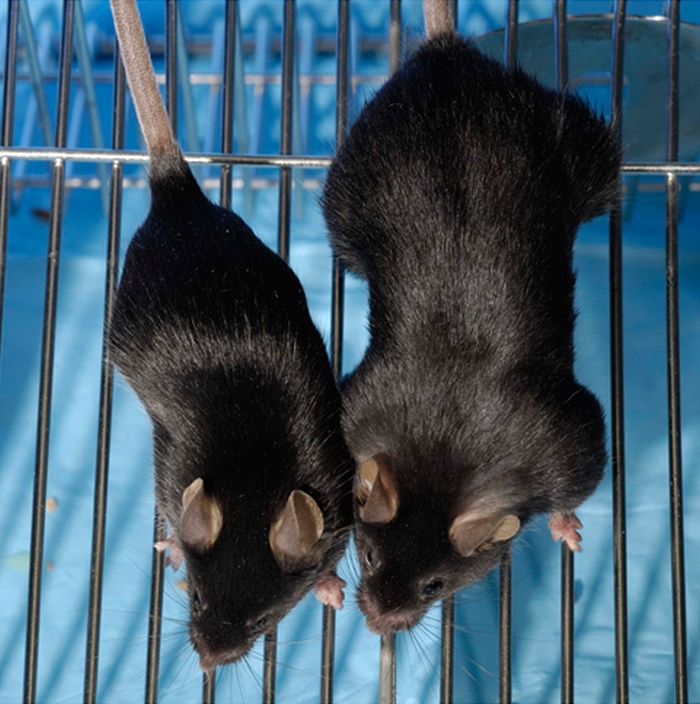 To create their Mighty Mice, molecular geneticist Se-Jin Lee of the Jackson Laboratory and endocrinologist Emily Germain-Lee of the University of Connecticut and Connecticut Children's knocked out the myostatin gene. Previously, this has been found to increase skeletal muscle mass and strength, and inhibit the growth of adipose tissue (fat).

But Lee and Germain-Lee wanted to see what would happen to these Mighty Mice in microgravity. So, in December of last year, they sent 40 female mice up to the ISS.

These mice were divided into five groups of eight mice each. Three of these groups were completely untreated wild-type mice - they served as a control for the experiment.

The fourth group were wild-type mice that were injected with ACVR2B/Fc, a protein that inhibits myostatin signalling and activin A, and can therefore induce muscle growth. The fifth and final group were the genetically engineered Mighty Mice.

At the same time as the mice were aboard the ISS, similar groups were maintained here on the ground, in the same environmental conditions as the space station: everything was the same, except for the microgravity.

The Mighty Mice, by contrast, with approximately double the starting muscle mass of the wild mice, did not lose much muscle mass at all. As the researchers wrote in their paper, "these data show that the enhanced muscling due to loss of myostatin is largely (if not entirely) maintained following exposure to microgravity."

The bone mineral density of ACVR2B/Fc mice aboard the ISS increased, too - although a little bit less than the ACVR2B/Fc ground mice, in contrast to muscle mass. And, on return to Earth, the ACVR2B/Fc mice recovered more quickly than the control mice, which continued to lose bone density for a time even after reentering Earth gravity.

"Hence," the researchers wrote, "blockade of myostatin/activin A signaling by treatment with the ACVR2B/Fc decoy receptor can dramatically increase bone mass even in the setting of microgravity and, furthermore, can protect against bone loss caused by microgravity."

It's far from a silver bullet, of course. For a start, we're a very long way from human trials. And knocking out the myostatin gene isn't harmless, either - previous research shows that the tendons in such mice tend to be brittle and weak, and their overall stamina is reduced.

But these Mighty Mice show us there could be a potential pathway for mitigating the effects of long-term space travel. And it could even help to develop new treatments for diseases such as osteoporosis, the gradual degradation of bone tissue, and spinal muscular atrophy here on Earth.