Google's nearly decade-long quest to get private space explorers to land a robotic spacecraft on the Moon is finally coming down to the wire – the five remaining teams have until the end of 2017 to meet the epic challenge.

The Lunar XPRIZE competition, first announced back in 2007, may amount to the most ambitious 'contest' Earth has ever seen – not to mention the Moon – and now the race is on, as the remaining entrants scramble for the chance to make space history.

Google announced the five finalists this week, dashing the hopes of 11 other teams from around the world that are now out of the running for the top US$20 million prize.

While that prize money is a big incentive to make it to space, competitors already need considerable resources, know-how, and contacts just to keep up in the high-stakes space-faring contest.

For the 16 teams that made it through up to this point, it was mandatory to secure a launch contract with a rocket services company by 31 December 2016 – a condition that the five finalists all satisfied.

"In entering the final stretch, we wanted to see and prove that these teams were on manifested launches," XPRIZE senior director Chanda Gonzales-Mowrer told Jonathan Amos at BBC News.

"That's important because it shows they must have money in place because they're now having to make payments to those launch providers. That gives us a lot of confidence. And we're now working with the teams on developing their mission profiles and in setting up the process to judge them."

That process will take place over what's set to be a dramatic final year for the competition. For the finalists with launch contracts in place, they must now take off by 31 December 2017.

Once their robotic, uncrewed spacecraft have been launched into space, the teams have to remotely land them on the Moon, where they will travel at least 500 metres (1,640 ft) across the lunar surface, and then transmit images and high-definition video back to Earth.

Not exactly a cakewalk, but the first team to rise to the challenge will take home a cool $20 million for their achievement.

Other than rewarding incredible ingenuity, one of the main aims of the competition is to raise awareness of space travel and put the scientific spotlight back on the Moon, which could be the ideal stepping stone for future space exploration efforts in the coming decades.

"Each of these teams has pushed the boundaries to demonstrate that you don't have to be a government superpower to send a mission to the Moon," Gonzales-Mowrer said in a press release, "while inspiring audiences to pursue the fields of science, technology, engineering, and mathematics."

So who's who among the last remaining competitors?

We've rounded up the five finalists below, each of which is vying to pull off the first Moon landing since China's Chang'e 3 mission in 2013.

From Tel Aviv, Israel, the non-profit SpaceIL has designed a 'hopper' craft that will land on the lunar surface, then launch off and fly 500 metres, before touching down again.

This US startup hails from Cape Canaveral, Florida, and calls the Moon the 'eighth continent'. They're also trialling a hopper lander, which you can see in testing above.

An international finalist, which will be launching its own craft on a NEPTUNE 8 rocket from a site in California. Who needs SpaceX when you can do it yourself? 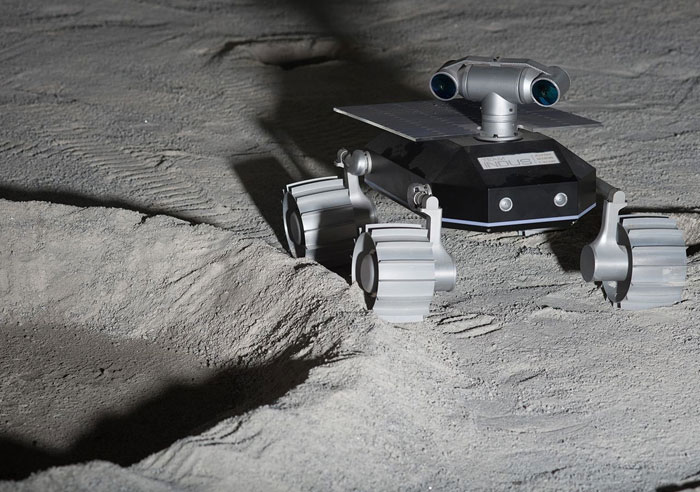 This Indian finalist will deploy what looks to officially be the world's cutest-looking rover from its lander. Good luck, little guy.

Hitching a ride with Tim Indus's Moon lander, this Japanese team has a dual-rover system.

The larger, four-wheeled 'Moonraker' is tethered to the smaller two-wheeled 'Tetris', and can lower the smaller rover to explore holes in the lunar surface.

All told, this is shaping up to be one heck of a space race, and it feels so much more real now that we're finally on the home stretch.

We can't wait to see how this awesome contest plays out from here.