These Are The Top 5 Deadliest Poisons on The Planet

This article was written by Simon Cotton from the University of Birmingham, and was originally published by The Conversation.

When asked to name a poison, people may well think of cyanide, arsenic, or strychnine. But these are not the most toxic substances known. More poisonous than these, but still not near the top of the tree, is tetrodotoxin, the pufferfish toxin that poisons around 50 Japanese people every year. The fish is a delicacy in Japan, but can be lethal if prepared incorrectly.

Incidentally, this was the poison favoured by evil assassin Rosa Klebb in James Bond film From Russia With Love. It also crops up in the blue-ringed octopus and was more recently discovered in tiny frogs in Brazil.

The LD50 (Lethal Dose, 50 percent) – the amount needed to kill 50 percent of the test population – is how toxicity is most often assessed, and is usually quoted per kilogram of body weight. On this scale, for example, sodium cyanide comes out at around 6 milligrams per kg. The LD50 of tetrodoxotin, by comparison, is around 300 micrograms per kg if orally ingested, and as little as 10 micrograms per kg if injected.

Assessing toxicity is not easy. The chemical state of a substance is important, as is how we ingest it. If we swallowed liquid mercury metal (as distinct from inhaling the vapour), it would very likely pass straight through us harmlessly. And yet when in 1996 an American professor got just a drop or two of the compound dimethyl mercury on her rubber gloves, it penetrated the gloves and her skin, sending her into a fatal coma some months later.

Nevertheless, here is a representative selection, in ascending order, of five truly deadly poisons, all at least a hundred times more toxic than cyanide, arsenic, or strychnine.

This extremely toxic plant poison was famously used to kill the Bulgarian dissident Georgi Markov, exiled in London. On 7 September 1978, he was waiting for a bus near Waterloo Bridge, when he felt an impact on the back of his right thigh. Looking round he saw a man bending down to pick up an umbrella. Markov was soon taken to hospital with a high fever – and died three days later.

An autopsy revealed a tiny sphere made of a platinum-iridium alloy in Markov’s thigh. The sphere had been drilled to take a small amount of ricin and may have been fired from an air gun hidden in the umbrella. 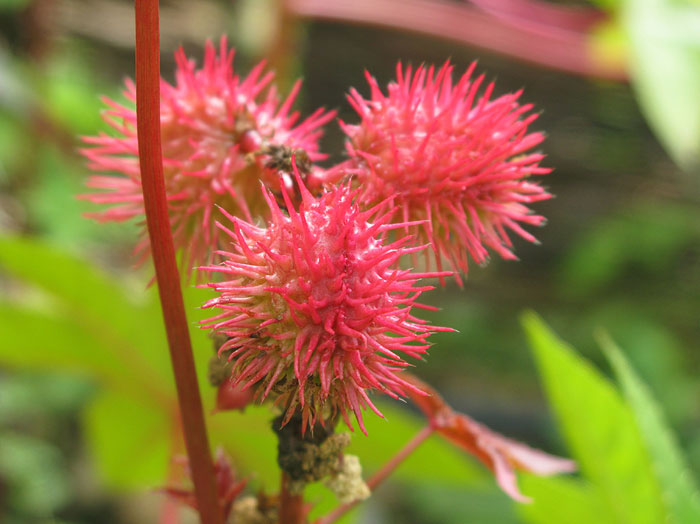 Ricin is obtained from the beans of the castor oil plant (Ricinus communis), which is cultivated to extract the oil – the ricin remains in the solid fibre. It is a glycoprotein that interferes with protein synthesis in the cell, causing cell death. It has an LD50 of 1-20 milligrams per kg if orally ingested, but far less is required to kill if inhaled or injected (as in Markov’s case).

The only synthetic compound in our top five, VX is a nerve agent with the consistency of engine oil. It emerged from ICI’s research into new insecticides in the early 1950s but proved too toxic to use in agriculture. VX kills by interfering with the transmission of nerve messages between cells; this requires a molecule called acetylcholine.

After acetylcholine has passed on its message, it needs to be broken down (otherwise it will keep sending the message) by an enzyme catalyst called acetylcholinesterase. VX and other nerve agents stop this enzyme from working, so muscle contractions go out of control and you die of asphyxiation.

Nerve agents were made by both sides during the Cold War, but VX became particularly well-known after featuring in Hollywood blockbuster film The Rock. Only one person is known to have been killed by VX, a former member of the Aum Shinrikyo cult, though some 4,000 sheep were killed by it in an accident in Skull Valley, Utah in 1968. It has an LD50 of as little as 3 micrograms per kg (although some reports suggest the figure is a little higher).

We’ve all heard of South American Indians using venom-tipped blowpipes to hunt their prey. Curare is the best known, and comes from a plant. The most toxic, however, come from the skins of tiny frogs – and the deadliest of all is Batrachotoxin.

Native Indians in Western Colombia collect these frogs – golden Phyllobates terribilis and multicoloured Phyllobates bicolor – and sweat out the poison over a fire before putting it on their darts. The LD50 is around 2 micrograms per kg, meaning that an amount the size of two grains of table salt will kill you.

Batrachotoxin kills by interfering with sodium ion channels in the cells of muscles and nerves, jamming them open so that they do not close. The continued migration of Na+ ions results ultimately in heart failure.

Interestingly, captive-born frogs of these species are not poisonous, suggesting that the poison is derived from their diet. Indeed, nearly 30 years ago, Jack Dumbacher, an American ornithologist, was working in Papua New Guinea when he was scratched on the hand by one of the local Pitohui birds. He instinctively put his hand to his mouth, which started to go numb.

Eventually, it was found that these birds – on the opposite side of the world to Colombia – have plumage containing the same poisonous molecule as the frogs. It is thought that both the birds and frogs obtain the toxin from the beetles they eat – although the poison is far less potent in the birds.

There are a number of potent marine toxins, such as Saxitoxin, which are often the cause of poisoning after eating contaminated shellfish. These are often associated with harmful algal blooms in the sea. 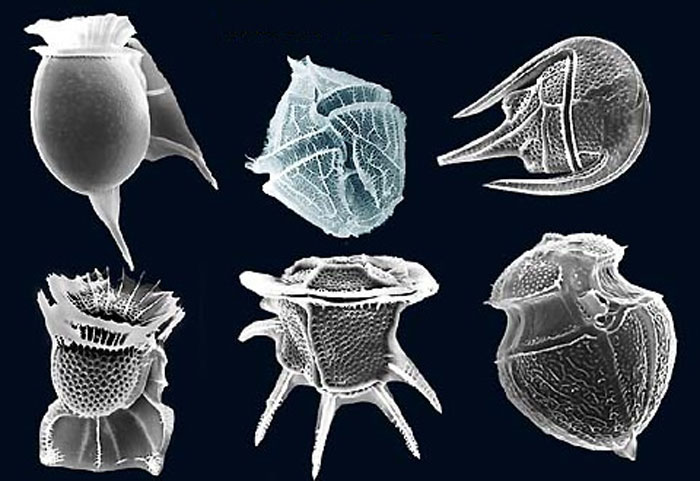 Maitotoxin is the most lethal of these substances, reckoned to have a LD50 about an order of magnitude less than batrachotoxin. Formed by a dinoflagellate, a kind of marine plankton, it has a very complicated structure, which presents a massive challenge to synthetic chemists. Maitotoxin is a cardiotoxin. It exerts its effects by increasing the flow of calcium ions through the cardiac muscle membrane, causing heart failure.

Scientists differ about the relative toxicities of substances, but they seem to agree that botulinum toxin, produced by anaerobic bacteria, is the most toxic substance known. Its LD50 is tiny – at most 1 nanogram per kilogram can kill a human. Extrapolating from its effect on mice, an intravenous dose of just 10-7g would be fatal to a 70kg person.

It was first identified as a cause of food poisoning due to incorrectly prepared sausage (Latin, botulus) in late-18th century Germany. There are several botulinum toxins, with type A being the most potent. These are polypeptides, consisting of over 1,000 amino acid molecules joined together. They cause muscle paralysis by preventing the release of the signalling molecule (neurotransmitter) acetylcholine.

This same paralysing property is fundamental to the clinical use of the botulinum toxin in cosmetic Botox. Targeted injections of tiny amounts of the toxin stop particular muscles from working, relaxing muscles that would otherwise cause wrinkly skin. But it has also been applied to a range of clinical conditions, such as paralysing muscles that, if untreated, would cause crossed eyes (strabismus).

There is increasing interest in using the properties of toxic substances medicinally. The venom of the lethal Brazilian pit viper, Bothrops jararaca, for example, contains blood-pressure reducing molecules that have led to pioneering treatments for high blood pressure.

As Paracelsus is reported to have said 500 years ago: "All things are poison, and nothing is without poison: the dose alone makes a thing not poison." And he had a point. Ultimately, we are surrounded by potentially dangerous substances – it’s the dose that makes it deadly.