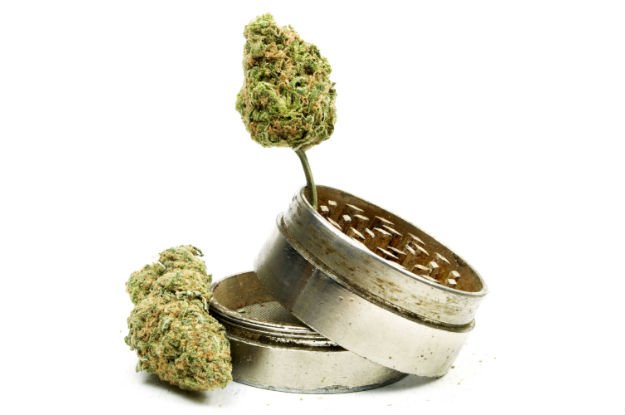 Heavy Marijuana Use Shrinks Your Brain But Increases Connectivity

There’s a reason why every time new research is published about marijuana it’s met with furious debate - even the scientists who specifically research its effects can’t definitively say what they are. Just this year, new research has suggested that it can cause a decrease in the quality of your sperm, while another study identified it as a possible treatment for autoimmune disease. One study said it doesn’t have any effect on your IQ, but and another said that if you’re a teenage user, it can cause cognitive decline, and yep, a decreased IQ.

But now, neuroscientists in the US have completed the first comprehensive investigation into the effects of long-term marijuana use, and what they found could go a long way in explaining the confusion around it. One thing was clear - the brains of people who heavily use marijuana are different to those of their peers. But not only do the effects of the drug appear to change over the course of extended use, they also appear to differ depending on what age you start using.

The team, from the Centre for Brain Health at the University of Texas, recruited a relatively large group of participants, including 48 adult marijuana users and 62 gender- and age-matched non-users. They accounted for any biases that might skew their results such as gender, age, ethnicity, and tobacco and alcohol use. The marijuana uses were all classified as ‘chronic users’ who had been consuming the drug three times a day, on average, for the past 10 years, and showed no signs of psychosis or neurological disorders.

The participants were put through a number of cognitive tests while their brain activity was being scanned and imaged by an MRI machine. According to Abby Phillip at The Washington Post, three characteristics of the brain were analysed, including the volume of a region called the orbitofrontal cortex (OFC); how connected the OFC was to other areas in the brain; and the structural integrity of the brain tissue. The OFC region of the brain is associated with feelings of addiction, the ability to make decisions, and increased brain connectivity.

The cognitive tests resulted in lower IQ scores for the chronic marijuana users, and the brain scans revealed that they had smaller brain volume in the OFC region - but the team was careful to point out that there appears to be no correlation between the two results.

"The orbitofrontal cortex is one of the primary regions in a network of brain areas called the reward system,” said lead author and neuroscientist, Francesca Filbey, in a press release. "It helps us determine what is good for us and what keeps us sustained. In this case, the orbitofrontal cortex plays a role in drug use because drug use and things associated with it - paraphernalia for example - are associated with the rewarding effects of drugs.”

So the area in our brains that evolved to help us stay motivated based on a reward system appears to shrink over the course of long-term marijuana use, and the younger a user starts, the more significant the shrinkage.

But, strangely enough, the team also found evidence that the brains of chronic marijuana users had been compensating for OFC shrinkage by actively increasing connectivity between different areas to the brain, and increasing the structural integrity of the brain tissue. These increases appear as soon as a person begins using marijuana, and they become more significant the heavier the use. Until a point.

After about six or eight years of chronic marijuana use, this increased connectivity starts to decline, leaving long-term users with a shrunken OFC and only slightly above average connectively. The results have been published in the journal Proceedings of the National Academy of Sciences.

"To date, existing studies on the long-term effects of marijuana on brain structures have been largely inconclusive due to limitations in methodologies,” said Filbey. "While our study does not conclusively address whether any or all of the brain changes are a direct consequence of marijuana use, these effects do suggest that these changes are related to age of onset and duration of use.”

Importantly, as Phillip explains at The Washington Post, there’s so far no evidence to suggest a connection between the structural integrity of the OFC and certain human behaviours. "And it is possible that the small orbitofrontal cortex observed in marijuana users predated their marijuana use," says Phillip. "A 2012 study found that smaller orbital frontal cortex volume at 12 years of age appeared to predict the initiation of marijuana use later in life.”

So once again, we’re left with an inclusive study, but what we can say is that, at least in the early days of use, any damage that’s being done appears to be compensated for by the incredibly adaptable human brain - particularly if you start young.